Free Games with Gold for April 2017

Hack and slash action, adventure, and historical games on offer next month

Microsoft has announced the Xbox Games with Gold lineup for April 2017.

Available from April 1 - 30 on Xbox One is Ryse: Son of Rome. Play as Roman soldier Marius Titus who aims to avenge the slaying of his family and fight to save the Roman Empire. This third-person hack-and-slash boasts combo-based combat with high fidelity graphics and environments.

Then from April 16 - May 15, members on Xbox One can continue the story of Clementine, a young girl orphaned by the zombie apocalypse, in The Walking Dead: Season Two. Your choices and actions impact the story as you are constantly tested to survive in a world gone mad. Meet other survivors, explore new locations, and make gruesome decisions in this excellent five-part series.

On Xbox 360 and Xbox One through Backward Compatibility, from April 1 to 15 members can download Darksiders. Dishonored after the premature end of the world, War must return to post-apocalyptic Earth to seek out those responsible, fighting angel and demon alike who blame you for the devastation.

Lastly, between April 16 - 30, Xbox One and Xbox 360 members can download Assassin’s Creed: Revelations. Following in the footsteps of the original game’s hero, Altair, Ezio seeks to uncover the secrets of the master assassin. Explore Constantinople, Cappadocia, and Masyaf, bringing the Renaissance assassin through the lands of the original master. 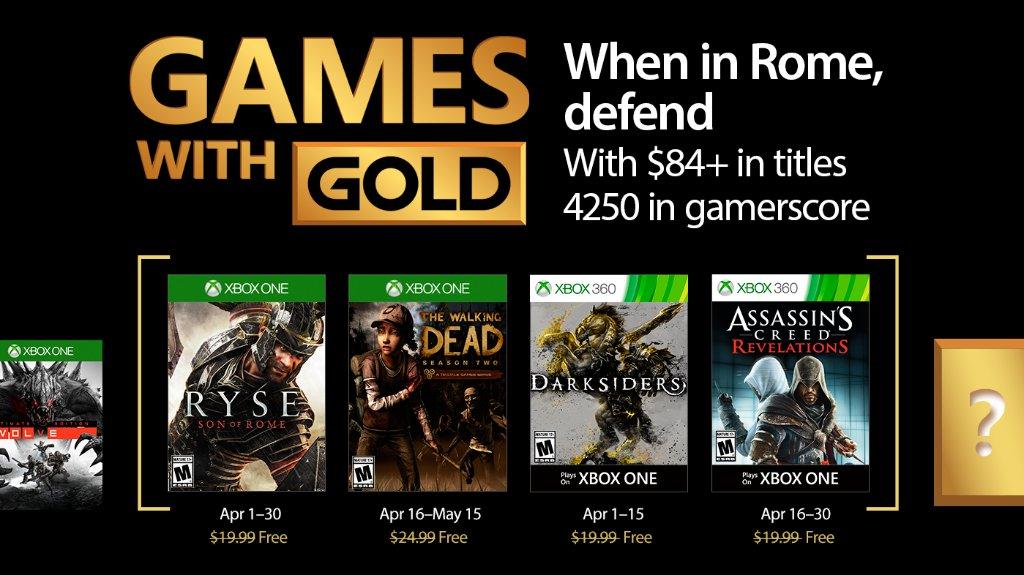 Crackdown
Online
There are currently 0 members and 132 guests on the website right now. Who's On?
Activity in the past 10 minutes:

Sniper: Ghost Warrior Contracts 2 out in June
Mar 5, 2021 by dapperr
well priced and fun for what it is, new setting looks...