Forza Horizon is a racing video game for Microsoft's Xbox 360 video game console. Developed principally by Playground Games in association with Turn 10 Studios, the game will be a part of Turn 10's long-running Forza Motorsport franchise, but is considered more of a spin-off. Forza Horizon combines the automotive thrills that Forza fans expect with a gorgeous open-road world that begs to be explored. 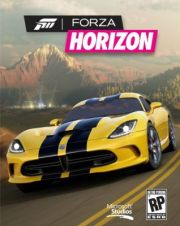 Our Review of Forza Horizon
88%
Great
The Verdict:
"A new direction for the racing franchise thrives in its debut"
Game Ranking
Forza Horizon is ranked #54 out of 1841 total reviewed games. It is ranked #7 out of 145 games reviewed in 2012.
53. Dishonored
PC
54. Forza Horizon