Free Games with Gold for October 2019

Action titles for both family and adults free next month

Microsoft has announced the Xbox Games with Gold lineup for October 2019.

First up, available October 1 to 31 on Xbox One is Tembo the Badass Elephant. Help the National Army defend the Shell City by smashing, punching and butt-stomping the enemy. Then, from October 16 to November 15 on Xbox One, subscribers get grab Friday the 13th: The Game. Stalk, ambush and strike fear in the hearts of many as you take control of the legendary Jason Voorhees. Or try to survive the night as the Camp Crystal Lake counselors by either hiding as best you can or bringing the fight directly to Jason.

Also available October 1 to 15 on Xbox One & Xbox 360 is Disney Bolt. Based on the television series set within the feature film, utilize Bolt’s superpowers or Penny’s hacking skills to outwit your enemies and save the day. Then, from October 16 to 31 on Xbox One & Xbox 360 subscribers can grab Ninja Gaiden 3: Razor’s Edge. The legendary ninja, Ryu Hayabusa returns, but with a deadly curse threatening to destroy him. 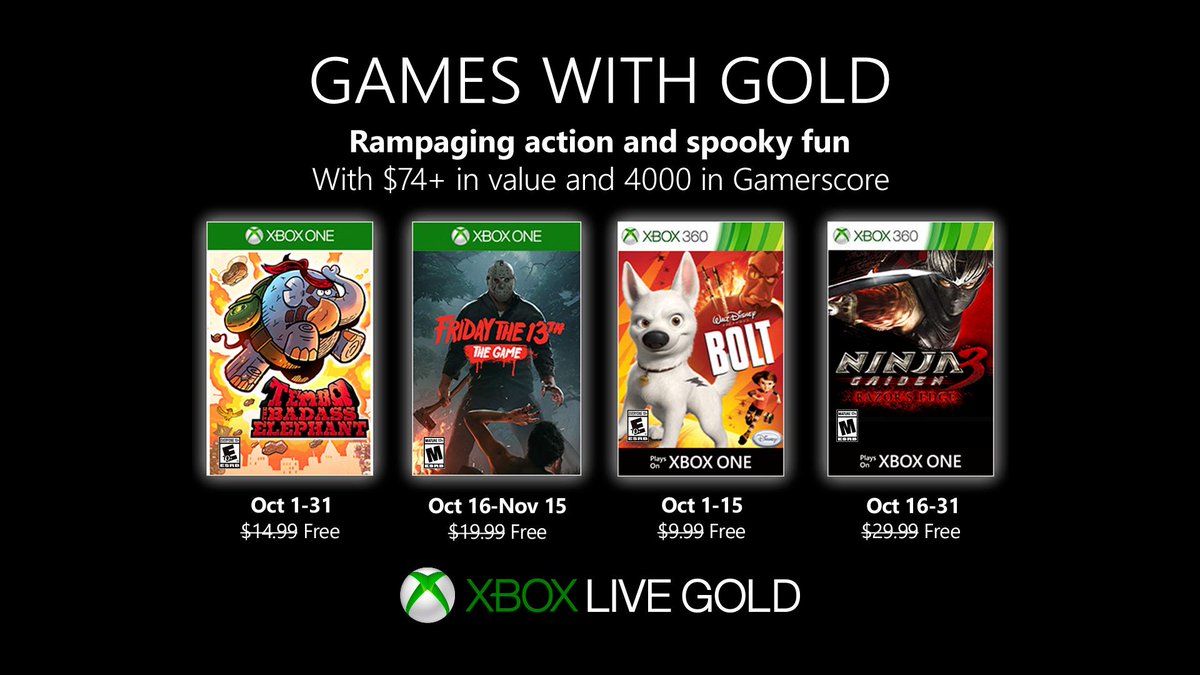 WH40k: Space Marine
Online
There are currently 0 members and 71 guests on the website right now. Who's On?
Activity in the past 10 minutes: