Free Games with Gold for July 2019

Platforming adventures of all types on offer next month

Microsoft has announced the Xbox Games with Gold lineup for July 2019.

First up, available July 1 to 31 on Xbox One for members is Inside. Hunted and alone, take control of a young boy through creepy atmospheric environments, survive all forms of deadly traps and enemies and journey your way to the heart of a covert institute.

Later, from July 16 to August 15 Xbox One subscribers can grab Big Crown: Showdown. Compete for the crown in 4-player local or online multiplayer in three wacky worlds full of medieval shenanigans.

Available to members from July 1 to 15 on Xbox One and Xbox 360 is Castlevania: Symphony of the Night. In this 2-D adventure/RPG platformer, battle the forces of evil, upgrade your armor and stats, and solve the mystery of what became of the previous hero, Richter Belmont.

And finally, from July 16 to 31 on Xbox One and Xbox 360 members can download Meet the Robinsons. Based on the animated movie, help Wilbur Robinson pursue the dastardly Bowler Hat Guy and his robotic hat, Doris, through time and thwart their evil plans. 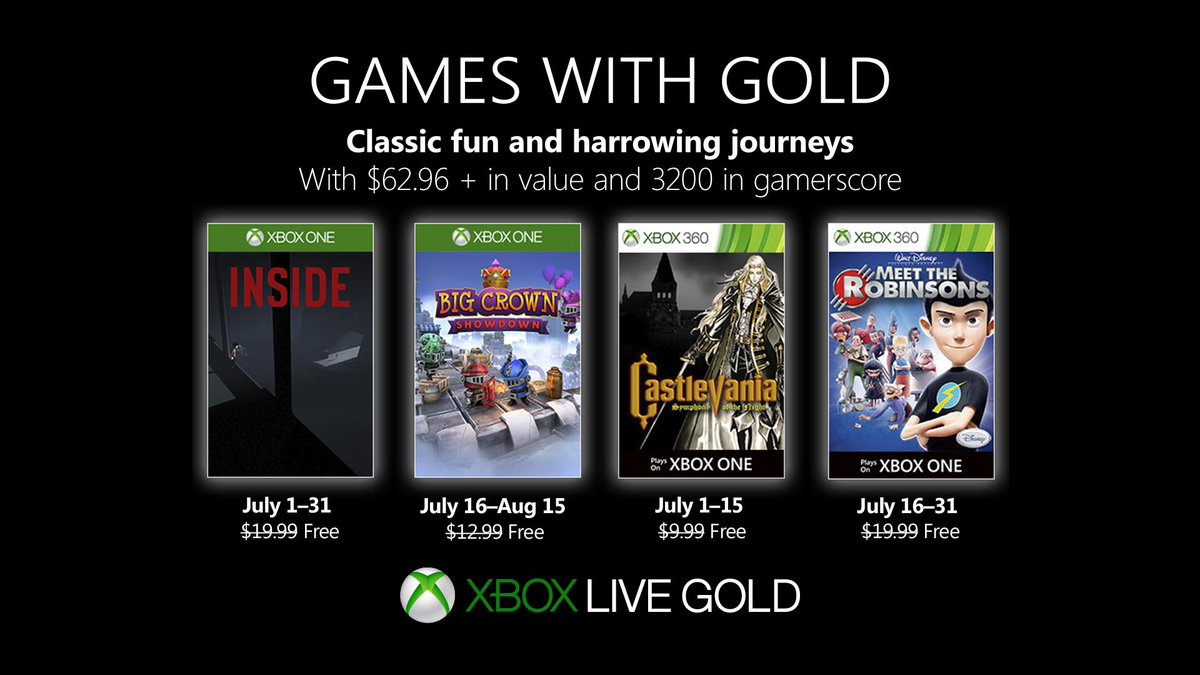 Rage
Online
There are currently 0 members and 96 guests on the website right now. Who's On?
Activity in the past 10 minutes: