Free Games with Gold for January 2019

Platforming, racing, and adventure to start the new year

Microsoft has announced the Xbox Games with Gold lineup for January 2019.

From January 1 to 31 on Xbox One, members can grab a free copy of Celeste. Help Madeline survive her inner demons on her journey to the top of Celeste Mountain, in this platformer from the creators of TowerFall.

Then, from January 16 to February 15 on Xbox One, members can get WRC 6 FIA World Rally Championship. Whether fog, mud, or punctured tires, you’ll deal with it all, in 11 Super Special Stages including local split-screen multiplayer.

On Xbox One and Xbox 360, from January 1 to 15 members can download Lara Croft and the Guardian of Light. This title combines the hallmarks of the Tomb Raider franchise including exploration & discovery, platforming, and puzzle solving combined with character progression, fast-paced combat, and elements of human cooperation and competition.

And from January 16 to 31, members on Xbox One and Xbox 360 can get Far Cry 2. Caught between two rival factions in war-torn Africa, you are sent to take out "The Jackal," a mysterious character who has rekindled the conflict between the warlords, jeopardizing thousands of lives. 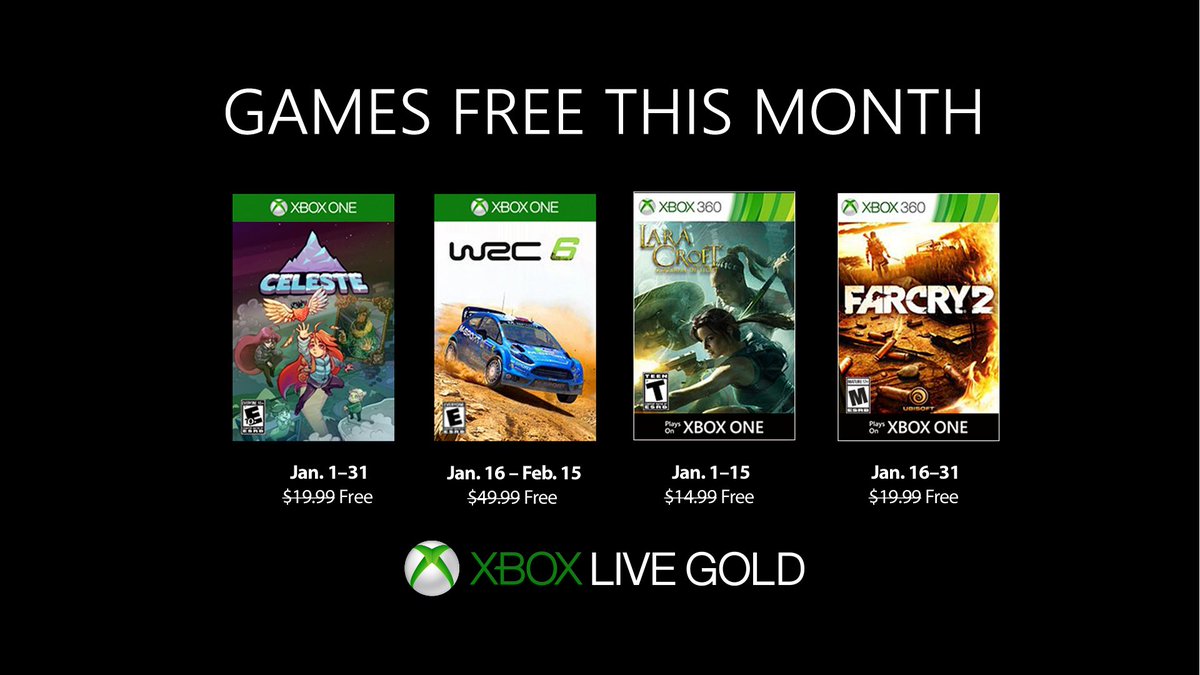 Need for Speed The Run
Online
There are currently 0 members and 81 guests on the website right now. Who's On?
Activity in the past 10 minutes: