Check out our Editor's picks for the past year! See our Best and Worst Games of 2009! 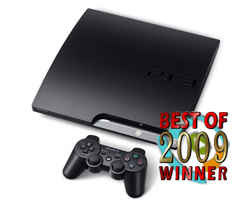 Sony knocked many people off their feet when announcing a new PS3 model with an aggressive price drop. Microsoft in turn responded and dropped the price of their Elite model bringing very cheap consoles to all. Perfect timing and the PS3 continues to do well in the sales numbers.
Honorable Mentions:
Windows 7 / DX11
Project Natal
PC Digital Distribution thrives
Deus Ex 3 may be PC exclusive
Worst News of 2009:
MW 2 PC servers fiasco 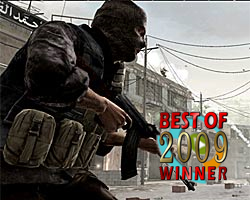 Although no dedicated servers brings Modern Warfare 2 on par with its console brethrens it’s a step backwards on the PC platform and a step back from COD 4. The peer2peer system offers inconsistent performance, server migration and a lack of simple features. Not to mention that PC gamers didn’t know about it until it was on a podcast only 3 weeks before official release.
Honorable Mentions:
DLC on release day
Game industry not safe from recession

Modern Warfare 2 may have been good fun online and even had some decent parts in the tightly controlled single player campaign. But we don’t really feel that the overall game justifies 4.7 million copies being sold the day of release when there are many other superior games that miss out on such absurd sales numbers.
Honorable Mentions:
Halo 3: ODST 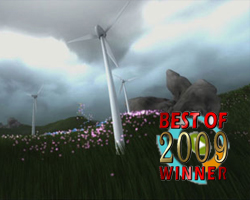 Flower is one of the best games of 2009, but unfortunately it does not have a mass appeal of something like Modern Warfare 2. Also, being avaliable only online (via PSN) and only on one platform, severely limited the sales numbers for this great title.

Countless news articles, hoards of screenshots and videos make this a fairly clear winner in 2009. Of course full credit to the PR crew in charge of controlling, or setting free, this runaway monster train for maximum sales across 3 platforms.
Honorable Mentions:
Halo 3: ODST 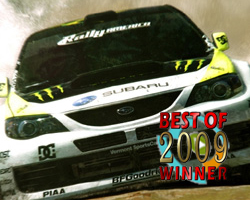 DiRT 2 was delayed because ATI were investing some big bucks to get some DirectX 11 support and to bundle it with their 5800 series graphics cards. Delayed a few months to give PC gamers the superior version with crystal clear graphics it was money well spent. 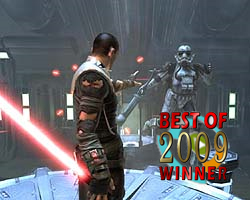 Originally Force Unleashed wasn’t released on PC because at the time (May 2008) it would require “$4,000 high-end system”. It was released over a year later and the recommended specification was a 9800GT. When the game was released the only graphical options gamers could change was the resolution. No wonder it required such a beefy machine, it was never designed for PCs and the port shows.
(Dis)Honorable Mentions:
Saint's Row 2 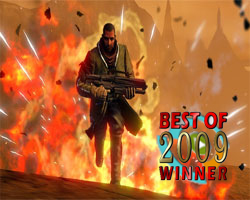 The original Red Faction wasn’t bad, it brought geomod tech. Red Faction 2 however wasn’t that great. Guerrilla changes direction for the franchise but still keeps it well within the universe producing a solid sequel. 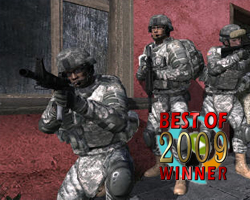 America's Army really established itself as a great free shooter with AA2. So understandably, after many years of development, players were expecting to have a great time with part three. However, tons of technical issues and a rocky launch prevented the game from ever taking off, making it this year's worst sequel. 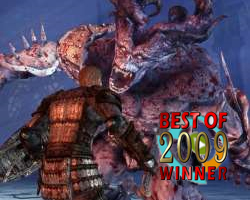 Dragon Age creates another fantasy universe but with its own lore and religions. Each piece of story seems intricately crafted with seemingly unlimited potential in terms of stories and more games in the universe. 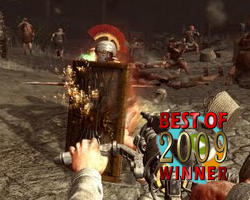 What started out to be an ambitious time-travelling epic turned into a poorly presented demo for a new engine. The game isn't downright awful, but with so much wasted potential, it is the worst game we've played all year.

Game of the Year Awards 2022
We look back at the last year and present our 14th annual awards!
Posted 18 days ago