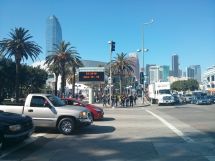 Assassin's Creed Valhalla launches in November
Viking raider adventure is coming this Fall
27 days ago
Far Cry 6 announced
Open world shooter is coming to current and next gen consoles
27 days ago
Tetris Effect getting multiplayer expansion
The game will launch on Xbox with Connected modes
16 days ago
S.T.A.L.K.E.R. 2 first details
The open world sequel is coming to PC and Xbox Series X
16 days ago
More Xbox Game Studios titles coming to Xbox Series X
Current Xbox One franchises are being optimized for the next console
16 days ago
New Forza Motorsport in development
Racing franchise gearing up for Xbox Series X
15 days ago