The developers of the recently released game Velvet Assassin have closed down.

Released earlier this year on 360 and PC Velvet Assasin received mixed reviews. However now just four months after the launch of the stealth action title the developers Replay Studios have been forced to close. Indicating poor sales for the game.
The Lead Programmer Claus Praefcke confirmed it in a forum post:
http://www.usf3.de/forum/showthread.php?s=7712128c966a40219b9b0454f5bc6749&t=12239
The game scored 74 in a recent review on our website. 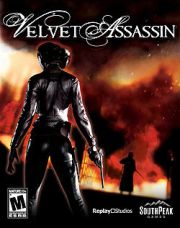