Free Games with Gold for November 2019

Mystery, space combat, and survival on this month's roster

Microsoft has announced the Xbox Games with Gold lineup for November 2019.

First up from November 1 to 30 on Xbox One subscribers can grab Sherlock Holmes: The Devil’s Daughter, the eighth game in the series. Playing as the great detective, players will have to track down evil in the darkest corners of London and the human spirit, exploring several neighbourhoods in the city in search of clues and suspects.

Later, November 16 to December 15 on Xbox One, members can get The Final Station. Operate a locomotive in a dystopian world in The Final Station. In this post-apocalyptic adventure, the infected are all around and it’s up to you to safely transport your passengers on the dangerous rails. Keep your train operational, look after the survivors and make the next station at all costs.

Also available November 1 to 15 on Xbox One & Xbox 360 for members is Star Wars: Jedi Starfighter. Relive the events leading into Star Wars: Episode II – Attack of the Clones. The galaxy is in turmoil and Ada Gallia is dispatched by the Jedi Council to investigate the disturbances in the Karthakk system. Flying the new prototype Jedi Starfighter, maneuver and blast through enemy ships and take the fight to the Trade Federation.

And finally, November 16 to 30 on Xbox One & Xbox 360 members can download Joy Ride Turbo. Perform crazy stunts or challenge your friends in kart racing. Jump from cliffs, show off your skills, and unlock extra cars for more death-defying tricks. 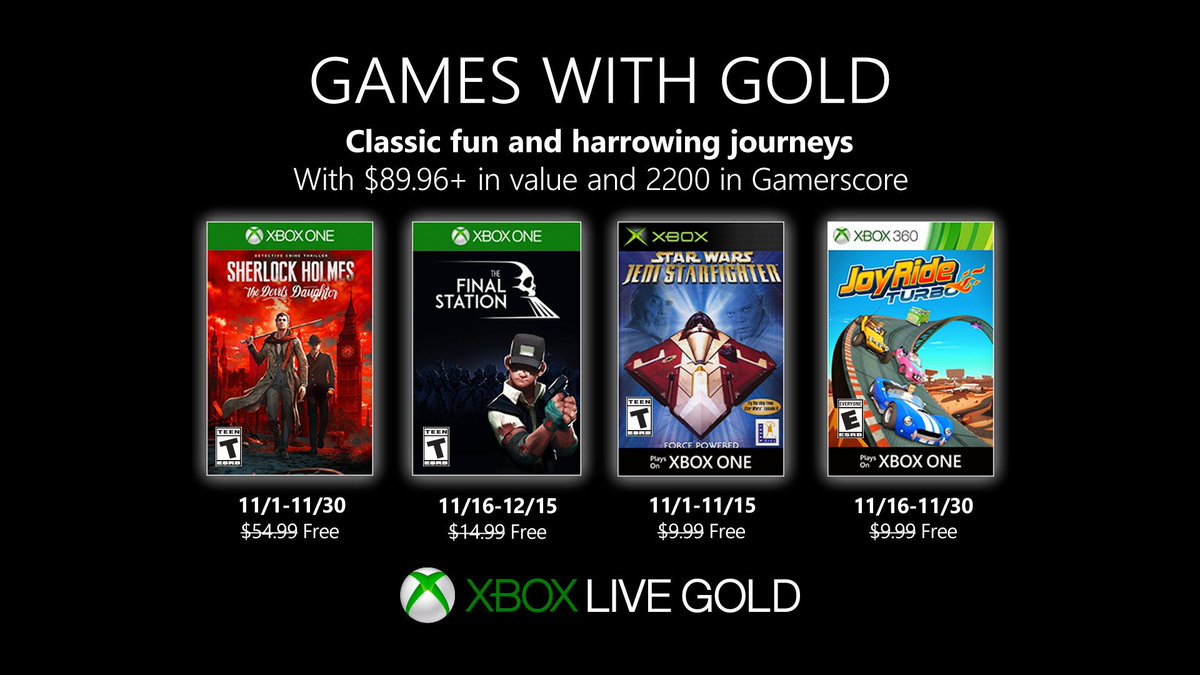 Defiance
Online
There are currently 0 members and 98 guests on the website right now. Who's On?
Activity in the past 10 minutes: