Driving trains and saving brains in this challenging survival shooter

There must be something deeply alluring about pummeling the undead. By now, the risen, resentful and the rotting have had their prompt re-pummeling served to them on seemingly every platter imaginable. They've been shot, flung, chainsawed, detonated and - with innumerable thanks to PopCap - ravaged by the botanical community. And though The Final Station doesn't necessarily find new ways to clobber the undead, a blend of strategic combat and wistful narrative affords Do My Best's debut a lusty cry in the prolific zombie sphere. Plus, you get to drive a big train. 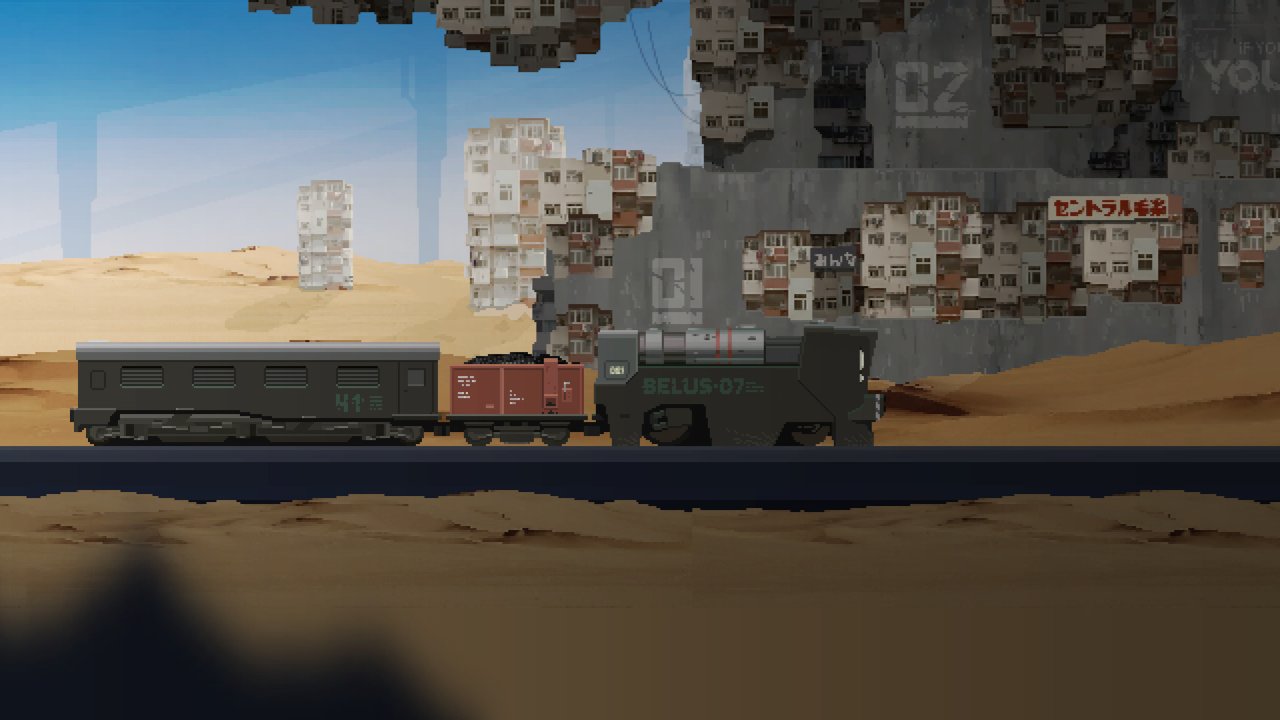 The Final Station doesn't much fuss with introductions. You're promptly shunted into a dingy hallway, and left to suss out the basics by exploring a network of adjoining rooms. Your feet aren't hard to find however, despite the murky environment, with left-to-right sidescrolling and object interaction forming the base of the game's control scheme. It's generally best-approached with a controller - though the lax right-stick aim can prove frustrating - providing a simple, purposeful design that is memorized during the tutorial.

After a brief encounter with a horde of undead nasties, you reawaken in a ramshackle village with but a tattered black cap to your name. As it turns out, you're the new chump in charge of the Belus 07; a "very important train" designed to carry humanity's last surviving remnants. No pressure.

While it may sound a tall order for someone snatched straight from the clutches of zombie-hood, train maintenance is kept decidedly simple. There are only a handful of systems to manage, with notifications popping up now and then when a component requires your attention. It's largely a case of evening out the power supply, alternating between the train's components to ensure the train keeps moving and passengers don't choke, offering some reflective respite between each of your zombie-staunching stops. But do keep an eye on your passengers, won't you? They won't thank you for letting them starve.

The Final Station is - spoiler alert signs at the ready - largely an action-survival game, with some light management thrown in as your band of train-hoppers expands. Guided by your post-apocalyptic freighter, you travel throughout a forlorn wasteland, visiting numerous struggling districts in search of resources and weary passengers. Stages themselves revolve around the retrieval of access codes, which generally lay locked behind doors or deep within zombie-riddled sewers. Much of the attraction here lies in the game's strategic combat, consisting of multiple, enemy-filled labyrinths that must be excavated with caution. 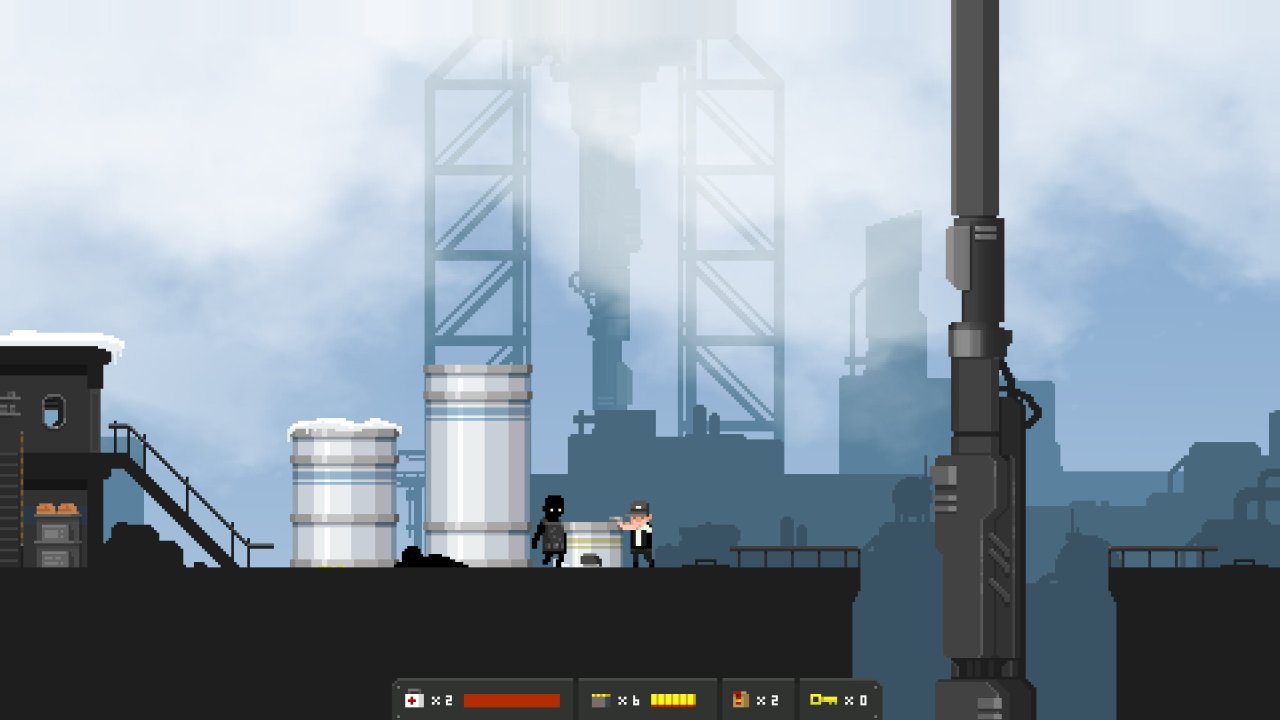 While enemy diversity is relatively slim, The Final Station's tendency toward group-encounters keeps the player on their toes. Standard walkers will thump you sluggishly with their flailing meat-fists, while you'll need to act quickly to avoid being gnashed by nippy floor-crawlers. Some enemies are decked out with armour, and require a swift strike to the head to be made vulnerable enough to shoot. There's the occasional frustration in getting enough distance to shoot (something made more so by the controller's stodgy aiming function), but with a little observation, strategy and the odd spot of trial and error, the niggle gradually fades.

Ravaged victims can occasionally lend health or top up your ammo, though the scarcity of both is noticeable enough to keep encounters challenging. As such, you're encouraged to use environments to your advantage, throwing boxes and chairs at rabid foes before dipping into your precious bullet-fund.

The neat pixel look reminds of tinyBuild's elder-published Party Hard, though the environmental shabbiness, morose enemy design and brooding parallax backgrounds evoke an only-just-more-colourful Limbo. It's a welcome tone, given the cheerful swells of endearment the 8-bit style seems championed for nowadays, affording worlds a tangible sense of danger, without losing their toonish charm. There's even some Walking Dead thrown in there, because of course there is.

The restricted visuals even lend to the game's foreboding tone in places. Dark secrets lay hidden beneath the surface of towns, often leading to vague documents or cryptic notes concerning the mystery behind your locomotive quest. You'll likely stumble upon letters across your townly visits; mere footprints left by previous inhabitants who've since left or disappeared. While many offer a touch of comedy amidst the sombre surroundings, others echo The Last of Us in their wistful communications amidst an unforgiving world - especially once you start scratching away at each town's shattered surface. 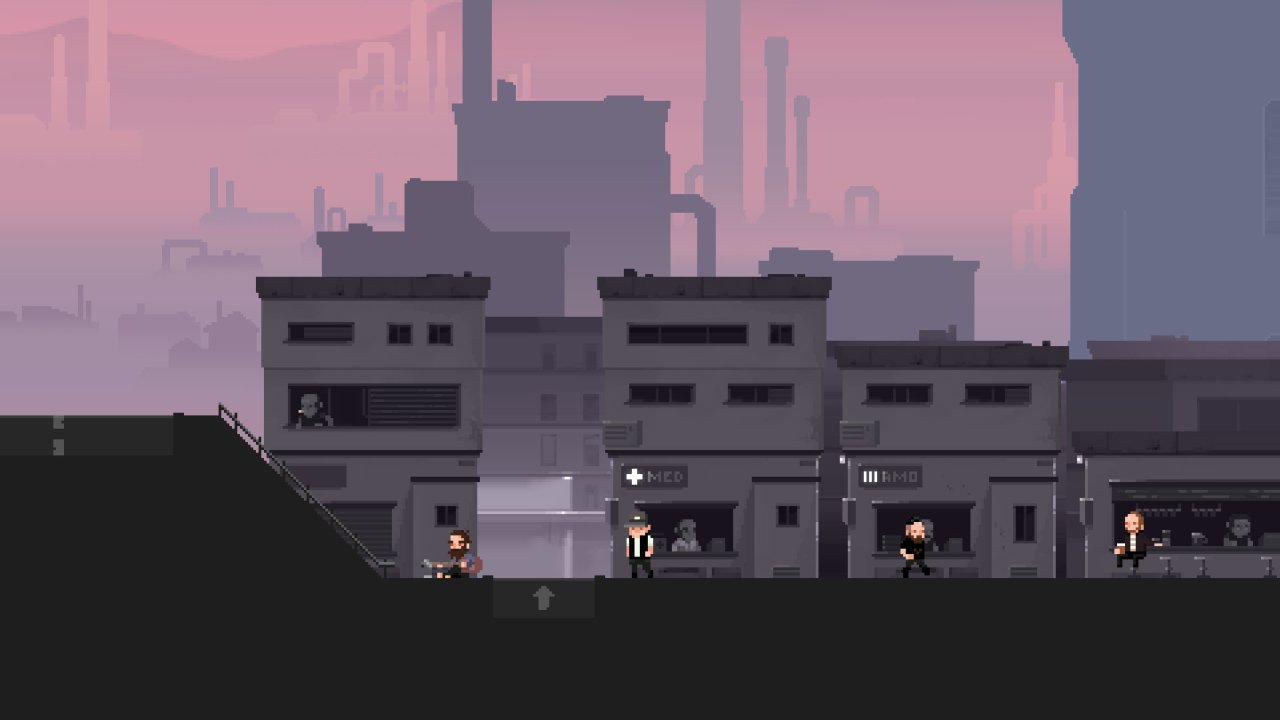 This said, the narrative focus overlaying The Final Station's discoveries occasionally proves underwhelming. While uncovering hidden pathways can lend to interesting tonal shifts, others offer little else than a few zombies to cull - and with no reward compensate. As a result, I often found myself questioning whether venturing off-road would be worth the hassle - especially given the scant ammo supply.

This isn't to say that exploring amounts to nothing. My wary toils through perilous sewers often furthered the story; posing buried rooms or discarded documents that changed my opinion towards certain districts. The further I progressed, the murkier my world became and towards the end, what begins as a fun zombie pastiche gradually peels away to reveal a really quite touching tale of survival and sacrifice.

Clocking in at around six hours, The Final Station isn't a long game, but the ultimately repetitive stages ensure the journey doesn't begin to drag. Indeed if it wasn't for the mysterious narrative, it might've bordered on dull - and it's something uncomfortably realized in the game's stilted conclusion. In its many mystical documents and tantalizing hints, The Final Station does a beautiful job of leading somewhere, only to arrive in a confused twist-ending that feels too underdeveloped to satisfy. 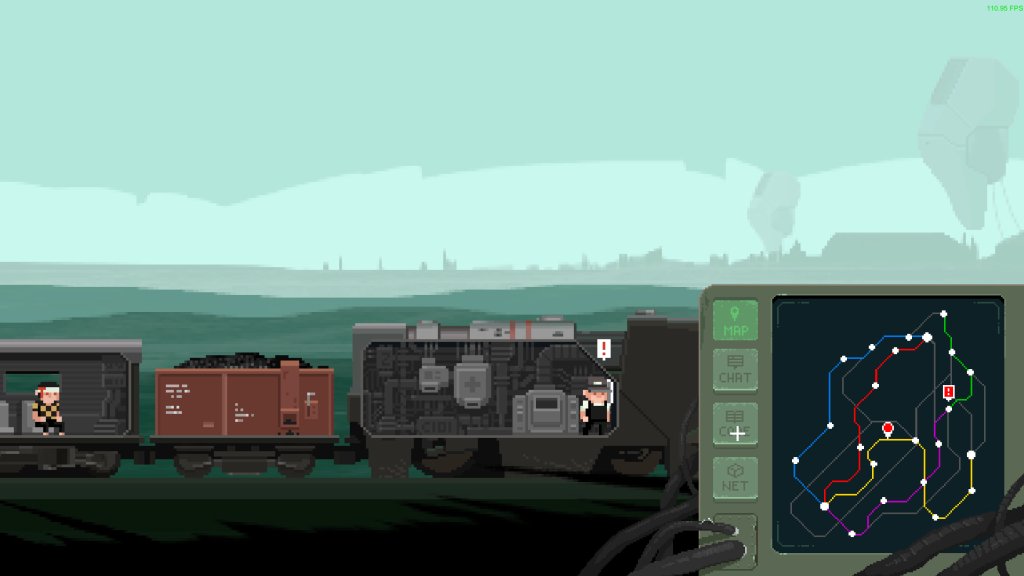 The Final Station is a thoughtful nod to the post-apoc dystopian. Tapping the giants of zombiedom with a charming visual style, its tunnels are appreciably difficult and unyieldingly strategic. The ending can feel abrupt - somewhat spoiling the suspense elsewhere - but as a challenging survival entry in an overswamped genre, The Final Station makes for a notably concise journey that doesn't outstay its welcome.

Our ratings for The Final Station on PC out of 100 (Ratings FAQ)
Presentation
85
The trendy pixel look is rejuvenated, minus the dewy-eyed optimism. Do My Best instead offer a collection of forlorn environments against striking parallax backgrounds, while the ghostly enemy design carries a distinct Limbo vibe.
Gameplay
75
Controls are kept simple, with a distinctly memorable basis. It's much a controller affair, though precision can be thwarted in combat- as the finicky aiming system often results in frustrating firearm flailing.
Single Player
78
Its many hidden documents and dialogue exchanges carry the beginnings of a heartfelt survival tale, but arrives in an abrupt conclusion that feels oddly out of place amidst the game's developing mystery. Combat is much more satisfying, doubled with a scarcity of resources to encourage player-strategy.
Multiplayer
NR
None
Performance
(Show PC Specs)
CPU: Intel Core i7-4710HQ @ 2.5ghz
GPU: Nvidia GeForce GTX 860M
RAM: 8GB
OS: Windows 10 64 bit

88
Despite its undead premise, The Final Station is fit as a fiddle, with no real glitches in sight. I encountered exactly one framerate dip from start to finish, lasting all of about three seconds.
Overall
79
The Final Station pays its respects with an appreciative concision. Tough stages and scarce resources lend heavily to its survival-horror status and though the narrative can feel flawed, it offers numerable nods to the zompocalypse genre with a subtle, reflective tone. 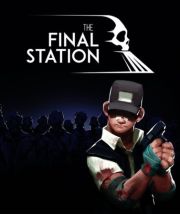