Free Games with Gold for August 2017

Fight, race, and blast your way through next month's free games

Microsoft has announced the Xbox Games with Gold lineup for August 2017.

Available Aug 1-31 on Xbox One for subscribers is Slime Rancher. Slime Rancher is the tale of Beatrix LeBeau, a plucky, young rancher who sets out for a life a thousand light years away from Earth on the ‘Far, Far Range’ where she tries her hand at making a living wrangling slimes. Then, from Aug 16-Sep 15 on Xbox One members can grab Trials Fusion, which retains many of the elements that made the original Trials game so popular, while enhancing the experience by adding new gameplay elements such as a first-in-class physics-based trick system and new social features.

Xbox 360 members (and those on Xbox One thanks to backwards compatibility) from Aug 1-15 can download Bayonetta - a stylish and cinematic action game directed by Devil May Cry creator Hideki Kamiya. A member of an ancient witch clan and possessing powers beyond the comprehension of mere mortals, Bayonetta faces-off against countless angelic enemies. After that, Xbox 360 and Xbox One subscribers can grab Red Faction: Armageddon from Aug 16-31. After a half-century of peace on Mars, the Red Faction resistance is called upon to save Mars from destruction. Survive hordes of enemies with friends in co-op or battle across the red planet in an epic solo campaign. 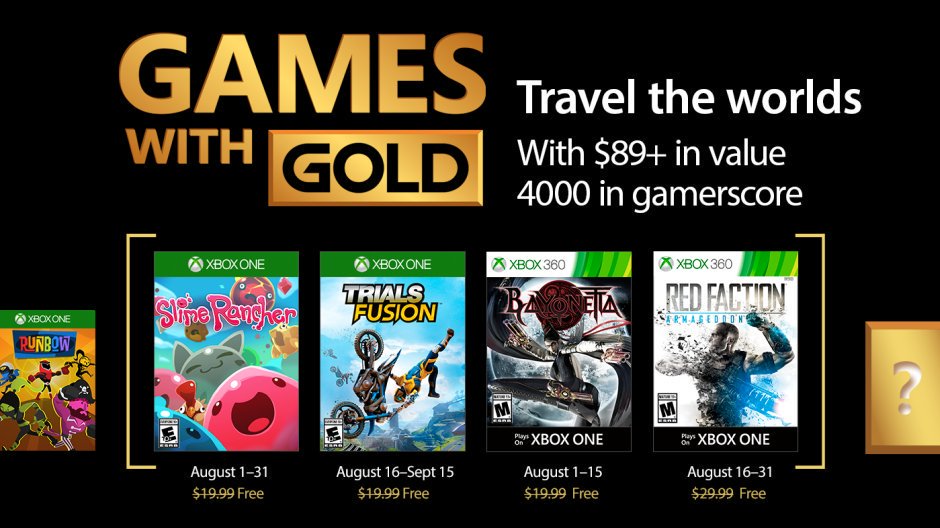 FIFA 14
Online
There is currently 1 member and 141 guests on the website right now. Who's On?
Activity in the past 10 minutes: