Microsoft has announced the Xbox Games with Gold lineup for May 2017.

Available from May 1 - 30 on Xbox One is Giana Sisters: Twisted Dreams – Director’s Cut, a hardcore fast-paced platformer with a twist. Warp Giana’s world to transform your surroundings and abilities. With the combination of challenging levels, gigantic boss fights, and countless hazards and mysteries, you must use the skills and abilities to defeat the dangers that populate these twisted dreams.

Then from May 16 - June 15, fight your way across the sands and through ancient tombs in Lara Croft and the Temple of Osiris. With the fate of the world at stake, Lara and her companions must battle gods and monsters of myth and legend while trying to uncover the fragments of Osiris to stop the Egyptian god Set from enslaving all mankind.

On Xbox 360 and Xbox One through Backward Compatibility, from May 1 to 15 members can download Star Wars: The Force Unleashed II. You’ve been betrayed by Darth Vader for the last time, and now’s your chance to fight back and claim your identity once and for all.

Continuing with the Star Wars theme, between May 16 - 31, Xbox One and Xbox 360 members get LEGO Star Wars: The Complete Saga. Play through the first six Star Wars movies in LEGO form, building and battling with as many characters from the series as you can collect. 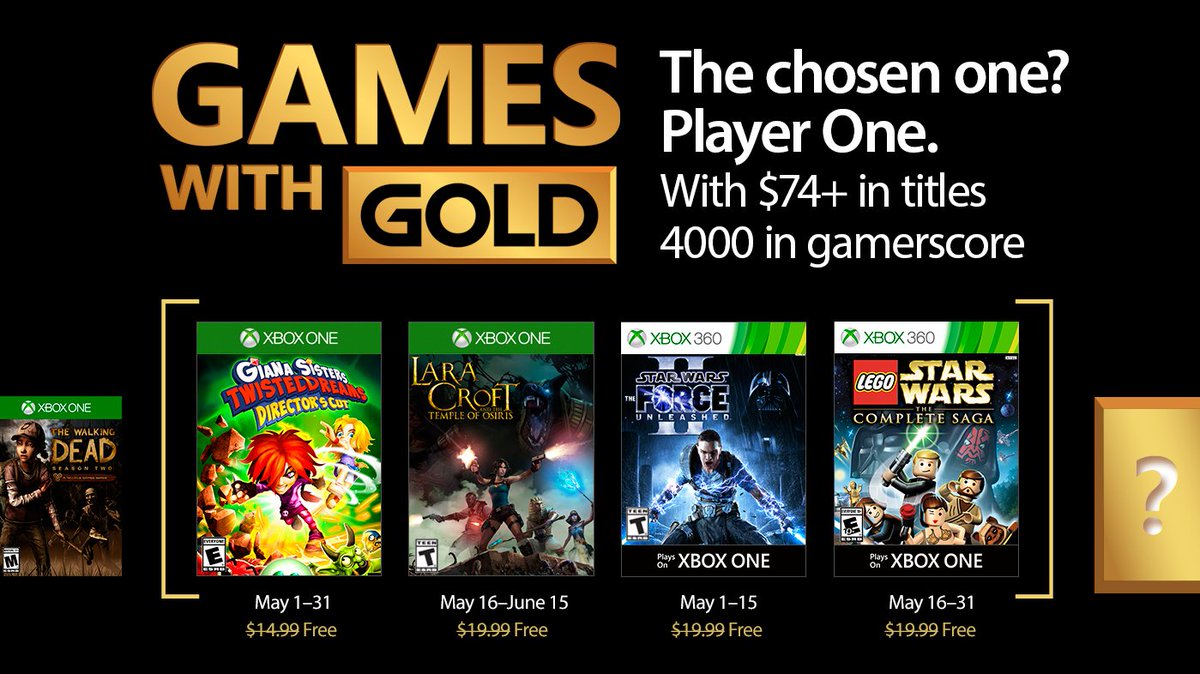 Test Drive Unlimited 2
Online
There are currently 0 members and 82 guests on the website right now. Who's On?
Activity in the past 10 minutes:

Microsoft to acquire Activision Blizzard
Jan 18, 2022 by fvxc
win11 must be doing very well! but wowowow