Free Games with Gold for November 2016

Microsoft has announced the Xbox Games with Gold lineup for November 2016.

Available free for members from November 1-30 on Xbox One is the co-op dungeon brawler Super Dungeon Bros. Team up with your brothers in arms to conquer obstacles by throwing them across hazards or stacking up to create a deadly tower of blades.

Then on November 16 - December 15 on Xbox One, play as a dead detective set on solving his own murder. Murdered Soul Suspect offers a wide set of supernatural skills for discovering leads.

Members on Xbox 360 (and Xbox One via backward compatibility), can download Monkey Island: SE from November 1 - 15. Guybrush Threepwood is a wannabe pirate, determined to become the most infamous man in the Caribbean. In this remastered version of the classic LucasArts adventure game, set sail for adventure, monkeys, and yes, pirates as you help Guybrush get in way over his head.

Then from November 16-30, Xbox 360 (and Xbox One) members can grab Far Cry 3: Blood Dragon. Become Sergeant Rex Colt, kill the baddies and save the world while surrounded by 80’s sci-fi atmosphere overload, from cyborgs to mutants to neon on every corner. 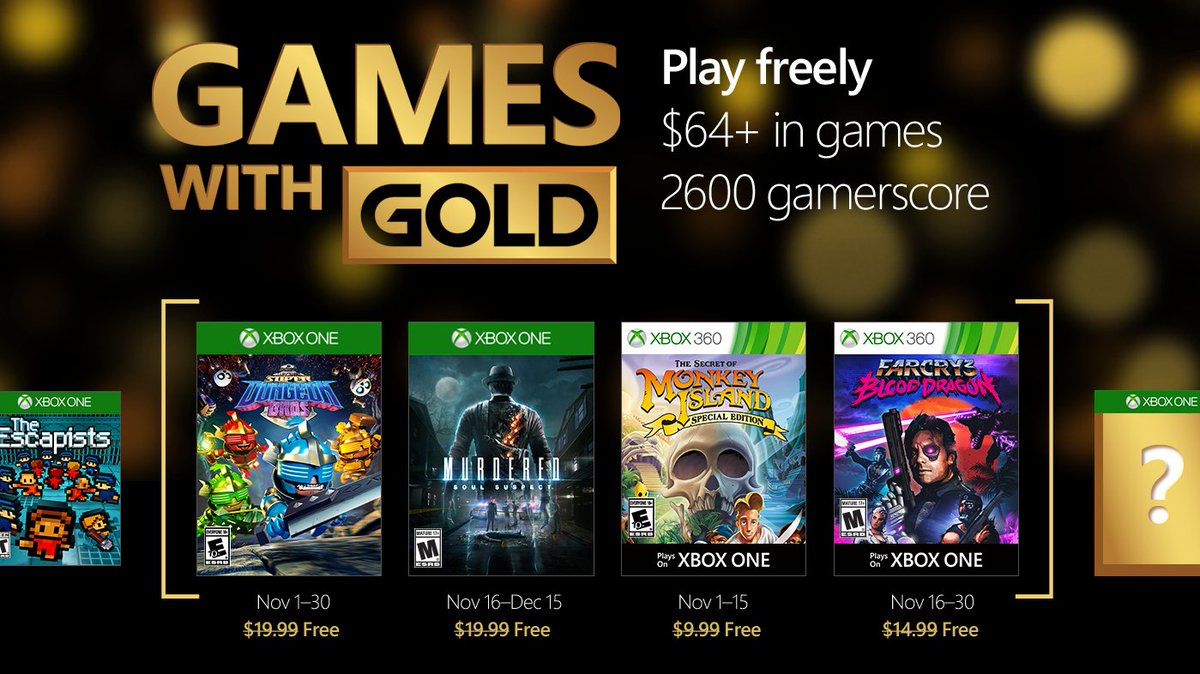 GoldenEye 007: Reloaded
Online
There are currently 0 members and 137 guests on the website right now. Who's On?
Activity in the past 10 minutes: