Free Games with Gold for September 2020

Microsoft has announced the Xbox Games with Gold lineup for September 2020.

Available to members from September 1 to 30 on Xbox One is The Division. The President invokes Presidential Directive 51, and The Division, a top-secret unit of self-supporting tactical agents, is activated in New York three weeks after a lethal virus is released. Leading seemingly ordinary lives, Division agents are trained to operate independently of command in this type of emergency situation.

Later, September 16 to October 15 on Xbox One, members can get a copy of The Book of Unwritten Tales 2. The continuation of the point-and-click adventure saga spoofs famous fantasy stories.

Available September 1 to 15 on Xbox One & Xbox 360 to members is de Blob 2. The Inkies are back with a new plot to rid the world of color and it is up to Blob to stop them. Featuring a unique painting functionality, this platformer showcases 12 new single player levels, multiplayer support, and boss battles.

And finally, available September 16 to 30 on Xbox One & Xbox 360 is Armed and Dangerous. Meet the Lionhearts, a smack-talking band of rebels on an impossible mission to save the world – that is if they don’t burn it down first. 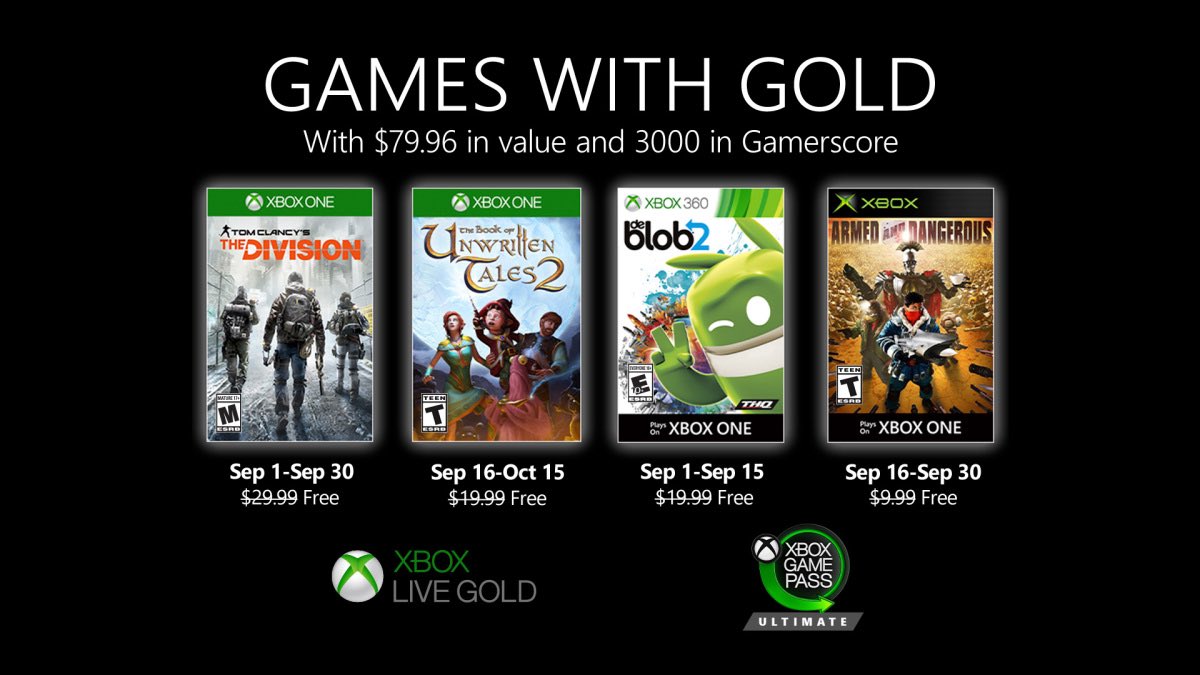 Scott Pilgrim vs. the World
Online
There are currently 0 members and 91 guests on the website right now. Who's On?
Activity in the past 10 minutes: