Free Games with Gold for November 2017

Racing and adventures on offer next month

Microsoft has announced the Xbox Games with Gold lineup for November 2017.

Available November 1 to 30 on Xbox One, subscribers can get behind the wheel of Trackmania Turbo, which promises the ultimate arcade racing universe where everything is about reaching the perfect racing time. Test your skills in over 200 tracks, experience immediate fun by challenging your friends at home (offline splitscreen) or online. Then, from November 16 to December 15 on Xbox One members can grab Tales from the Borderlands. Set on the unforgiving world of Pandora after the events seen in Borderlands 2, Tales from the Borderlands is a five part episodic game series full of Borderlands' trademark humor following two adventurers on their quest for greatness.

Xbox 360 members (and Xbox One thanks to backward compatibility) can download Nights into Dreams from November 1 to 15. Save the land of Nightopia from Wizeman the Wicked by gathering orbs to unlock stolen emotions and battle his powerful minions. Lastly, from November 16 to 30 on Xbox One and Xbox 360 members can download Deadfall Adventures. The year is 1938, and you’re James Lee Quatermain, son of the renowned adventurer, escorting Agent Jennifer Goodwin to recover an ancient artifact in an Egyptian temple. In this first-person action-adventure game, explore the lost world of Mayan ruins, forbidden cities and the deserts of Egypt. 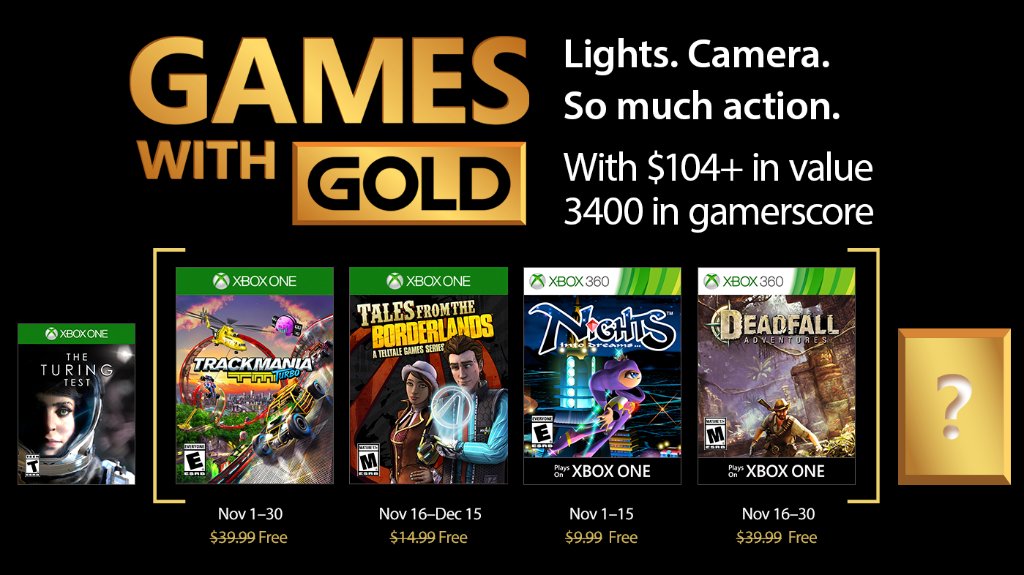 Binary Domain
Online
There are currently 0 members and 94 guests on the website right now. Who's On?
Activity in the past 10 minutes: