Free Games with Gold for October 2017

Go on adventures or jump into combat next month

Microsoft has announced the Xbox Games with Gold lineup for October 2017.

First up, from October 1 to 31 Xbox One subscribers can grab Gone Home, an interactive exploration simulator. Interrogate every detail of a seemingly normal house to discover the story of the people who live there. The second free Xbox One title is The Turing Test, from October 16 to November 15. The adventure follows the story of Ava Turing, an engineer for the International Space Agency (ISA), as she attempts to uncover the truth behind strange events at the research base on Jupiter’s moon, Europa.

Xbox 360 members (and those on Xbox One thanks to backwards compatibility) can download Rayman 3 HD from October 1 to 15. Jump, fly, and fight your way through the fantastic world and take on an army of Hoodlums led by the Black Lum. The second free Xbox 360/Xbox One game, available October 16 to 31, is Medal of Honor: Airborne. Control your drop as you navigate to a desired insertion point to put yourself in the thick of the fight. Then navigate through the war-torn villages and towns to gain an advantage over your enemies on rooftops, balconies and other ruins. 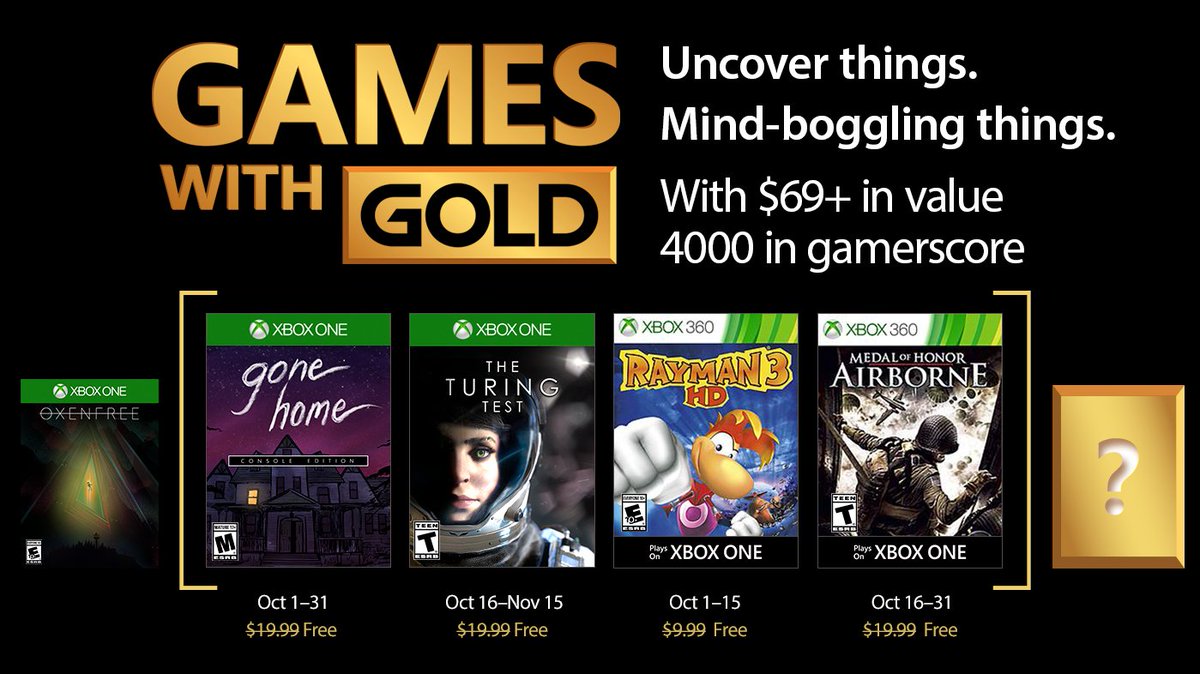 L.A. Noire
Online
There are currently 0 members and 80 guests on the website right now. Who's On?
Activity in the past 10 minutes: