Free Games with Gold for March 2020

Microsoft has announced the Xbox Games with Gold lineup for March 2020.

First up, subscribers to Xbox Live Gold will get a free copy of Batman: The Enemy Within from March 1 to 31 on Xbox One. As both Batman and Bruce Wayne, you’ll need to navigate uneasy alliances while undertaking a perilous series of deceptions.

Next up, members on Xbox One also get Shantae: Half-Genie Hero from March 16 to April 15. In this 2-D platformer, send monsters flying using Shantae’s Hair-Whip Attack or transform into powerful creatures using her magical Belly Dance. Defeat the masterminds behind each caper and faceoff against her ultimate nemesis, Risky Boots.

Members on Xbox One & Xbox 360 get a free copy of Castlevania: Lords of Shadow 2 from March 1 to 15. Weakened and yearning for release after centuries of sleep, help Dracula return to his famous castle to regain his old powers to defeat Satan.

Last but not least, members on Xbox One & Xbox 360 will get a copy of Sonic Generations between March 16 to 31. Thrown back in time by a mysterious new power, interact with some very familiar characters from the past including a younger version of himself. 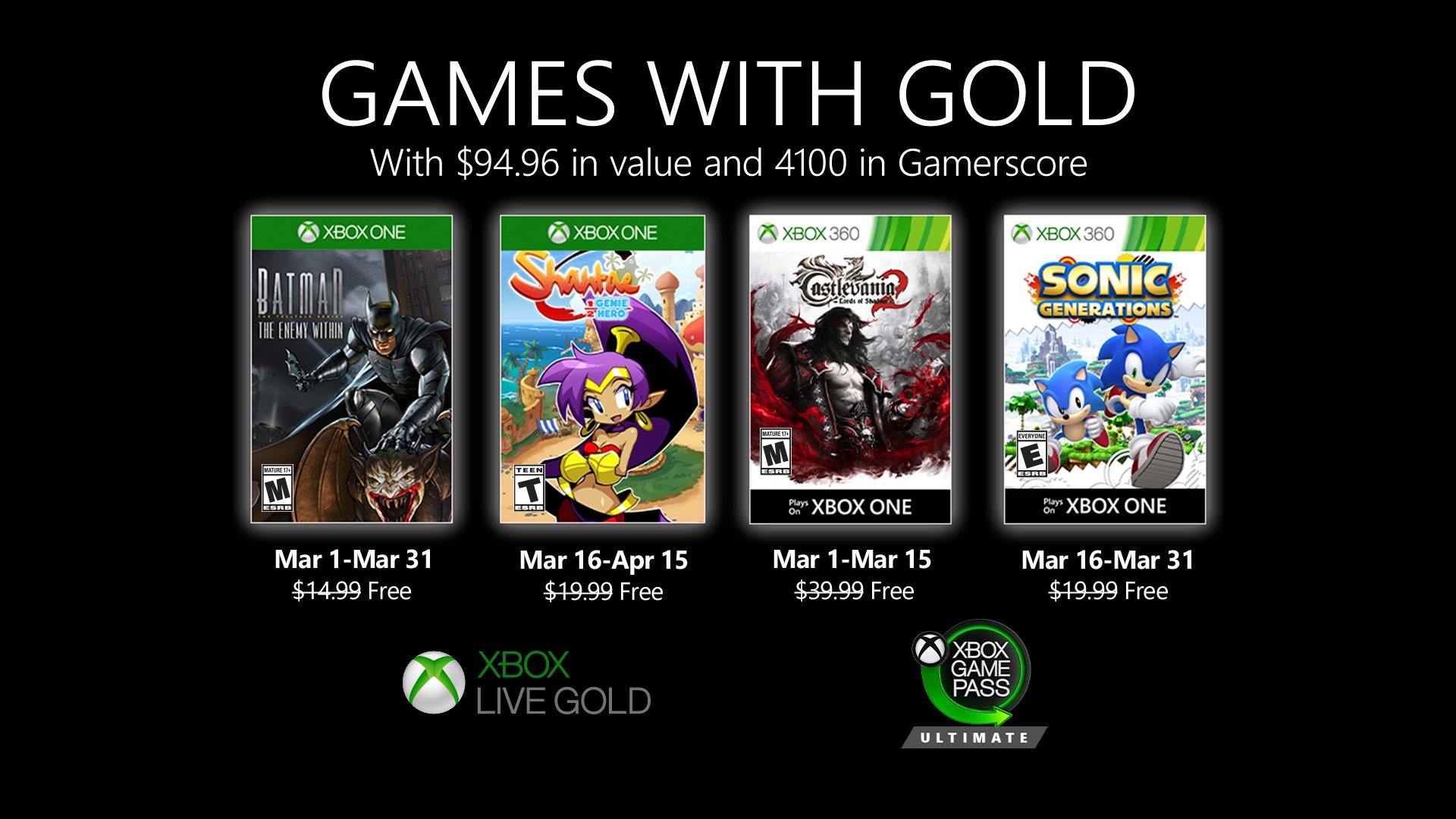 Aliens: Colonial Marines
Online
There are currently 0 members and 75 guests on the website right now. Who's On?
Activity in the past 10 minutes: