Two Sonics are better than one

Sonic Generations is the latest incarnation of the blue hedgehog produced by Team Sonic. Sonic has had his ups and downs since his outing into the third dimension, but Sonic Generations pairs the old with the new giving life to the series. It is a fresh throwback to the golden age of the series infused with the best the recent incarnation of sonic has to offer. Unfortunately the plat forming has a few control issues in the third dimension and there is some freezing in select areas. Overall this game pays homage to a generation (no pun intended) of Sonic gaming with excellent music and a nice amount of replay value. 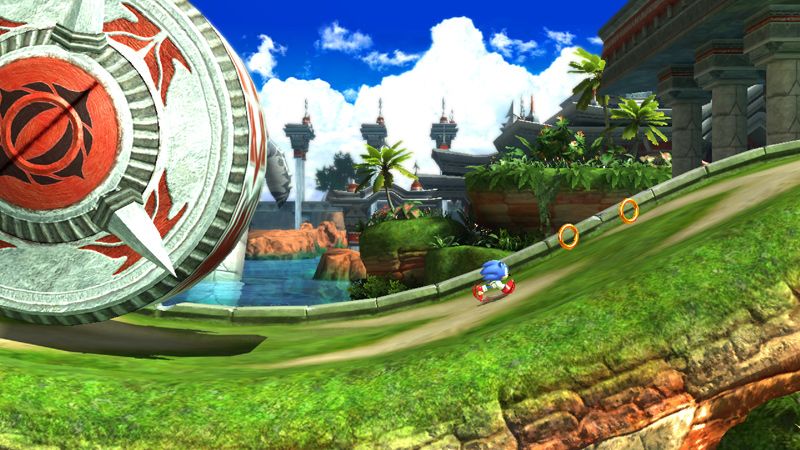 The Sonic franchise is not known for its amazing narratives, but this game has a bit of a different take on the tale of the little blue hedgehog. A dimensional monster is destroying the fabric of time and space, smashing all of time together. The only way to stop this cross-dimensional monstrosity is for future Sonic to team up with his past self and bring a stop to the abomination. This story differs from Sonic’s previous outings because it doesn’t take itself seriously. Instead, it is mainly a tongue-and-cheek retrospective making fun of all the ridiculous plots and stories Sonic has had the pleasure of participating in. There are a lot of jokes that fans of the character will find amusing, which new players may not quite get. The main story will take you about nine hours to complete. Like everything else with this game, the story is more homage to the past couple of decades of Sonic rather than a serious tale of intrigue.

Gameplay is a nostalgia trip with levels that are a blast from a past with a modern or not so modern spin. The game progresses through levels from either Sonic’s past or future. You play through these levels twice, once in an old school way and then again in present day Sonic fashion. This puts a new spin on old levels like Green Hill Zone in 3D and a retro spin on new levels like City Escape. Each of these levels is drastically different when played with different Sonic's making them fun and exciting to complete with different hedgehogs. There are also different challenges, like racing a doppelganger or finishing a level with the aid of one of Sonic’s friends. A few rival battles take place between foes such as Metal Sonic and Shadow the Hedgehog. This adds quite a bit of content to the game as there are five to seven challenges per level. Each level also contains red rings that are often challenging to get, but offer unlockables in the form of artwork and other goodies. 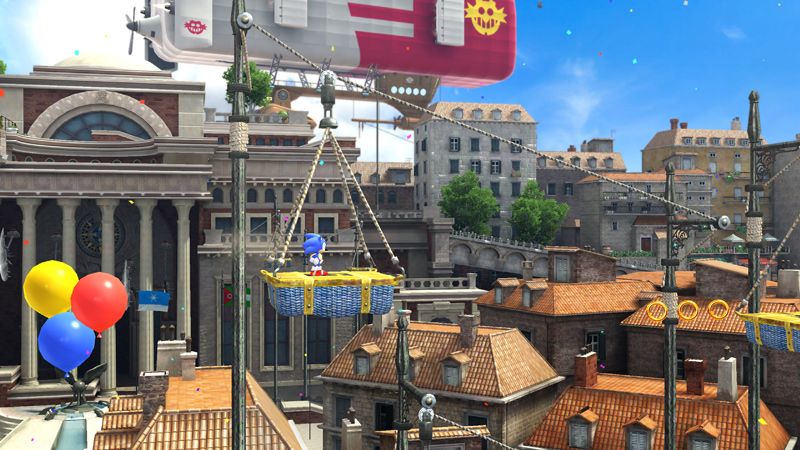 This experience does have a few issues in the form of performance flaws that can mar the gameplay. Some of Sonic’s levels do suffer from two to three second freezing as you are zipping through the level. A few times the game froze as Sonic was speeding through the level throwing the whole game off. Luckily this didn’t happen too much, but it is worth noting. There are frequent load times from when you select a level to when you choose a different Sonic. All these delays can take the player out of the experience.

Sonic’s controls are smooth and tight, but it does suffer from a few camera issues in select challenges. Each Sonic controls differently with past Sonic playing in a 2D fashion, while future Sonic plays with a 3D style. There are a few new moves, such as an air dash and an instant speed boost. Playing with each Sonic does take some time getting used to, with differing controls, but eventually it becomes second nature. Future Sonic does suffer from some lock on issues during select challenges and the camera does have some tracking issues in a few levels. Beside these flaws, Sonic in an enjoyable experience that is exhilarating as you try to get through each level as fast as you can, and it is more than just holding “right” to win.

The presentation in this title gets the job done with a few ups and downs. The music is very versatile changing depending on the Sonic playing the level. City Escape will sound like a retro Sonic level when played with past Sonic, while Green Hill Zone will sound like present day Sonic when played with future Sonic. There is also an option to change the soundtrack from new to old on each individual level giving you a little freedom of choice. The sound also has a few neat effects, such as distorting when boosting with future Sonic and become muffled when underwater. The voice actors are mediocre at best and are quite forgettable. There are a few funny one liners and they do their job adequately, but they can be over the top and cheesy. The graphics make Sonic look good in high definition. There are some sloppy and low quality textures, but you are often going at such a high pace that half the time you won’t notice them. 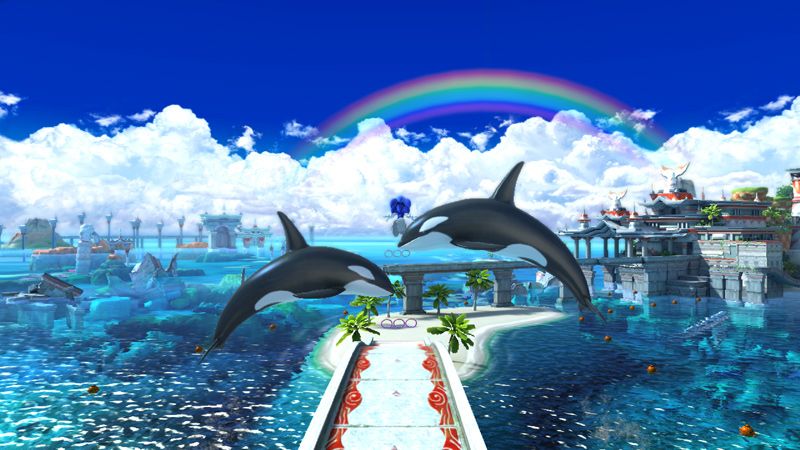 Sonic Generations is a refreshing homage to the history of Sonic from past to present. It blends the old with the new combining the best of both worlds in a surprisingly well made game. The gameplay is smooth, but is marred with a few control issues especially in a few select challenge areas. There are also long load times that alter the pacing of the game and take the player out of the experience. The presentation is great with an amazing soundtrack and good looking high definition graphics. Overall this game is one of the best Sonic games that has come along in a long time. If you are a Sonic fan you better not pass this game up as it will help you relive your fond memories of Sonic’s first outing on the Master System / Genesis.

Our ratings for Sonic Generations on Xbox 360 out of 100 (Ratings FAQ)
Presentation
82
The game has an amazing soundtrack with remixed classic and modern tunes and great sound effects. The overall aesthetic is typical Sonic with remastered levels from both 3D and 2D Sonic which looks great in high definition. Unfortunately the voice acting is mediocre and quite forgettable.
Gameplay
81
Sonic plays great most of the time, but does suffer from a few lock-on and camera issues in select levels primarily with future Sonic. Each level differs between future and past Sonic. There are also numerous challenges tied with each level adding a good deal of content.
Single Player
82
Generations is a single player experience and shines at just that. You will speed through each level trying to finish as fast as you can. With unlockables and challenges there is a good deal of meat to this game that will leave you satisfied even after its short main story is completed.
Multiplayer
NR
None
Performance
77
This game plays great most of the time, but does suffer from a few performance issues. When speeding through a few levels the game can freeze. There are also numerous load times that are distracting and cumbersome.
Overall
80
Sonic Generations is a great throwback to the old days of Sonic, while highlighting the best of his 3D outings. The game plays great overall with good controls and quite a bit of content. If you are a Sonic fan you will be doing yourself a disservice for not picking up this title. 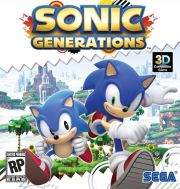