A decent action title but a disappointing sequel

Developers MercurySteam had a sudden hit on their hands with 2010’s Castlevania: Lords of Shadow. A risky reboot of the classic franchise, it brought fans a 3D action title that paid off with satisfying gameplay and a thrilling story. It’s no surprise then that we are now faced with its sequel, Castlevania: Lords of Shadow 2. While the game attempts to improve on its predecessor, the sequel makes a few design missteps and ends up falling short. This is still an enjoyable action game when playing to its strengths, but various issues obstruct the fun too frequently.

Lords of Shadow 2 picks up shortly after the dramatic conclusion of the previous game. Spoilers ahead, if you haven’t played it. Gabriel Belmont, having defeated Lord of Darkness Satan, becomes the iconic Dracula. However with various cruel twists of fate, he becomes hated by the people and an icon of constant fear. Gabriel is then reintroduced in a modern day setting, where he is awakened after centuries of slumber. His disturber, former enemy Zobek, tells of Satan’s imminent return. In exchange for his help in stopping the Lord of Darkness, Zobek offers to end Dracula’s eternal life and give him peace. 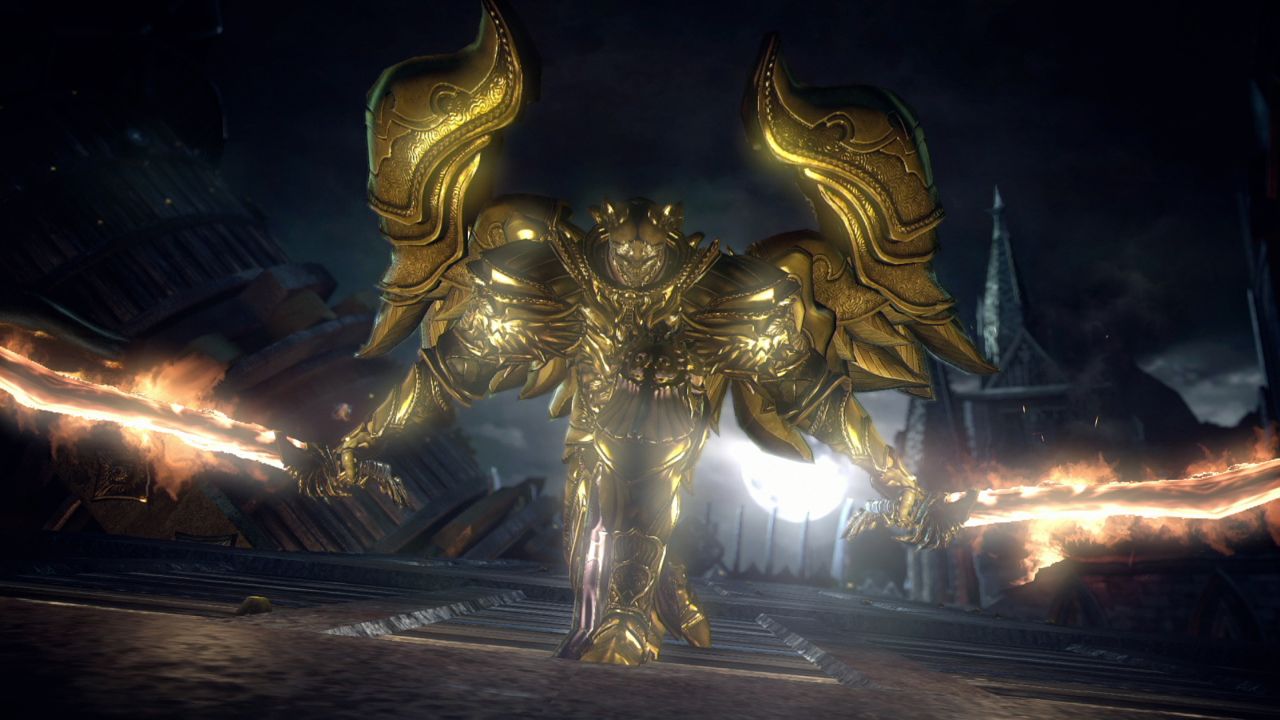 And so, Gabriel sets off on his quest to once again fight his greatest enemy. Lords Shadow 2 tells a decently entertaining tale, one that is worthwhile to see through to the end, though it often gets lost in its own complexity and rough storytelling. Along the way, returning characters make an appearance, through the visions that Gabriel experiences. It’s never really explained how, but the game time is split evenly between a modern day setting, and visions of Gabriel’s old castle. During these visions, players will explore the old castle and its many rooms and arenas, in what should be a very familiar setting to fans. Meanwhile, the modern day setting is concerned with a conspiracy as you explore the streets, labs, and industrial areas of a near-future city. It’s an interesting storytelling setup, but given the relatively generic modern environments, players will be itching to get back to the castle.

As in the original, most of the time spent in Lords of Shadow 2 will be in combat. Using Gabriel’s signature and primary whip, you’ll slice and dice through various enemies by putting together combos and dodging out of the way. You can also counter attacks by blocking at the perfect moment. The action is smooth, free flowing and highly satisfying. Defeating enemies once again earns you points, which are then used to unlock more attacks, and purchase boosts at the vendor.

Some of the mechanics have been re-worked to provide more depth, but aren’t as well thought out as they should have been. In the last game, your whip was able to take on various powers in order to help in combat. With LoS2, you instead have two additional magic weapons – a Void sword and Chaos fists. As long as you’ve got magic mana left for that particular weapon, you can use it. The sword serves to restore your health with every hit, and its ability to freeze enemies and objects is used in combat and environment puzzles. The gauntlets offer a way to break down enemies’ shields that are otherwise untouchable, and shoot small bombs. The two weapons provide diversity to combat, but due to their significantly more limited range, aren’t as versatile as the whip. 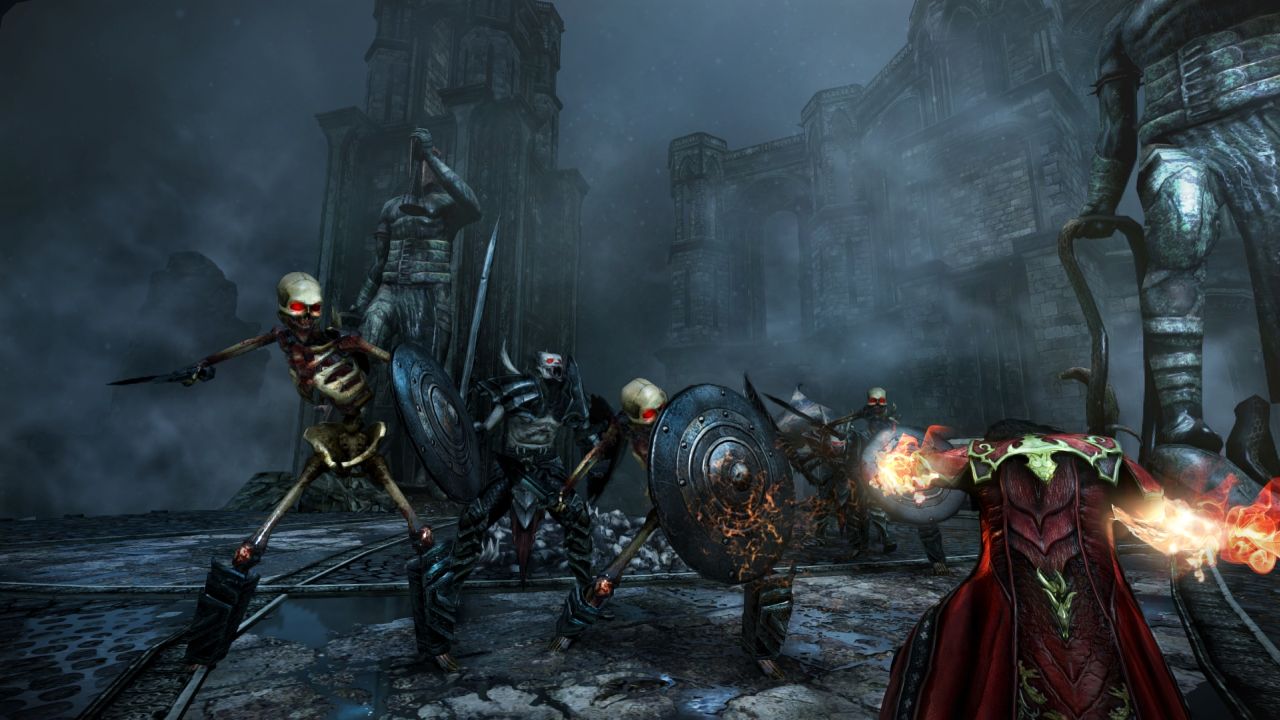 It feels similar to God of War 3, a connection that action fans should identify. To refill the two magic meters, you’ll need to attack foes without getting hit, and after a while they begin leaving magic orbs with each hit and death. The player then has a button to press to absorb these orbs, and refill the ability of either weapon. It’s a system that adds a new level of player choice during combat, but the design makes it more frustrating than it should be. In the midst of a chaotic battle, the last thing you want to do is try to decide which meter to fill by hitting the matching key. Even if you do decide and start mashing the corresponding button, you must stop moving in order to absorb the orbs. Again, making players pause in the heat of combat is terrible design. And the final nail in the proverbial coffin of the mechanic is that leaving the orbs for later isn’t an option, as they frustratingly disappear after a short period. It becomes specifically problematic in boss battles, when either magic ability is required to progress. If you’re no good at building up a combo without getting hit, you’ll never refill the magic and thus have to either restart or drink a potion.

Even with some frustrating combat design, the action keeps at a steady pace thanks to rebalanced difficulty. Its predecessor was quite tough even on medium settings, so challenge have been scaled back to make the game far more enjoyable. It’s no slouch on medium difficulty, but it never feels frustrating or unfair to the player. As mentioned, you’ll also have a choice to carry consumables with you, from health boosts to time slowing potions. However, they are rarely needed.

You can consume enemies during battle when they take enough damage, restoring your health – but some of the takedown animations are far too long, even though they are cool. This is also where the frequent use of Quick Time Events makes an appearance. The QTEs also pop up in various cut-scenes and during boss fights. But, some players will be pleased to know the QTE system can be turned off altogether. 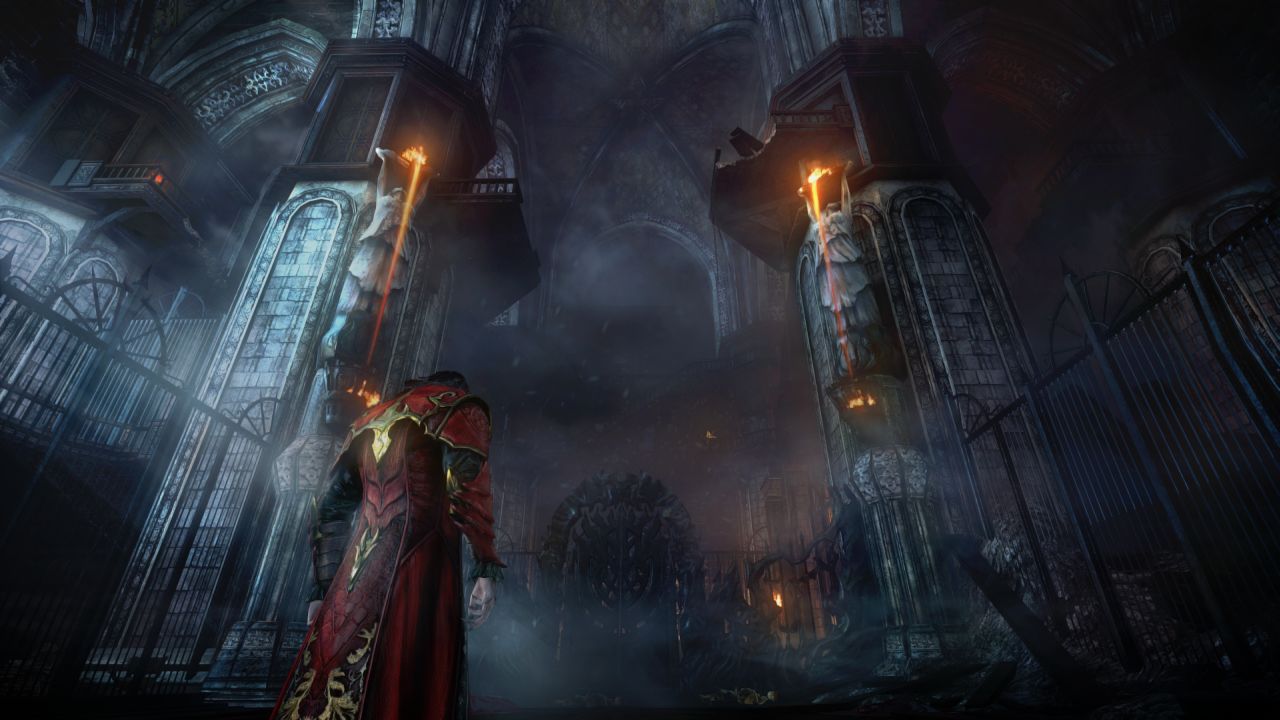 As before, many of the dark monstrosities you face have different attacks and abilities, adding a lot of gameplay variety. Each foe type usually comes with an unblockable attack that’s helpfully telegraphed via audio and visual cues. Boss fights are also more frequent and enjoyable, featuring varied patterns and weak spots. The only other comment to make with regards to combat is how often you’ll need to fight the camera. It’s freely controllable by the player this time around, instead of being locked in panoramic view, and that brings the usual third person action annoyances when trying to keep track of foes.

Between enemy encounters, you’ll guide Gabriel through some linear platforming sections. These sections are decidedly briefer than before, with some exploration to be had in order to discover most of the secrets and ability boosts. Jumping across gaps and onto ledges feels awkward and imprecise, though that’s not to say it’s difficult. The game uses an indicator to show players climbable ledges, but its usefulness ranges wildly. Some rooms are so tiny that highlighting a climbable ledge seems unnecessary. On the other hand, it’s no fun getting stuck because you had no idea you could grab on to a piece of an environment that’s completely unremarkable.

Because there is less platforming, the developers introduced a new gameplay element; stealth. Unfortunately it nearly brings down the whole experience. Not that it’s bad at first – during the modern day sections, you have the ability to become a rat in certain sections of the level, and traverse across ducts and small vents. It’s not exactly exciting to run around some musty areas as a rodent after killing monsters for the past hour. But it becomes a requirement because huge guards are everywhere, and being spotted results in death. Instant death for failing a stealth section – there’s a concept that never works out well. It only gets worse when these stealth elements become forced during boss battles. Depending on your level of patience, the stealth will either kill the momentum or frustrate you out of playing altogether. 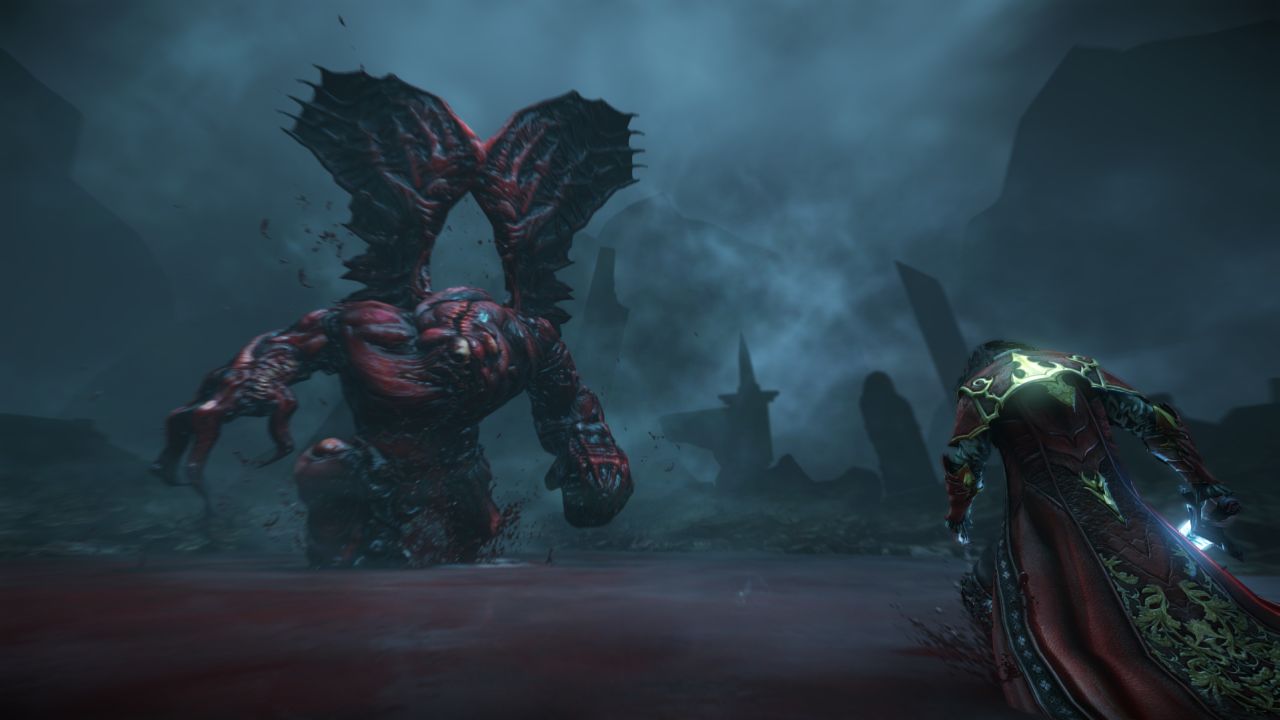 Lords of Shadow 2 features a rather impressive orchestral score that will hopefully end up on a few awards lists at the end of the year. Voice acting quality varies though, with some characters seemingly happy to portray the silly stereotypes of monsters combined with basic dialog. The visuals are similarly uneven – some areas feature fantastic texture resolution and lighting effects, while others strongly remind us that this is an old engine made with consoles in mind. At the very least, the game maintains a solid framerate throughout. The environments that you get to explore also vary – the modern day setting is generic and highly forgettable, while the castle oozes in atmosphere and overbearing feelings of dread. It’s worth noting that compared to the original game, Lords of Shadow 2 features some impressive panoramic views but not nearly as many, with no green areas.

Castlevania: Lords of Shadow 2 is an underwhelming sequel. It takes many of the elements that worked in the original game, and somehow mishandles them, while adding needless stealth sections. The combat is still fast and satisfying, but the new magic weapons aren’t original or versatile. Audio and visual presentation is likewise inconsistent. Although we are often treated to sequels that surpass the original, Lords of Shadow 2 is a step back for the franchise after a promising first outing.

Our ratings for Castlevania: Lords of Shadow 2 on PC out of 100 (Ratings FAQ)
Presentation
76
An impressive soundtrack and atmospheric setting is let down by inconsistent visuals.
Gameplay
72
Changes to combat allow for more depth and player choice, but the execution of these gameplay mechanics is rough around the edge. Stealth design is poor.
Single Player
73
The castle exploration sections echo the quality of the original game, while the modern day setting is unremarkable.
Multiplayer
NR
None
Performance
(Show PC Specs)
CPU: Intel Core i5-4670K @ 3.80 GHz
GPU: ASUS Radeon R9 280X DirectCU II
RAM: 16GB DDR3
OS: Windows 7 Professional 64-bit

84
Runs without issues and is highly scalable. In-game prompts are annoyingly only for controller input.
Overall
74
Like all sequels, Castlevania: Lords of Shadow 2 attempts to improve on the original in almost every area, but ultimately fails to do so. New ideas and mechanics are let down by sloppy execution. 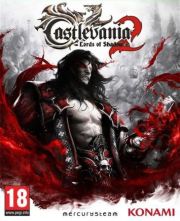 All videos for Castlevania: Lords of Shadow 2 (6)
Advertisement ▼