Bethesda has announced that Season of the Dragon continues throughout the rest of 2019 in Elder Scrolls Online, with two new DLCs: Scalebreaker and Dragonhold.

ESO’s next DLC game pack, Scalebreaker, is set to arrive in Q3 and brings two new dungeons: Moongrave Fane and Lair of Maarselok. Both of these challenging new dungeons are part of the Season of the Dragon storyline, pitting you and your team against Dragons like the ones you faced in Elsweyr. Both dungeons showcase new environments, challenging battles, and stories that tie into the Season of the Dragon. Those who beat the content will get powerful new items and unique collectibles as rewards.

Coming late 2019, the end of the Season of the Dragon adventure will arrive with Dragonhold, the final DLC of the year. Dragonhold brings a new zone to explore in Southern Elsweyr called Pellitine, a lawless wasteland impacted by a deadly plague almost 20 years ago. There, you must gather allies, reform the ancient Dragonguard order, develop powerful new tools and weapons, and put an end to the Dragon menace.

The Elder Scrolls Online is available on PC, Xbox One, and PS4. 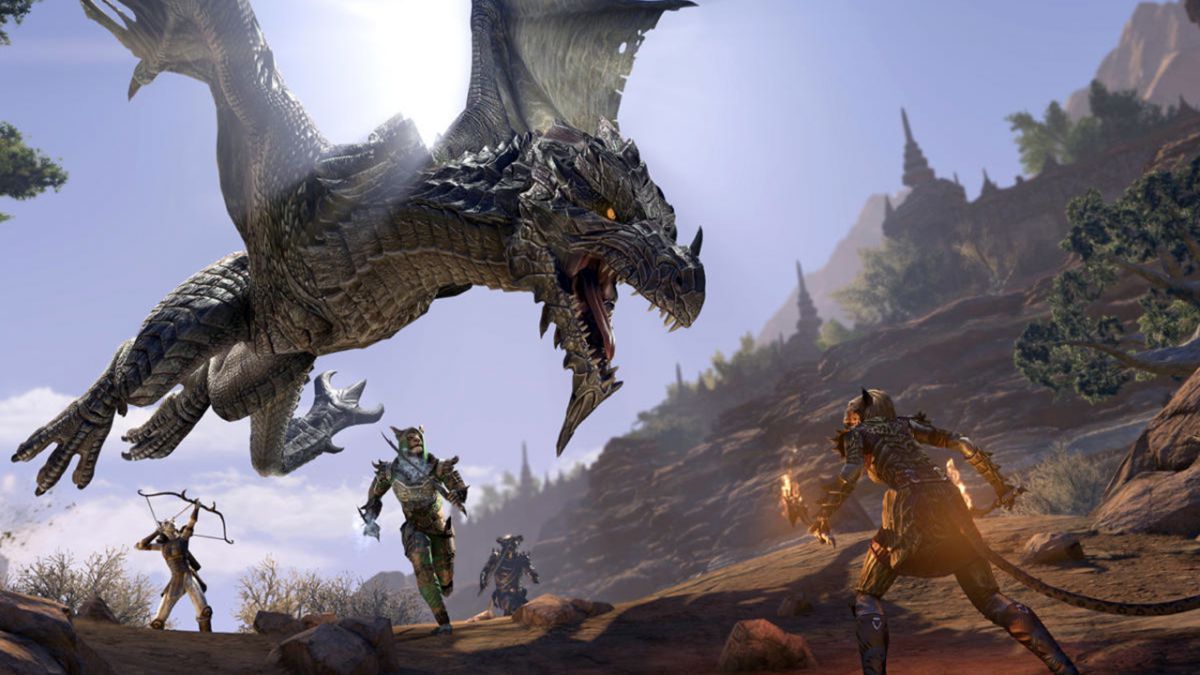 All videos for Elder Scrolls Online (8)