This gorgeous sandbox shooter can be engrossing and entertaining, although pacing issues and often repetitive gameplay hold it back 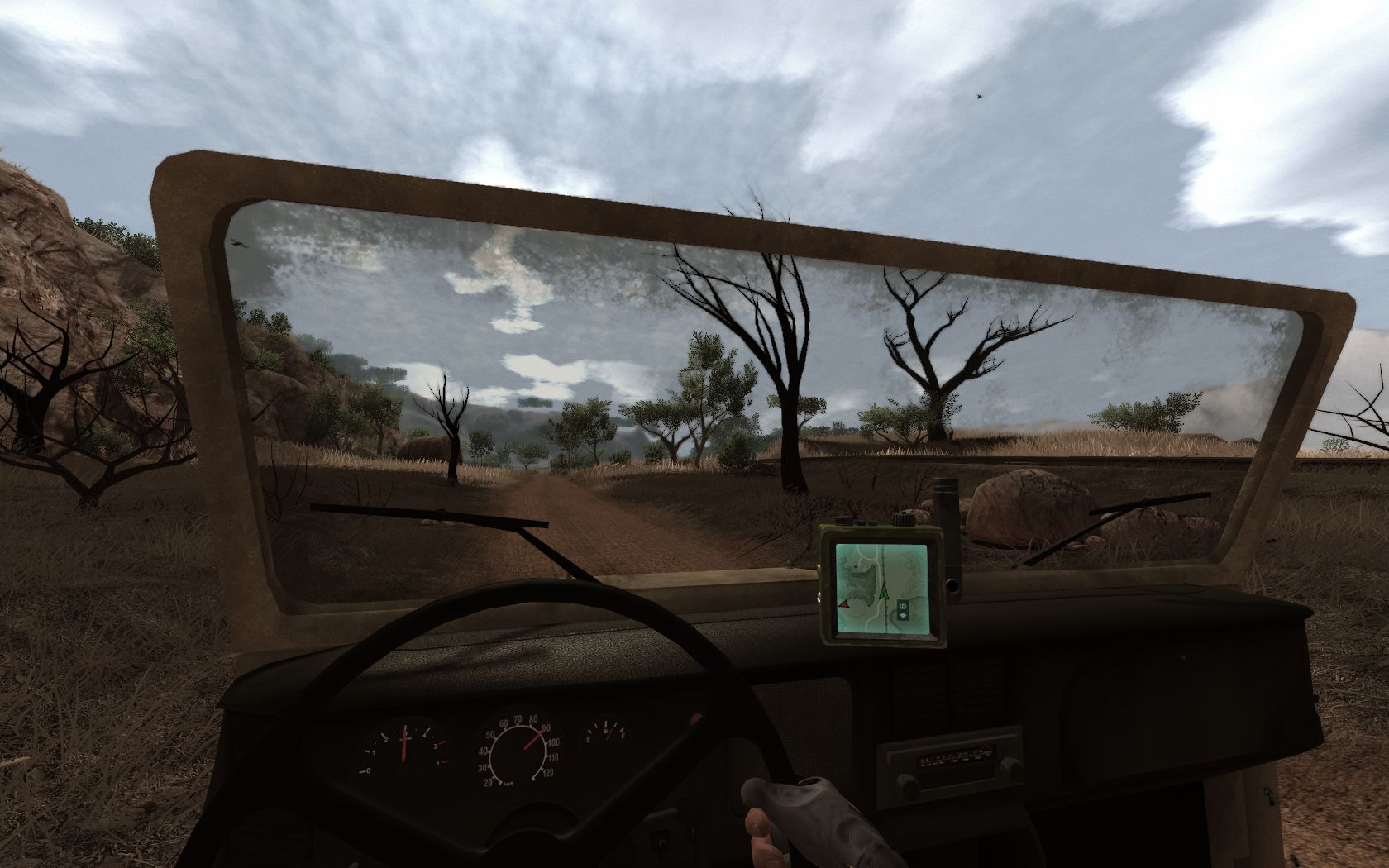 While Far Cry was set on a small tropical island, the sequel (once again in name only) will take you to Africa, and while there is still a good deal of Jungle, there are also desert environments and grassland plains. Unlike its predecessor, which took place in a number of sandbox style levels, Far Cry 2 takes place in one massive level akin to Oblivion. There is no fast travel system, instead you have to drive from place to place, or take the busses, which travel from station to station, but there aren’t enough of them to eliminate the driving altogether.

The story of the lengthy single player campaign is rather convoluted, but the main plot line is fairly straightforward; find and kill the infamous gun runner who goes by the name ‘the jackal.’ The plot is not the games strength in any way shape or form, but it does serve to move the game along, which it does in a rather inconsistent fashion. The game is divided into three acts, at the very beginning and end of each act the missions are longer and more interesting, the game is at its best here, things move along very quickly and the game is generally very fun. In the middle of each act the pacing slows to a crawl as you complete mission after meaningless mission, drive for hours on the almost overly large world, and try to progress through the game.

The missions themselves are hit and miss. Some are pretty standard assault "x" base and blow up "y" piece of equipment; others are more interesting, like defending a ferry as it crosses a huge lake. Some are just plain annoying, like the missions you complete to unlock new guns; there is a convoy driving around the map, and you have to intercept it and stop it, the only problem being that getting ahead of the convoy and laying a trap can be difficult because driving around in the game is made a chore thanks to the plentiful enemy checkpoints populated by enemies that seem to respawn the second you leave them.

Like with many sandbox games, the amount of fun you have with Far Cry 2 is highly dependent on how creative you are. The game gives you loads of tools to have fun with, but going in and shooting up a base will become rather tiresome after a point thanks to the lengthy nature of the game. If you play around with the fire physics, which are the best seen in any game, you will likely have a blast. Similarly, stealthing is a viable option in many missions, especially one later on that I won’t spoil for you. Luckily if you do just want to go in and blow **** up, the gunplay is pretty good, and you are given loads of different weapons to play with. You can equip one side arm, like a pistol, an Uzi or explosives; a main weapon, like an assault rifle; a support weapon, like a flamethrower or a rocket launcher, as well as your trusty knife. Weapons will degrade over time, and as they become older they will begin to jam more and more often. There is no meter to tell you the condition of your weapon, instead you can actually see your weapon degrading; it will become scratched and rusted over time. Thankfully you can purchase weapon upgrades that increase the longevity of the gun. 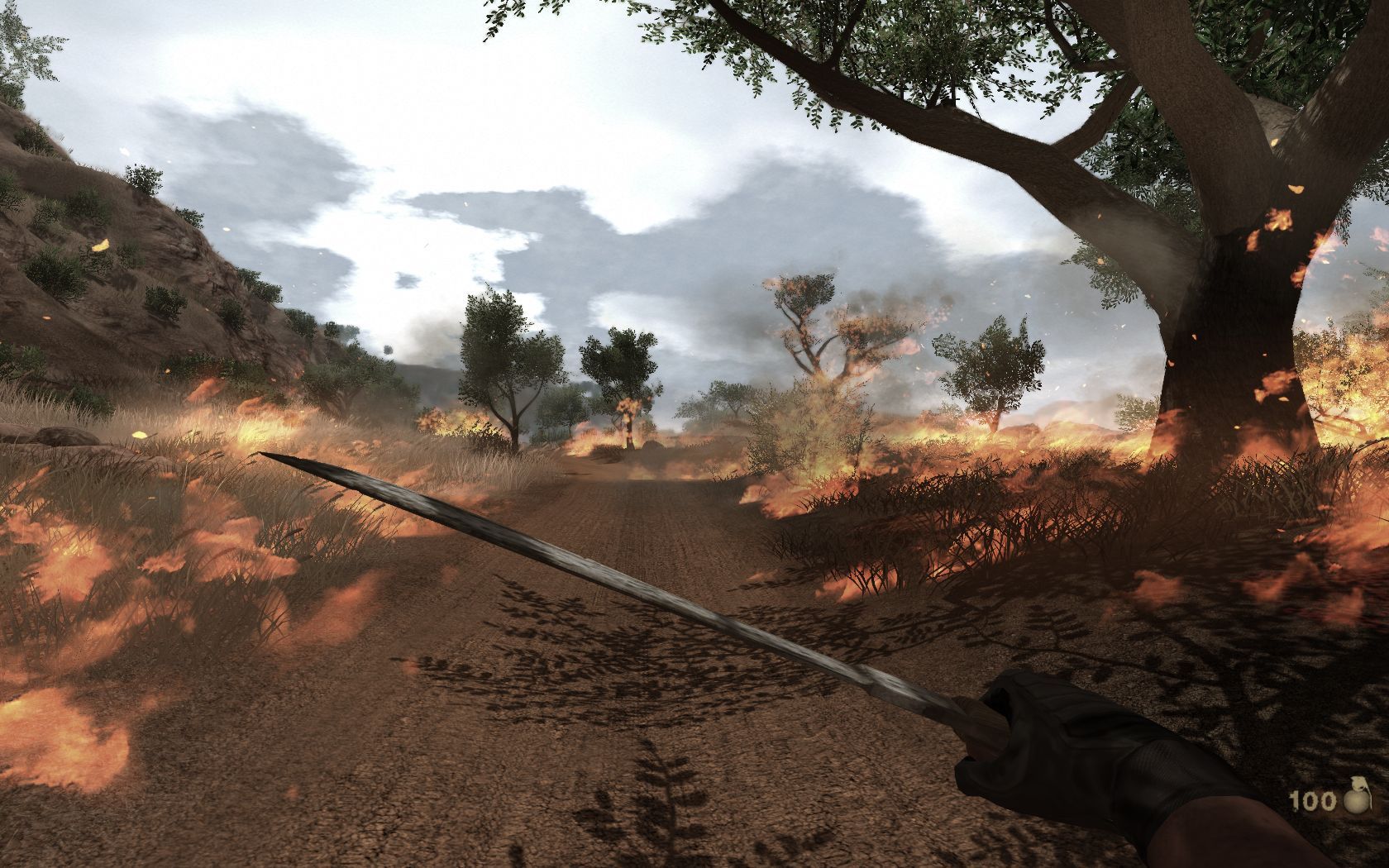 There is also a half-baked buddy system where you can bring a ‘buddy’ along with you, but in all likelihood you will probably find yourself going on missions by yourself since these ‘buddies’ have a nasty habit of dying and need to be saved every time this happens. Missions are received from these NPC’s, so you probably want them alive, but if they die you can still progress with the story missions since they are received from two rivalling factions who don’t seem to care if you are working for the other one. Diamonds are the currency of Far Cry 2, and you will earn them from completing these missions and also lying around in hidden suit cases dotted about the map that you can locate with a tracking device. You can use them to buy guns you have unlocked by completing those dreadful convoy missions I mentioned earlier.

In addition to a lengthy singleplayer campaign, Far Cry 2 features a meaty multiplayer component. Up to 16 players can fight across 4 game modes, including the standard death match, team death match, and capture the ‘diamond.’ The last game mode is more complicated, and has a captain appointed on each team who can capture points scattered about the map. For one team to win, they must capture all the control points and eliminate the enemy captain. There are a great variety of maps, many of which include vehicles, that range from urban to desert to jungle environments with everything in between. The game also has a great level editor so user made maps are a viable option in online play.

There is also a really well designed levelling and unlock system; there are 30 levels in the game, and each time you level up you are awarded 1 diamond with which you can upgrade one of the four classes. Each upgrade to a class will unlock a new weapon, the first upgrade requiring 1 diamond, the second upgrade requiring two diamonds; the third upgrade requiring three diamonds, and so on. This system works incredibly well because you get to choose which classes to specialize in, and really forces you to think carefully about how you spend each diamond since it takes so long to level up.

Unfortunately there are a number of problematic areas in online play, the most notable one being the matchmaking system. For a match to start, it must first fill up with all 16 players, and then each player has to press a ‘ready’ button. If one player leaves, or if one player is not paying attention and fails to press the ready button, the whole system breaks down. There are also some imbalances with the weapons you unlock; some of the weapons you unlock later on are incredibly powerful, and if there is one high-level player in a server with mostly low level players, he can pretty much dominate uncontested. For instance, you will eventually unlock a fully-automatic grenade launcher, a one-hit-kill sniper rifle with no scope drift, and a fully automatic shotgun that kills in one hit in close quarters. Luckily many servers ban the use of these weapons, but this is not always the case. 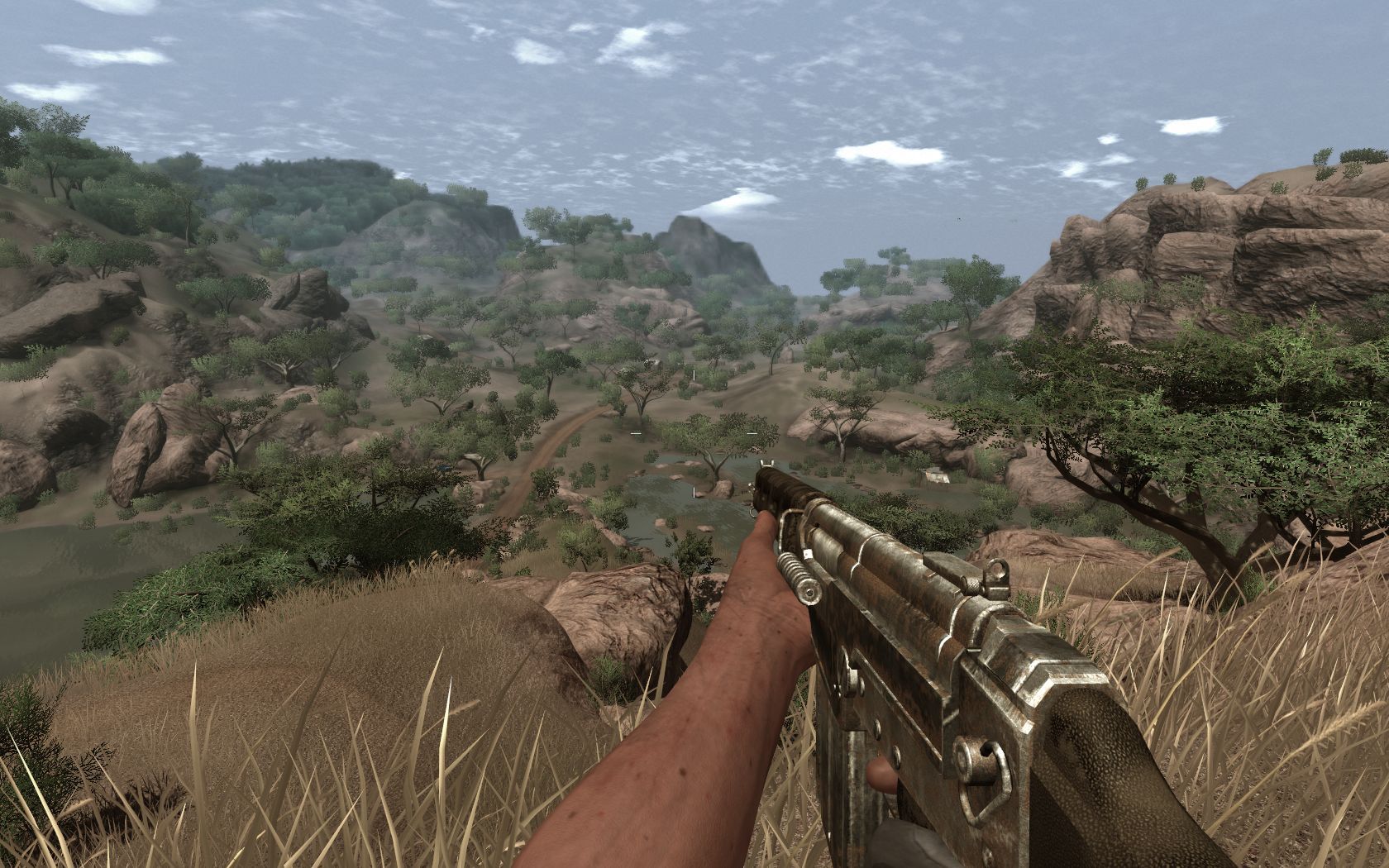 When it comes down to it, the biggest strength of the game is the visual presentation and immersive style. Considering the scale of the game, it looks absolutely incredible, with top notch lighting, day-night cycles, weather patterns, including wind which affects how fire spreads, and very detailed textures. It scales incredibly well, with an abundance of graphical settings that still look good when turned down. It takes a pretty hefty machine to play the game with all the bells and whistles turned up, but it still looks great even as low as on medium. The music fits the setting nicely, and the voice acting seems fairly authentic, although many characters seem to talk a bit quickly. You also view the entire game from the first person perspective, with cut scenes taking place from your point of view. The HUD is also very minimalistic, if you want to look at your map you pull out an actual map, when you get in a car you see your limbs flying about realistically, this game is a visual feat in many ways.

Overall Far Cry 2 is a solid package that falls short of its true potential because of a few relatively minor albeit important flaws. Those looking for a tight, directed experience should look elsewhere, but those in search of a bit of sandbox fun in a massive, gorgeous environment would do well to pick this game up as it offers excellent value given you are willing to check out all it has to offer.

81
It scales well, but a powerful rig is required if you want to turn the settings all the way up at a high resolution with AA enabled
Overall
76
The visuals and the immersive qualities are great, but the repetitive nature of the campaign and problematic multiplayer hamper the otherwise great experience of Far Cry 2. 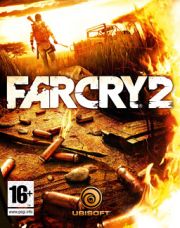 Our Review of Far Cry 2
76%
Good
The Verdict:
"This gorgeous sandbox shooter can be engrossing and entertaining, although pacing issues and often repetitive gameplay hold it back"
Game Ranking
Far Cry 2 is ranked #697 out of 1739 total reviewed games. It is ranked #22 out of 28 games reviewed in 2008.
696. Shatter
PlayStation 3
697. Far Cry 2