The magic the PS Move has been waiting for

Delayed for years and almost forgotten, Sorcery makes a late bid for attention on the criminally under-supported PlayStation Move. Considering most Move titles are based on sports, minigames and dancing, there’s no denying the potential excitement offered by a full-on adventure title that takes advantage of the motion controller and the often forgotten navigation controller.
Unlike the on-rails action of Medieval Moves, Sorcery allows complete control over your character’s movement. This can be done by holding a PS3 pad with just your left hand for the analogue stick. Or better yet, use the navigation controller (like a Wii nunchuk without the annoying cable) for the first time since Killzone 3. 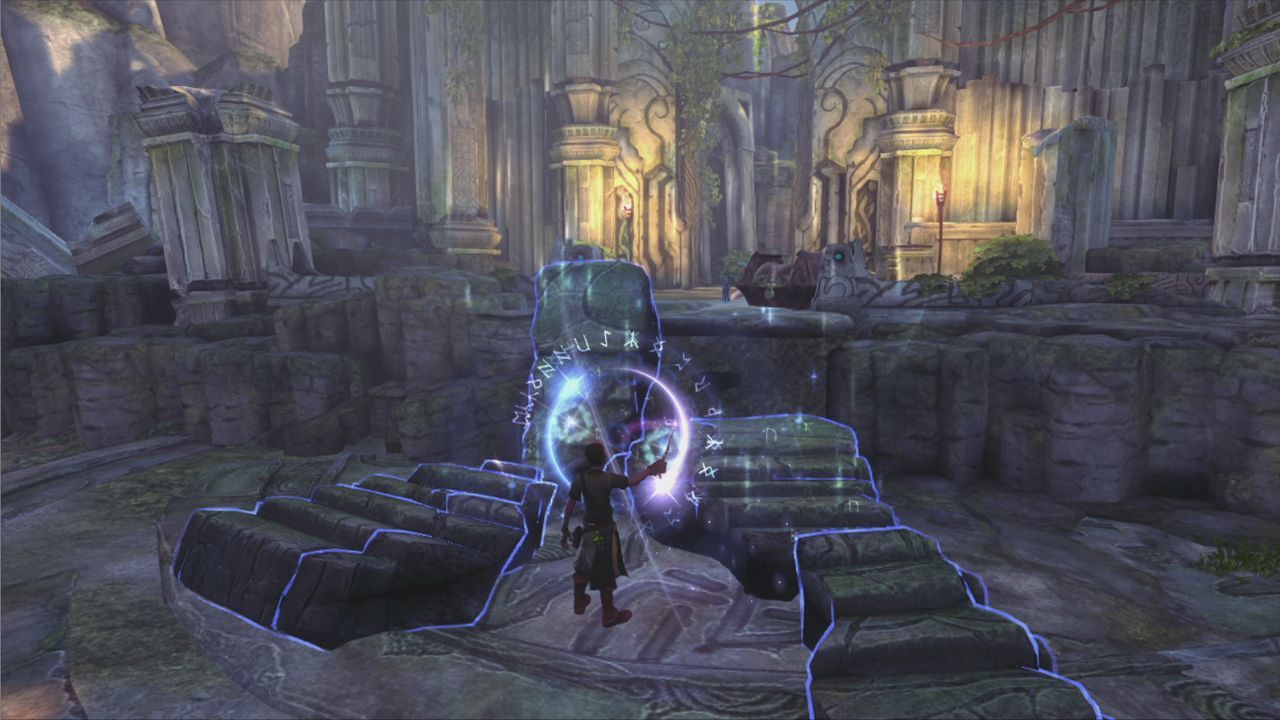 The spell casting is all dedicated to the motion controller in your right hand, which even as a lefty, works fine. Spells are bestowed upon you at a steady rate, giving you enough time to master them all. At first you're given an Arcane Bolt or a basic zapper to you and me. Simply flick the controller at the screen to fire out the spell. Shots can be aimed accurately side-to-side and even towards the middle or upper sides of the screen for reaching higher targets. You can even bend shots by adding a little curl to the motion.
Various elemental attacks are unlocked over time. Spell types are changed by holding the Move button and performing a specific motion, be it sideways, downwards or circular. Initially, when only a small number were available, this worked really well, but by the time I unlocked the tornado spell, I found it too similar to one of the other motions, meaning I often selected the wrong spell. To counter this though, the game slows down time when selecting a spell, giving you a chance to get it right and ease the pressure when enemies are bearing down on you. 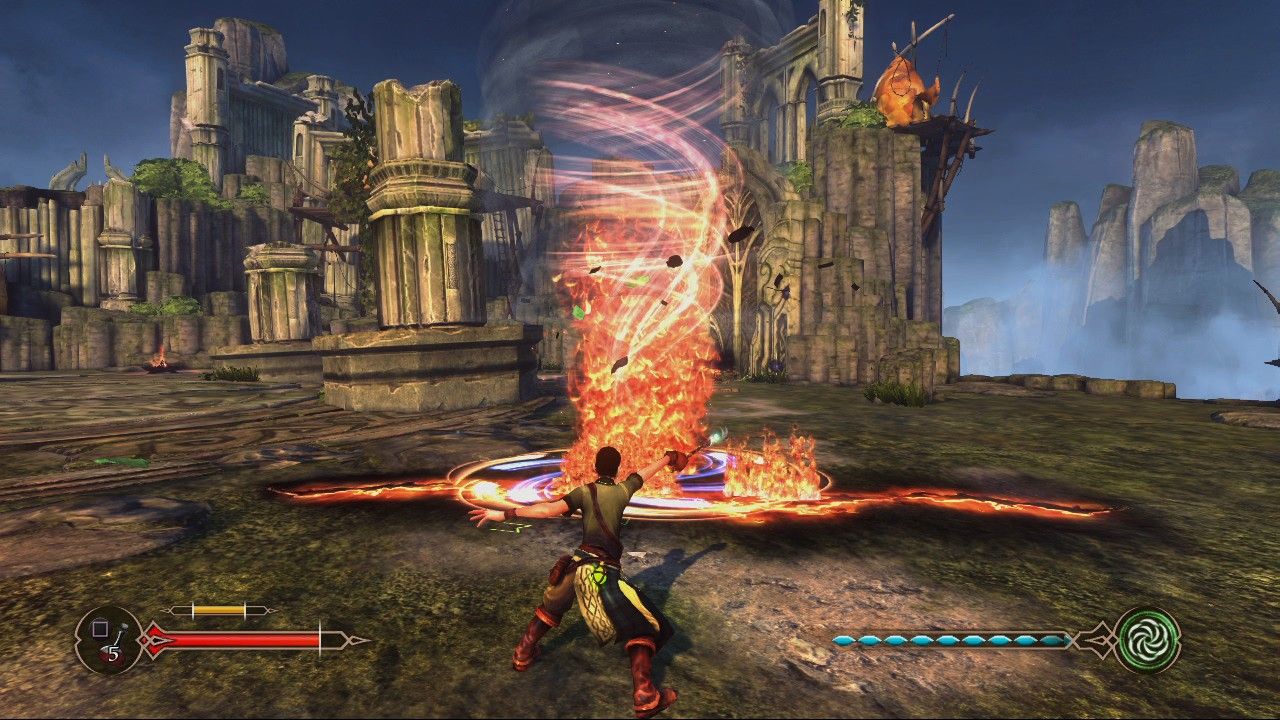 Enemies are typical fantasy fare: ghouls, ghosts and goblins attacking your face with swords or from afar with arrows, bombs and spectral globs of green. Most of them can be attacked with basic bolts, but some require specific elemental attacks. There’s a lot of fun to be had from experimenting with spells too. For example, unleash a tornado to scoop up enemies, fire a lightning bolt at it to turn it into a thundery maelstrom before flinging some fire in there to make it spit out multi-directional fireballs. There’s so much more creativity on display than the usual either/or attacks typically found in games with elemental attacks. And from a title aimed at arguably a younger audience that makes this even more encouraging.
More experimentation is offered by mixing ingredients found throughout your adventures to create potions. These elixirs will grant you permanent health boosts, stronger spells and the like. Items to create potions are rare, so you won’t be able to make everything, but you can at least see what every combination of ingredients will make as the menus shade out combinations you’ve already tried. It’s just the way you’d want it rather than potentially wasting any materials like you may have done in Skyrim or Final Fantasy XIII.
12Next 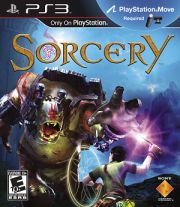