His vengeance against the gods of Olympus far behind him, Kratos now lives as a man in the lands of Norse Gods and monsters. It is in this harsh, unforgiving world that he must fight to survive, and teach his son to do the same.

God of War Screenshots (14)
View All

God of War Videos (4)
View All 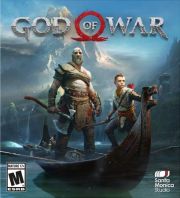