Feels like a game adaptation of an indie movie

Video game creator Sam Barlow has been in the business for decades, but he most notably broke through as an individual with his 2015 title, Her Story. It was a unique combination of an interactive full motion game and a puzzle, and thanks to an impressive performance by the lead actress, intriguing story, and interesting design, it was quite an indie hit. The 2018 follow-up Telling Lies notably upped the production budget, and expanded on the formula, though made a few design missteps along the way. His latest project is Immortality, a title that also consists of hundreds of video clips, as players scour them for clues and try to put together the mystery. This new entry offers the highest quality and most expansive production yet, but a new take on the gameplay and a lack of good pacing make the experience feel less and less like a video game. 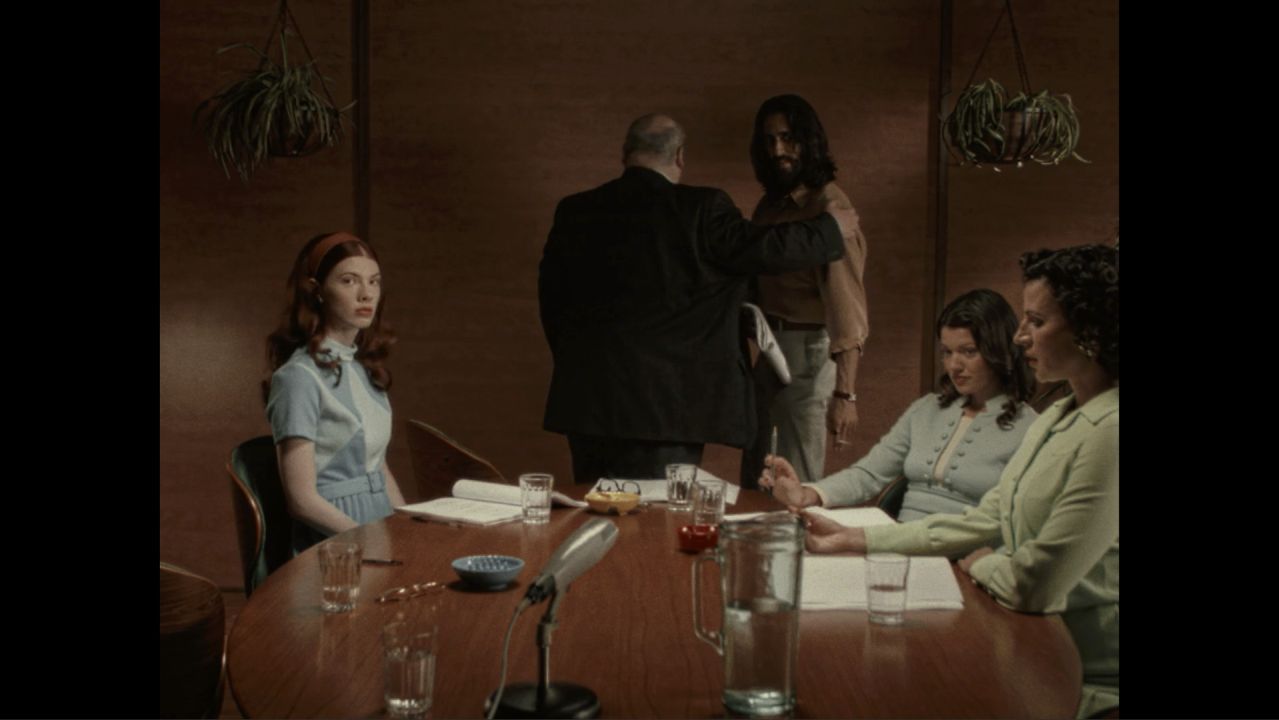 The game centers around an actress and model called Marissa Marcel, who starred in three feature films between 1969 and 1999. However, these movies were never released, and the actress has been missing, so players must scour some newly found footage of the films in order to try and understand what happened, and discover more about the actress' life. It's a decent hook, but the game doesn't actually integrate it into the experience - to get the gist of the narrative, there's a basic and missable information screen that's accessible from the main menu. Even you, as the player, are not given any role in the story or why you are even looking through these clips, unlike the previous games. At least, there's no more third-person screen effect with distracting reflections.

The creator's previous projects had players analyze interview-style or conversational clips, listen for key words, and then perform searches based on those words in order to find new fragments. This design has been switched around in Immortality, as now players can pause the video at any frame, and then use an Image Mode that allows you to click on almost any object. So instead of digging for keywords, you are always on the lookout for items that may be interesting. The item list that you can click on is exhaustive - of course you start off clicking on the main actors, which can teleport you around to the tens of different clips they may appear in. But you can also click on anything from windows, lamps, apples, clothing, scripts, roses, and tons of other props and objects. If the object appears in any other video, you are then taken to the new clip. You thus begin a deep dig into the hours of footage that is available.

This design is certainly much more streamlined than having to manually type in and look for words in a script, but that also leads to a pacing issue. You can unlock an absolute ton of clips very quickly, as you pause and continuously click on almost anything you see. Players don't even have to watch the entire clip from start to end, and they can just keep interacting with objects. On the one hand, it provides a sense of very quick discovery and building out the entire library of videos (there are over 200, ranging in length from one to a few minutes). But the downside here is that you don't feel engaged with the story at all - and it's difficult to be, given that you have no idea where an object will take you. You could jump from an outtake from 1969 to an interview in the 1990s. Not every clip is going to be valuable, and so the best strategy of discovering as much as possible also works against the sense of mystery and doing detective work. You are torn between wanting to watch every newly found clip, but also realizing that the next one could take you to an entirely different decade, offering little continuity. There's multiple relationships and storylines to keep track of, on and off the set, and not all are rewarding or even relevant to the main narrative. There's no immediate goal or a sense of detective work, and with so much footage to sift through and no hint of where an object can take you, it's hard to try and focus on a particular lead. You can try and stick only to clicking on actors, hoping to stay in the same movie or time period at least, but it's still a crapshoot. 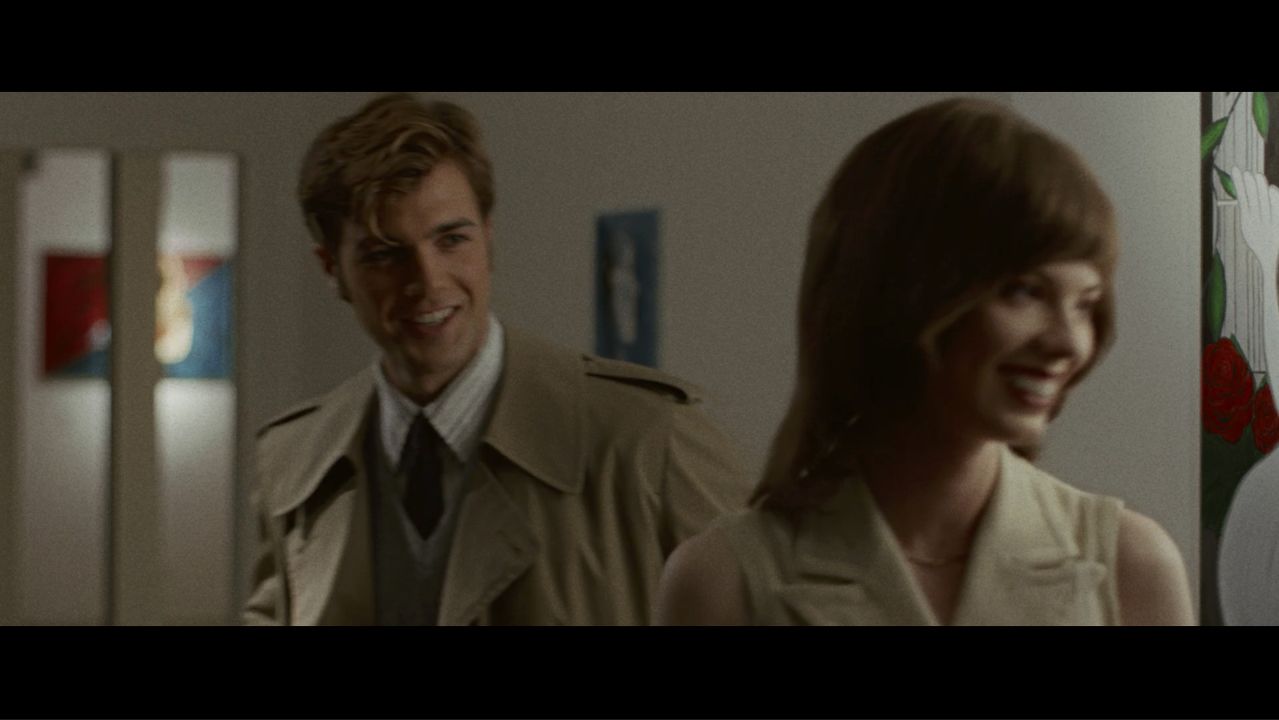 With having so much footage unlocked quickly, players will run into the same end-game problem of the previous games much sooner. Once you've got a lot unlocked, you may start to see repeats and objects taking you to clips you've already seen, and so begins the dreaded scrubbing of every scene with a fine tooth comb, trying to find something new to click on. The user interface doesn’t provide any indicators on objects you've already interacted with. And on the whole, the UI is pretty minimalistic. Using the keyboard and mouse, or a controller, you select clips from a timeline. The timeline is thankfully quite excellent this time around, putting all discovered footage automatically into a chronological order. You can apply a filter, such as footage only from a film, or clips you've favorited - though the last few filters aren't clear on what they do, and a description would have been helpful. Each clip can be either manually or automatically wound forward or backwards with varying speeds, and you can jump to the end/start. It imitates Moviola machines well, and is probably the most user-friendly video manipulation system of the three games thus far. Still, the title refuses to provide an option to simply watch everything you have unlocked, all together.

And what of the footage itself? As mentioned, it’s probably the biggest production to date for the developers, as it not only includes a much expanded cast, but also a lot of different locations. The clips include shots and outtakes from the three fictional movies, behind the scenes footage, table reads, cast interviews and commentary, and TV segments promoting the films. There's a great deal of variety, and lots of different sets. The actors also do a good job, though with sometimes awkwardly written dialogue, and this make it feel like a fairly decent quality indie production. The fact that the clips span a few decades also means there's a variety of props and costumes for each era, as well as different cast attitudes and film making techniques. The 1968 film Ambrosio is an adaptation of the Gothic novel The Monk, the 1970 film is a detective thriller Minsky, and the 1999 film Two of Everything is about a successful pop star and her body double.

Marissa Marcel is the star of all these films, and as players view more and more footage, they get a deeper glimpse into her life on and off the screen, as her stardom grows and she gets involved with one of the writers, who casts her in the later movies. But while the setup is impressive, the jumps between the time periods and type of clips make it hard to stay invested and focused. Further, the recreation of each time period can be questionable - Minsky is just a confusing film to begin with, and its 1970s footage looks more like the 80s, while the 1999 film looks very modern-day. But perhaps the most off-putting aspect is the sheer amount of nudity and adult content across the entirety of the footage. It's simply everywhere, to the point of being distracting and perhaps feeling exploitative. Maybe that was the intent, but it just serves to undermine the already weak motivation of trying to solve a disappearance mystery. Another point of frustration is an apparent bug that causes occasional severe screen tearing during playback, which has been observed multiple times across our playthrough and is confirmed to happen for many players. 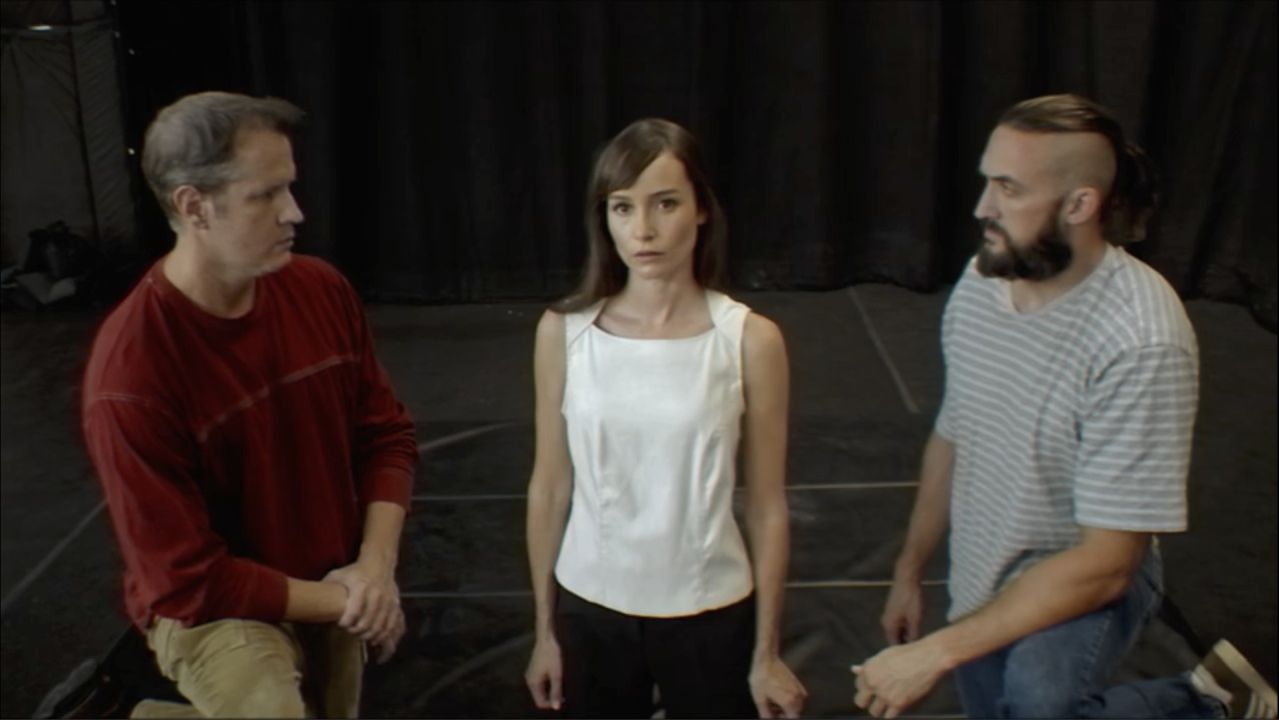 There is one fairly important aspect to Immortality, but it's the game's main twist, which means it cannot be discussed in-depth to avoid spoilers. It's what gives the game a deeper meaning, though many will find it to be very on-the-nose. It gives the footage another layer of detail to discover; it's what gives the game its title, and introduces an unnerving horror aspect the first few times you come across it. But even so, finding these elements can be just as random as finding new clips, and accessing them requires a fairly specific set of circumstances, which many players may not know about. The introduction tutorial doesn't touch on this for obvious reasons, but this means players could possibly miss this mechanic entirely.

Even after you've unlocked a large amount of footage, there could be more to see. Chances are, you still won't have all the footage or even a clear or satisfactory understanding as the credits roll, which seems to happen at a fairly random point. The clips that the game deems to be significant may not have enough context for players to realize their revelations. This is a title that feels like the gaming version of the Hollywood films about making films, a special genre that many find uniquely entertaining, while others feel it to be self-absorbed.

After spending a dozen hours with Immortality, and looking back at Her Story and Telling Lies, the progression from a video game to a movie-centric experience is obvious. Art is, by definition, subjective, and the more these projects move away from being games, the more they grow distant from their core audience. And that's what Immortality feels like - it's a creative project that's meant to show off film making skills, rather than an engaging interactive experience. Just like Hideo Kojima has been trying to create blockbuster movies in video game form, Sam Barlow and his team are clearly aiming to create art. But unlike Kojima who still puts gameplay first, Barlow's team is heading in the opposite direction. It's clearly working - the mobile version of Immortality will be distributed by Netflix. But this leaves fans of his previous work with an often confusing series of indie film footage, and not much of a game.

Our ratings for Immortality on PC out of 100 (Ratings FAQ)
Presentation
75
The hours of video footage found here certainly impresses, though its definitely leaning towards the indie feel rather than a series of blockbusters.
Gameplay
40
Digging through clips is initially interesting, and is much quicker than working with words like in the previous games. But this leads players to dead ends quicker, and after that it becomes a bit of a slog. The interface is functional. There is still no way to simply watch all you've unlocked, even in the end.
Single Player
65
Very little of the footage is interesting or engaging - the rest lacks pacing due to constant jumps between time periods and random objects.
Multiplayer
NR
None
Performance
(Show PC Specs)
CPU: AMD Ryzen 5 3600
GPU: ASUS Radeon RX 580 8GB
RAM: 16GB DDR4
OS: Windows 10 Pro 64-bit

80
There is a common bug that seems to cause screen tearing during playback, but otherwise no issues.
Overall
60
For creator Sam Barlow and his studio Half Mermaid Productions, the push to eccentric cinematography continues with Immortality, as the video game elements fade further into the background. Some may find this odd collection of indie flicks enticing, but many will be disappointed by the lackluster interactivity. 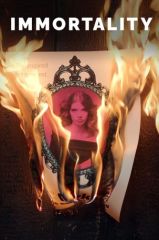 All videos for Immortality (1)
Advertisement ▼