Call of the Sea Review

If H.P. Lovecraft was alive today, what would he think of the video game adaptations of his works? There is no shortage of examples, from The Sinking City to Conarium, that embrace his gloomy narrative style in the interactive medium. But there are comparatively few that take what he built and spin it off in a new direction. Call of the Sea stands out because it shifts away from the usual depressing Lovecraft tone and even dares to push the mythos forward. It is still unmistakably Lovecraftian, but not easily comparable to the typical experience. Call of the Sea is an energizing first-person adaptation with decent puzzles and a colorful island that players will enjoy exploring. 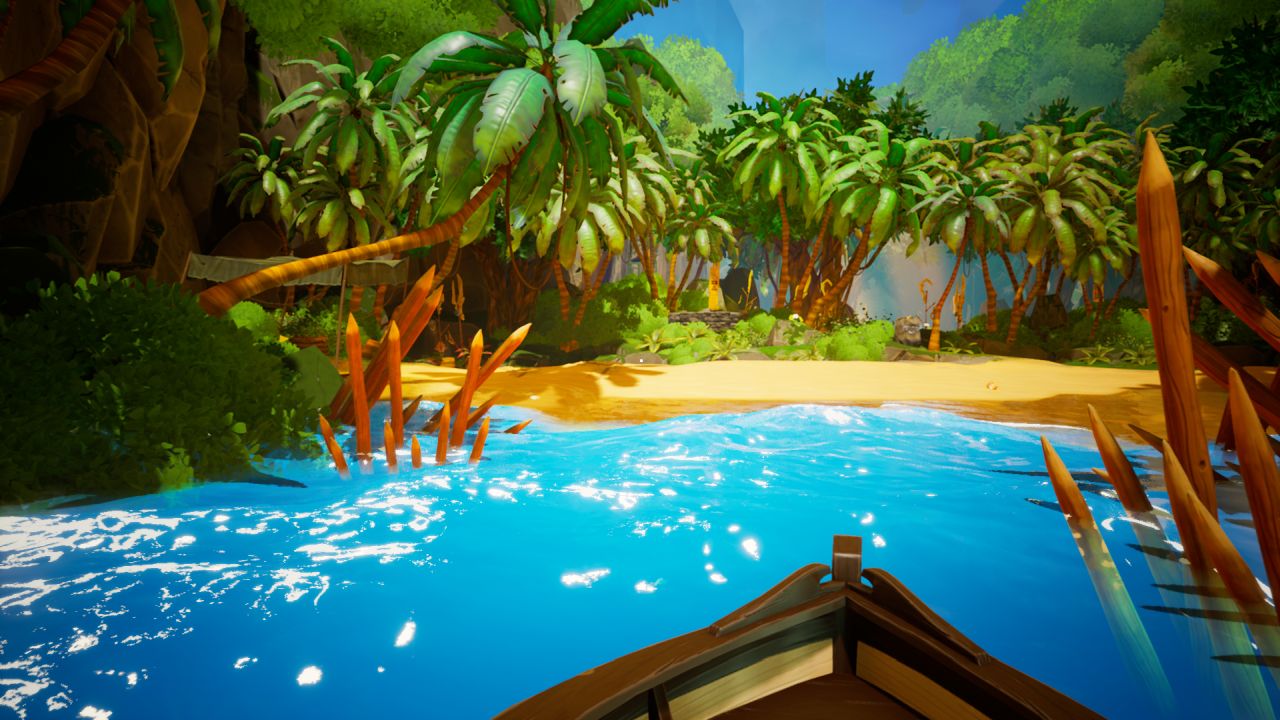 The adventure follows Norah Everhart, who is looking for her husband Harry. He went missing on an archaeological expedition near Tahiti. A month after his disappearance, Norah received a mysterious package with clues that indicate Harry and his team landed on an island feared by the locals. Despite the fact that Norah is sick, with inexplicable dark lesions on her hands, she travels to the cursed island alone. You play as Norah and follow in Harry’s footsteps. In three days, her ocean transport will return to collect her, whether she finds anybody alive or not.

While the setup is ominous, the game starts with a cheery disposition. The island is full of bright saturated colors. Birds fly across the beaches under the warm sun and perch on indigenous statues. Paths that are covered with dense canopy are inviting and the ocean waves bobble amid the mangroves. The art direction is excellent, utilizing a cartoon style without sacrificing natural beauty. Norah is also pleased to be on the hunt for Harry, enjoying the clean air and the wonderful island views—her affliction has momentarily abated. So the beginning is quite approachable, especially for younger audiences that may be more used to the colorful art style, and it is able to draw players into an adventure that sounds hazardous but looks stunning.

As Norah explores the island, notes and photographs at abandoned campsites reveal information about the people on the expedition with her husband. It is fairly easy to build a profile for most of them, including Frank, the handyman, and De Witt, the doctor. There are some audio logs to hear and some letters are directly from Harry, explaining his journey and the problems they face in exposing the island’s secrets. Despite these effective tools for delivering exposition, Norah will unnaturally reveal snippets of her past. She talks to herself about things just for the player’s sake. This is strange considering Norah has a log book which is updated regularly and it could have delivered some past information without it sounding like the writer is talking to the player through Norah. 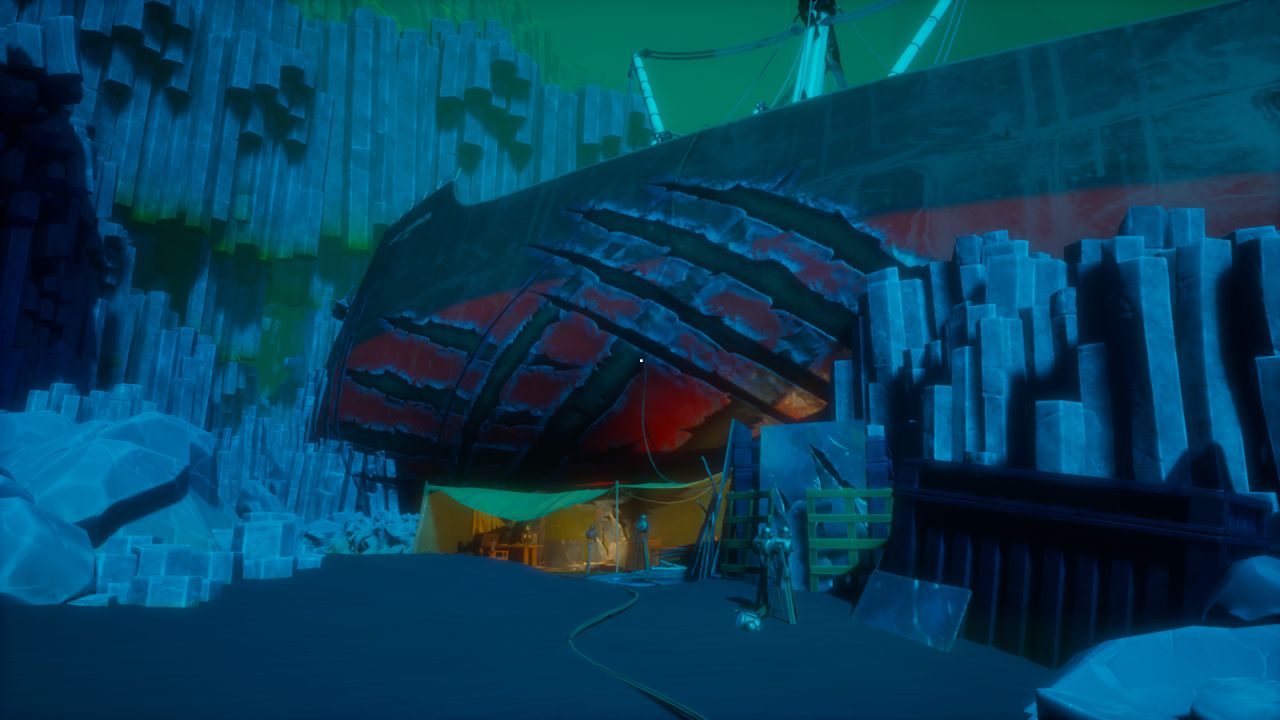 This is not just a talking simulator (or walking simulator); it is actually a good first-person puzzle game. Most puzzles involve matching symbols from one part of the world with other interactive objects elsewhere. Like rotating faces on a tiki statue or pressing buttons in a specific order to open gates. It all works nicely because of the sketches Norah makes in her log book that can be used as a quick reference. The best puzzle occurs in chapter three where Norah must find the correct frequency, translate that to alien symbols, and then shift it again based on the current tide level. Other good challenges involve forming constellation patterns and moving platforms. There are two puzzles in chapter four that betray the game’s focus on symbols, presenting something that appears more complex than it is, but they can be solved with brute force if you have the time. More traditional adventure puzzles would have been welcomed, but for the most part the island has good obstacles to decipher.

Deeper into the island is where the game starts to behave more like standard Lovecraft fiction. Alien monoliths rise above the island and huge murals show deities. Strange black ooze gives Norah visions of immense creatures and unsettling alien landscapes. She also comes to uncover more tragic events that befell Harry’s expedition. In the game’s best chapter, a shipwreck on the ocean appears to be torn apart by enormous claws; lightning crashes overhead as Norah ventures inside the wreck and emerges to rummage through deserted tents on a beach. It is here the game’s initial cheerful design becomes the most effective because there is a deeper contrast. The developers demonstrate they know the essence of Lovecraft but the game pulls back before it turns into horror; there is no gore, no jump scares, and no threats.

It would be easy to expect that this gloomy tone would remain or trend darker, but the game does the opposite. Despite situations that would break the mental fortitude of many, Norah’s attitude is rarely less than positive. It is good to have an upbeat protagonist, although her reactions are disconnected at times. Her attitude is partially explained by events that happen to her directly; eventually she is able to swim through underwater areas, which are no less stunning than those on solid ground. While these waterlogged areas don’t offer many puzzles or story notes, they do break the flow nicely. So the game matches the darkness of other Lovecraft works and then pushes beyond. This is like an evolution of ideas and the tone, while imperfect, is easily accepted. 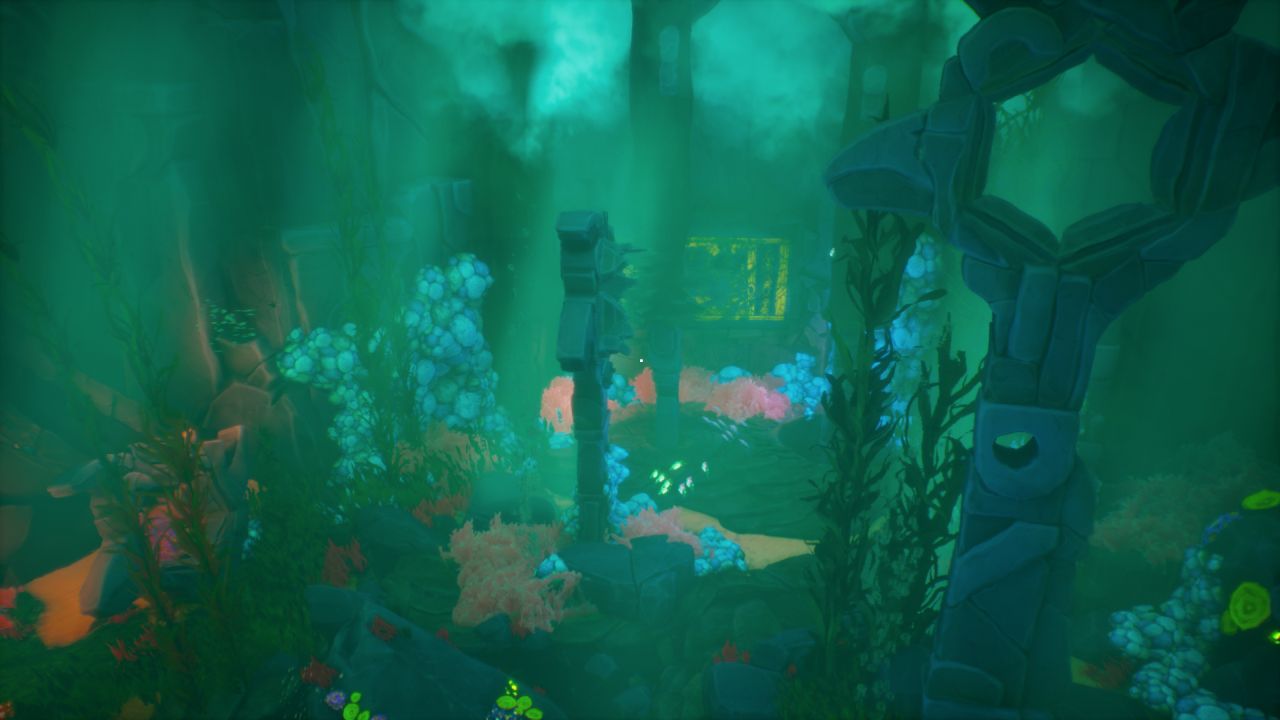 If H.P. Lovecraft was alive today, I think he would accept Call of the Sea with open tentacles. He might be renewed at how a shift toward a lighter tone can enhance the darkness. And when it goes beyond that, the end result is different from Lovecraft’s original work but still has all the trademarks. Even when the tone and exposition misses the mark, there is a decent story to uncover, with memorable characters and puzzles that keep players engaged. Call of the Sea is definitely a refreshing take on popular fiction that some might have considered too firmly anchored in place.

Our ratings for Call of the Sea on PC out of 100 (Ratings FAQ)
Presentation
85
Visuals are quite impressive with dense jungle canopy, colourful underwater zones, and ominous monoliths. The explorable areas are small but interesting. Voice work is decent from the small cast.
Gameplay
75
Puzzles are for the most part consistent but challenging enough as they usually involve matching symbols from one place to another. A handy log book helps with the puzzle solving.
Single Player
75
Uncovering what happened with the island expedition is a strong part of the tale as each character is easily remembered and distinct. Unfortunately Norah has a tendency to talk to herself unnaturally.

80
Norah’s movement is occasionally blocked by small obstacles and she needs to get close to some things just to ‘look’ at them. There are not many performance issues or bugs to worry about.
Overall
78
Call of the Sea is a new take on Lovecraft’s lore with a vivid introduction that enhances the moments when the game transitions into darker waters. With an interesting story and solid puzzles, it is an adventure game worth playing. 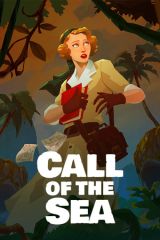 Call of the Sea - Reveal Trailer
Posted: 349 days ago

Call of the Sea - Release Date Trailer
Posted: 154 days ago

Call of the Sea - Launch Trailer
Posted: 134 days ago

All videos for Call of the Sea (3)
Advertisement ▼