H.P. Lovecraft wrote over 60 stories in his lifetime, but it was only after his death that he gained infamy as a master of horror. Because of this fame, it was just a matter of time before Lovecraft's weird works wormed their way into the video game industry. Gamers may be familiar with Cthulhu, the octopus-headed, building-sized cosmic being that has permeated numerous titles. Since copyright no longer applies to Lovecraft's stories, developers are now free to share and build upon his mythos. Conarium is a horror-adventure game from the small team at Zoetrope Interactive, loosely based on Lovecraft's popular story called At the Mountains of Madness. Briefly, the original story involved a deadly geological expedition to Antarctica where scientists discovered an ancient city that was built by a race of bizarre creatures that predated humans by millions of years. Conarium embraces this setting and its associated themes, while crafting a satisfactory, basic adventure. 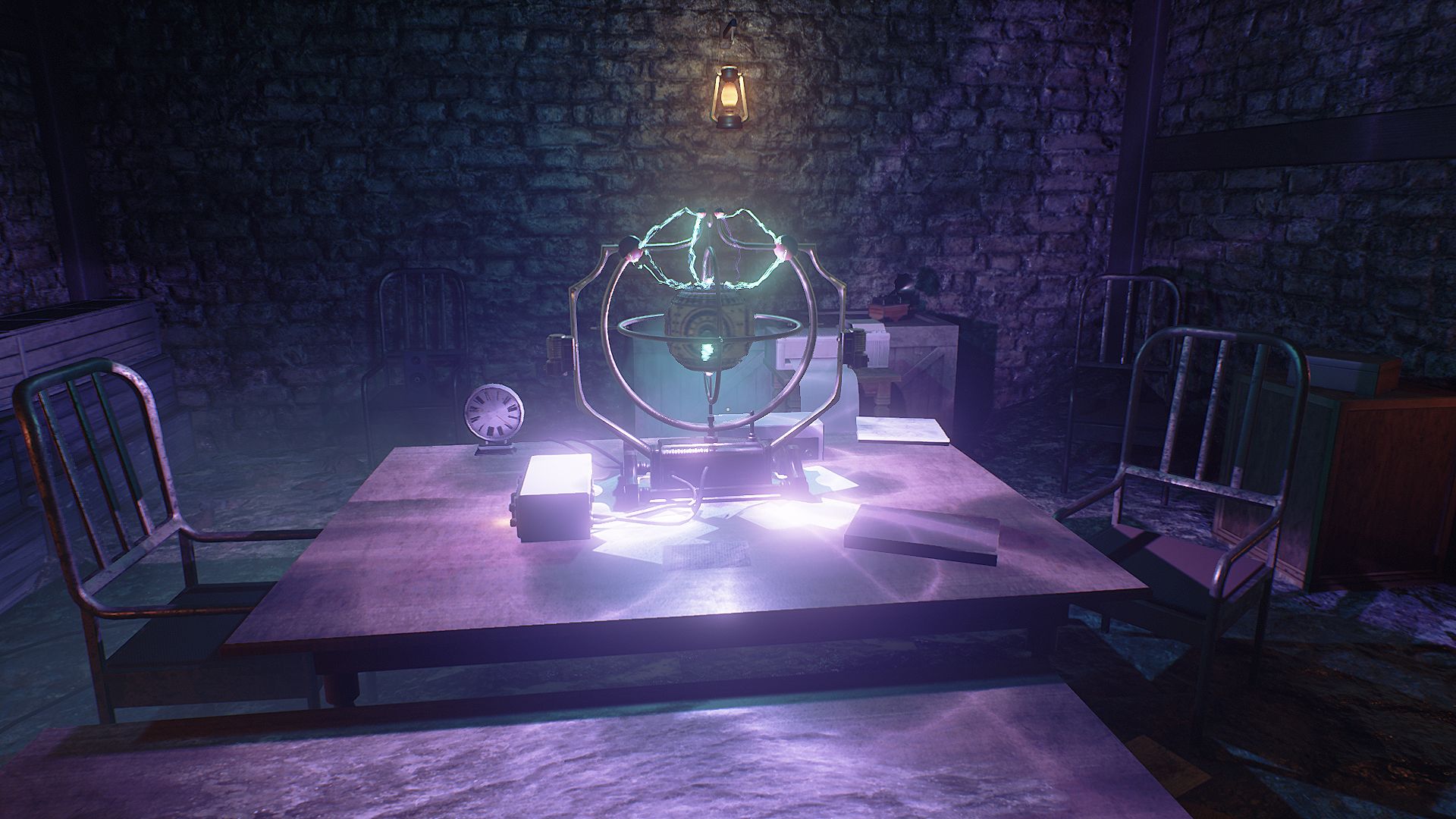 Set in the middle of the 20th century, Conarium begins inside a research base located in Antarctica. The base is situated above the preserved ruins of an unknown civilisation. You awake in the base alone, and there is no power. Your character, Frank Gilman, remembers arriving at the research base, but nothing more. After restoring power and finding some typical adventure-game notes, you discover that Frank was a willing participant in an experiment involving an otherworldly elixir and a strange machine that was built from descriptions in archaic lore. This machine, Conarium, transports a human consciousness into another realm of existence where it can share memories, travel great distances, experience things beyond comprehension, and communicate with the dead. This could prove quite useful in an underground city containing mummified bodies of intelligent creatures. This device has some side effects though, namely intrusive visions and breaks in reality. You need to find out what is going on, and that means delving deeper underground to find your scientist companions.

Underneath the base are tunnels that were once home to an ancient race of reptilian humanoid creatures. Exploring these ancient passageways and tombs is faithful to the original Lovecraft story that focused on stepping into similarly dark and unknown ruins. Murals on the stonework provide glimpses at the lives of these creatures lost to time. Statues, in various poses, are poised to come alive and provide general unease as you try to understand the culture of such beings. Even strange plants cover archways and may need to be bypassed. This ruin-diving experience is at its best when it tries to be subtle with horror. One such example was when a cat appeared in front of a light, casting an odd shadow on a nearby wall, before scarily transforming into something unreal and vanishing. Stumbling upon an animatronic head also set a bizarre mood that was never further exploited. There is not much in the way of pure jump scares or danger in Conarium, but the few rudimentary chase sequences pale in comparison to the quieter moments of merely exploring an unusual place. The atmosphere of these ruins, and the base itself, is quite effective and the game draws encouraging comparisons to Penumbra: Overture.

Somewhat like Penumbra, Conarium is a first-person horror game with lightweight adventure mechanics. You will need to collect items—keys, handles, fuel—and use them to access new areas. Merely having a crowbar in your inventory will allow you to pry open floorboards. The only time you need to equip an item is when stonework needs to be demolished with an axe. Using an axe to smash through ancient stone, which has stood for eons, is a little weird and used a few too many times. Much of the adventure is merely collecting items. Some objects, notes in particular, are found inside drawers that require perfect cursor accuracy before the open prompt appears. Although items required to progress are rarely hidden, the propensity to obscure story content is a shame. Overall, the adventure elements are simple, requiring only a brief search and little thinking. 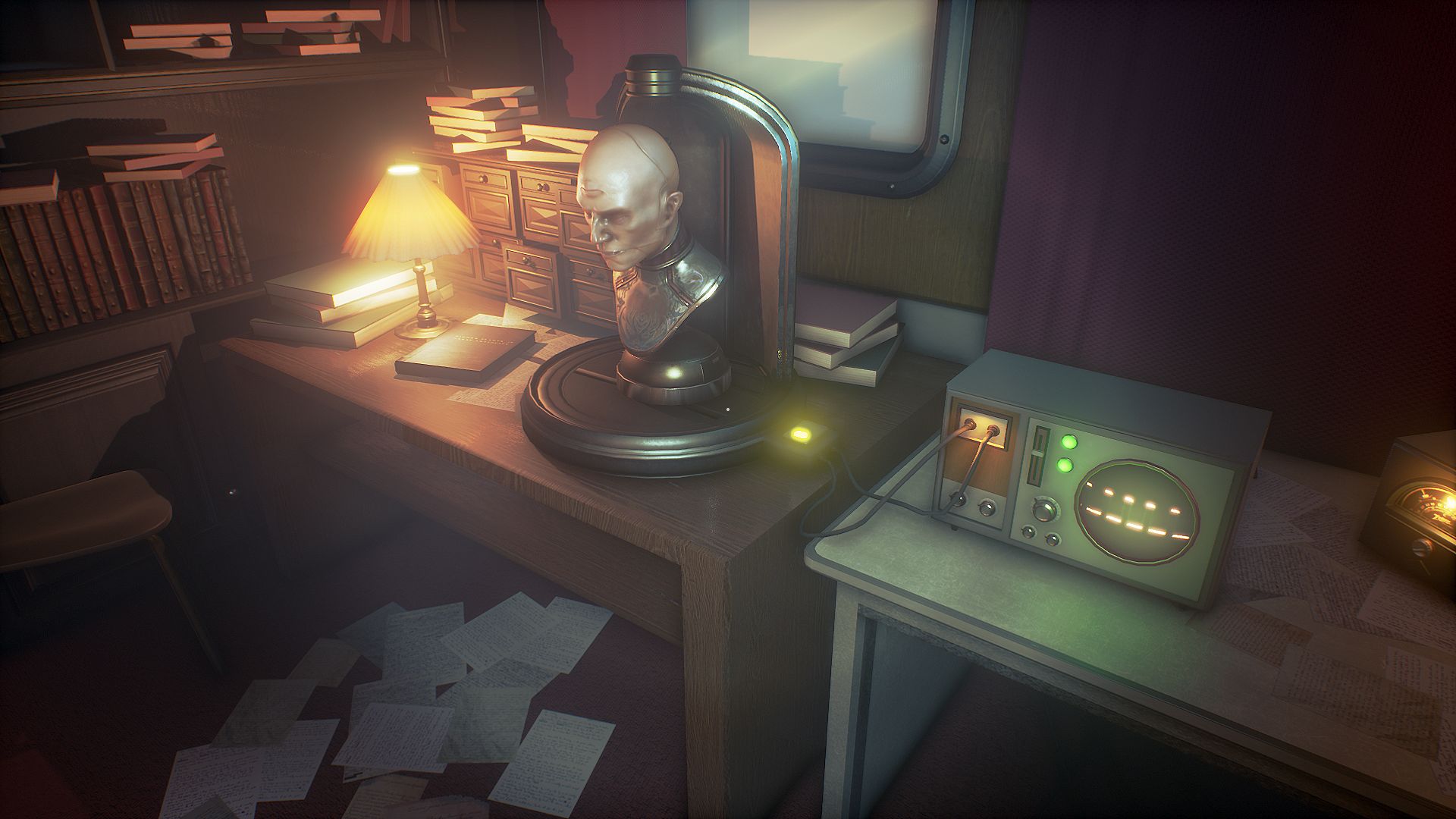 There are occasionally puzzles that require logic, involving symbols or ancient mechanisms. One of these trickier puzzles was found in the basement of a mansion, as part of the strange memories related to the Conarium device. Acquiring the code to a locked door in the basement required examining a single object and linking it to other items. This object was unrelated to the puzzle—more so than the many scribbled notes or other items nearby—so the leap of logic between the door and the object was too great. Fortunately the puzzle wasn't hard to brute force, as it only needed three correct glyphs out of eight, taking roughly 5 minutes. This was true for some of the other 'harder' puzzles which could be brute-forced almost as fast as it would take to solve them properly by looking through Frank’s journal or applying logic. Not all the trickier puzzles are poorly implemented, but the slip ups stand out because there are so few brainteasers.

While there is a little bit of exploration associated with the puzzles, the game is actually fairly linear. At one point you pilot a submarine to reach a deeper cavern, and this prevents Frank returning to the earlier areas. Even the Conarium-induced memories could be considered breaks between chapters. The linear approach helps the four hours pass quite briskly, although more efficient use of these areas would have been perfectly reasonable given the adventure trimmings.

The mythos in Conarium is alluring, and it is probably more true to the original story than the presence of the mystifying ruins. Conarium's narrative is vague, and not just because side notes are hidden in obscure corners. A more direct explanation of happenings would have made for a stronger experience while still leaving plenty to the imagination. This obscurity helps the horror but the actual payoff falls short. The original story was similar in its efforts to tease the reader and fail to properly reward them. Conarium needed to satiate players slightly more with its story and subtle horror scenes—like showing that cat again.

Although the mood created by Unreal Engine 4 is suitable, the game is a little rough around the edges. When exploring deep caverns, part of the level failed to reload and I fell into a grey abyss for an eternity. Level transitions were often too abrupt, breaking the game’s flow during some dramatic scenes. Doors can be walked through immediately after interacting with them, even though there is barely enough room for a cat to squeeze through. And when smashing rocks with an axe, it was sometimes hard to tell which remaining pieces were still blocking the path. Even the voice work from the main character is a little rudimentary and strained. These rough edges are not a major problem although they are a regular detraction from the game’s better features. 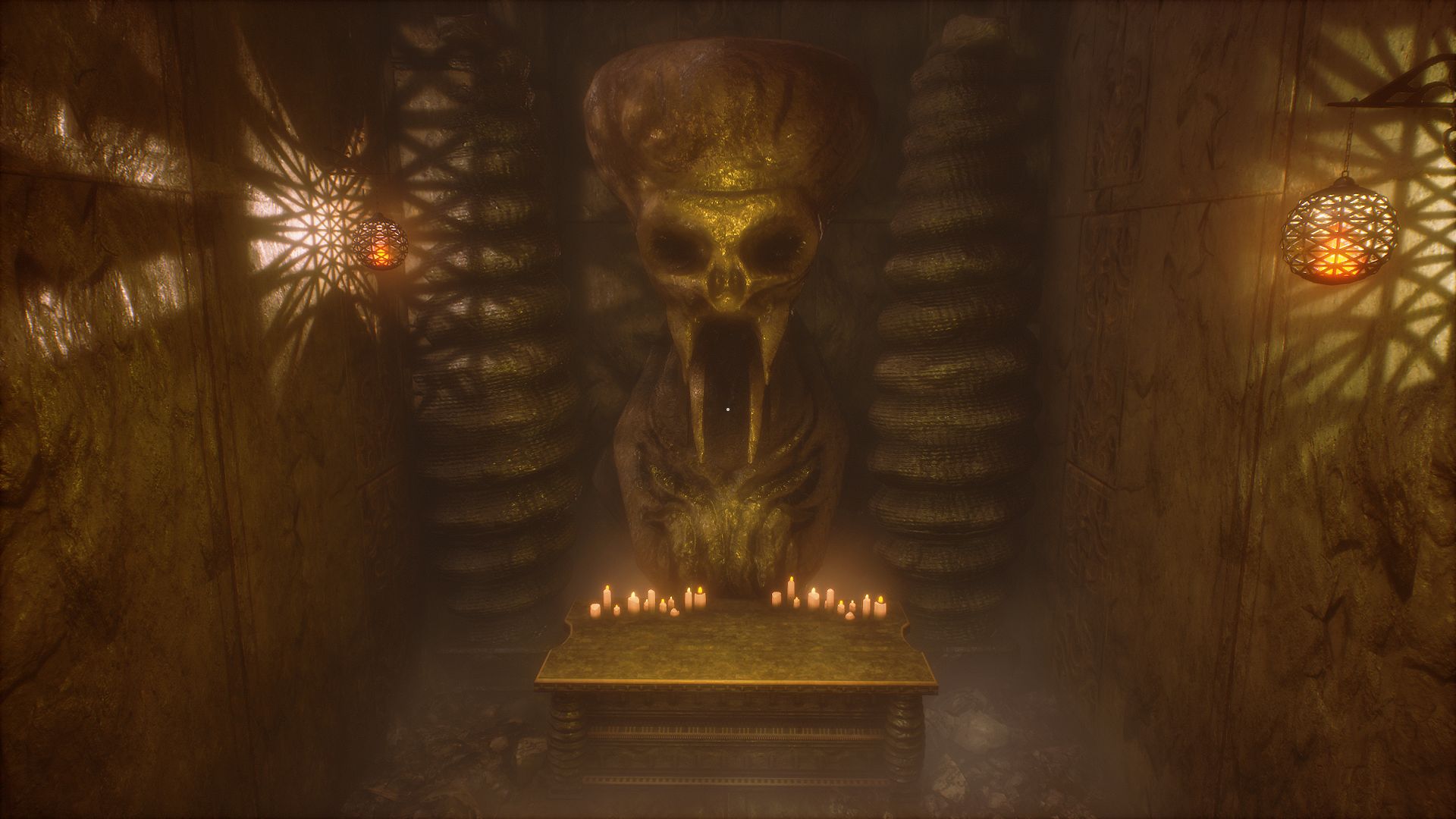 Conarium is a faithful Lovecraft adaption in more ways than one, although not always a good adventure game. Its focus on exploring the ruins of an alien civilisation, that predates humans, is perhaps the strongest component. The atmosphere found in the darkened caverns and halls located beneath Antarctica brings suitable unease and awe. The experience peaks when it employs subtle horror, mostly through brief glimpses of the weird, rather than the few lacklustre chase sequences. The adventure mechanics are either too simple or too abstract, with not enough in between. But if you are in the mood to cut through stone doors with an axe, there is plenty of that. Conarium is perhaps most faithful because the story is vague and it teases greater horror, much like the book it is loosely based on. This means there will be more horrors swirling in your imagination than on screen. But that is not always a bad thing, and Conarium is a good application of Lovecraft’s work that needs only a few tweaks to become a good adventure game.

Our ratings for Conarium on PC out of 100 (Ratings FAQ)
Presentation
68
Underground caverns, passages, ruins, and statues all set a mood of bizarre wonder akin to Lovecraft's imaginative tale. Base interiors are quite detailed. Voice work is not great.
Gameplay
55
Most of the adventure mechanics are too simple, requiring only the collection of items. Some of the hard puzzles are too abstract but could be brute-forced easily. Smashing ancient rocks with an axe gets old.
Single Player
70
The lore behind the world of Conarium is intriguing but the game hides too much of it from the player. The adventure is fairly linear and takes about four hours.
Multiplayer
NR
None
Performance
(Show PC Specs)
CPU: Intel i5 3570k
GPU: XFX RX 480 GTR Black 8GB
RAM: 16GB DDR3
OS: Windows 10 Pro 64-bit

68
There are few minor issues relating to level loads and object interaction. Generally fairly stable with adequate framerates.
Overall
65
Conarium's fascinating world is closely based on a Lovecraft story, taking players through ancient tombs abandoned for eons. The adventure puzzles are a bit too simple and its rough edges needed smoothing, but it is still a faithful adaption. 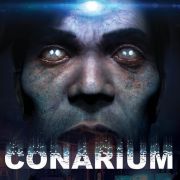 Our Review of Conarium
65%
Adequate
The Verdict:
"A basic adventure through haunting Lovecraftian ruins that needed stronger foundations "
Game Ranking
Conarium is ranked #1393 out of 1841 total reviewed games. It is ranked #127 out of 174 games reviewed in 2017.
1392. Bloodstained: Ritual of the Night
PlayStation 4
1393. Conarium