Having a strong launch lineup is every console maker's ultimate goal. Sure, there will be third party support, and some indie efforts to help push a new console, but the first-party production is arguably going to be the deciding factor for many fans. With the launch of Xbox One back in 2013, Microsoft had Forza Motorsport 5, Ryse, and Dead Rising 3 to lead the way. The one big name missing was of course Halo, and it wasn't until 2015 that Halo 5 made its debut on the console. With the Xbox Series X arriving later this year, Microsoft decided to change things up. We won't be getting a new Forza for a while, but Halo Infinite is the big game to push the launch. At the Xbox Games Showcase this week, developer 343 Industries has finally showed off gameplay footage for the new Halo. We had a chance to attend a session with the developers of the game, followed by a round of questions. 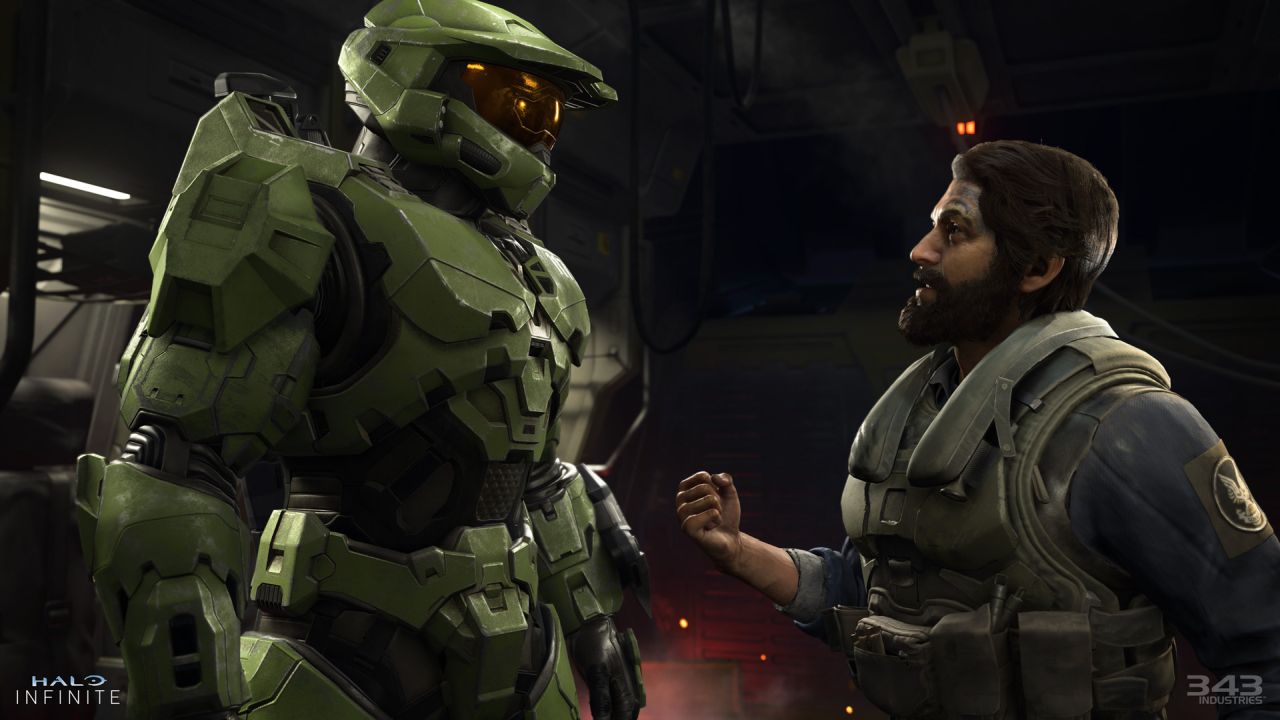 In our presentation, we had a second look at the same campaign demo that was shown during the event, however this time it was accompanied by commentary from a group of developers - Chris Lee, Studio Head of Halo Infinite; Paul Crocker, Associate Creative Director of Halo Infinite; and Jerry Hook, Head of Design for Halo Infinite. The demo takes place a few hours into the story, as Master Chief and the Pilot (yes, his character is simply named Pilot) experience a crash landing. They are shot down by anti-air weapons, which Master Chief sets out to clear. This particular Halo ring is controlled by new Brute War Chief, Escharum, who has led the Banished to victory thus far. This enemy faction is new to Master Chief, but not new to fans of the greater Halo universe who have encountered them before in the Halo Wars strategy franchise. The game is said to be friendly to newcomers, but will also have plot elements that players of Halo 5 will pick up on.

The demo was confirmed by the developers to be running on a PC with the specs "representative" of the Xbox Series X power. The developers tell us that Infinite is meant to be a spiritual reboot of the franchise, hence the subtitle and drop of the number from the name. The hope is that fans will find the experience to be familiar, but with a few new elements. The Pilot is said to be an important character, one that's juxtaposed as an "everyday man" to the Chief's heroic past. As Chief steps outside the crashed ship, a tac-map is brought up to show his surroundings, and mark the destination as one of the anti-air cannons. The developers say that the map in the game will be larger than the last two campaigns combined (i.e. Halo 4 and 5).

No more than moments after setting out, the Chief encounters some foes to dispatch. There's some very familiar Halo shooting mechanics, along with a few new elements. One addition is the drop shield, which creates a temporary barrier to stop bullets and grenades and let you have a breather. Another addition is a grapple hook, which helps you traverse with more freedom, and also pull objects towards you, such as explosive canisters that can then be thrown. The AI may also have a few new tricks; we observed an enemy picking up a suicide grunt and throwing him towards Chief, and in another example shooting an enemy in the legs made him stumble. 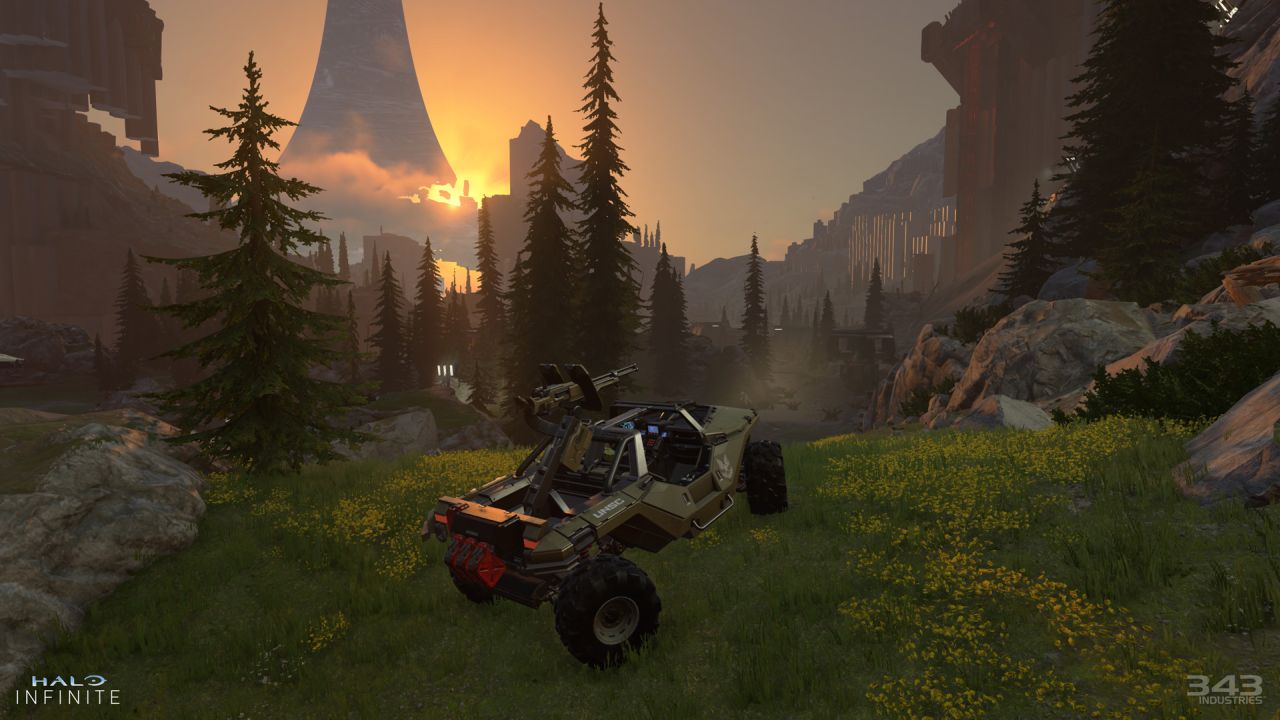 While the demo was playing out, the developers also commented that they are proud of the music design in Infinite. The musical score is being created by Curtis Schweitzer, but he will also be joined by Gareth Coker, known most recently for his work on the Ori soundtracks. The game promises to have a new acoustic system, to surround players with a realistic soundscape.

As the demo wrapped up, the developers say that they will have more to show in the future, including multiplayer. We then moved into a Q&A portion, where a number of questions were submitted by the press and put forward to the developer trio. While all of the hard hitting questions were not brought up to the developers by the session moderator, even those that got an answer didn't feel all that convincing. The developers stuck to the same talking points, and their responses were very brief and generic, even to the softball questions, which felt strange. There are far too many unknowns and too many details that were not discussed, for reasons unknown, other than the developers saying they may reveal things later, or they want "players to discover it on their own", as in under the guise of avoiding spoilers.

Over and over, the answers fell back to the key "spiritual reboot" concept, when asked about enemies, weapons, or even the art style. The team wants to respect the past but bring something new and diverse to the gameplay experience. Interestingly, the team avoided using the word "nostalgia".

The developers confirmed that exploration will be a fairly significant part of Infinite, with the grapple hook adding more puzzle and exploration potential to the world, but combat will still remain at the core. To keep the flow of the game, you may find more tools beyond the grapple hook, and they will all have a cooldown to use. It was briefly confirmed that players can upgrade their tools. Missions will push players to the corners of the map, but there will be many secrets along the way to discover. There's also promise of coming across vistas and quieter moments between the action. A time of day system will help add to the immersion of the game world. 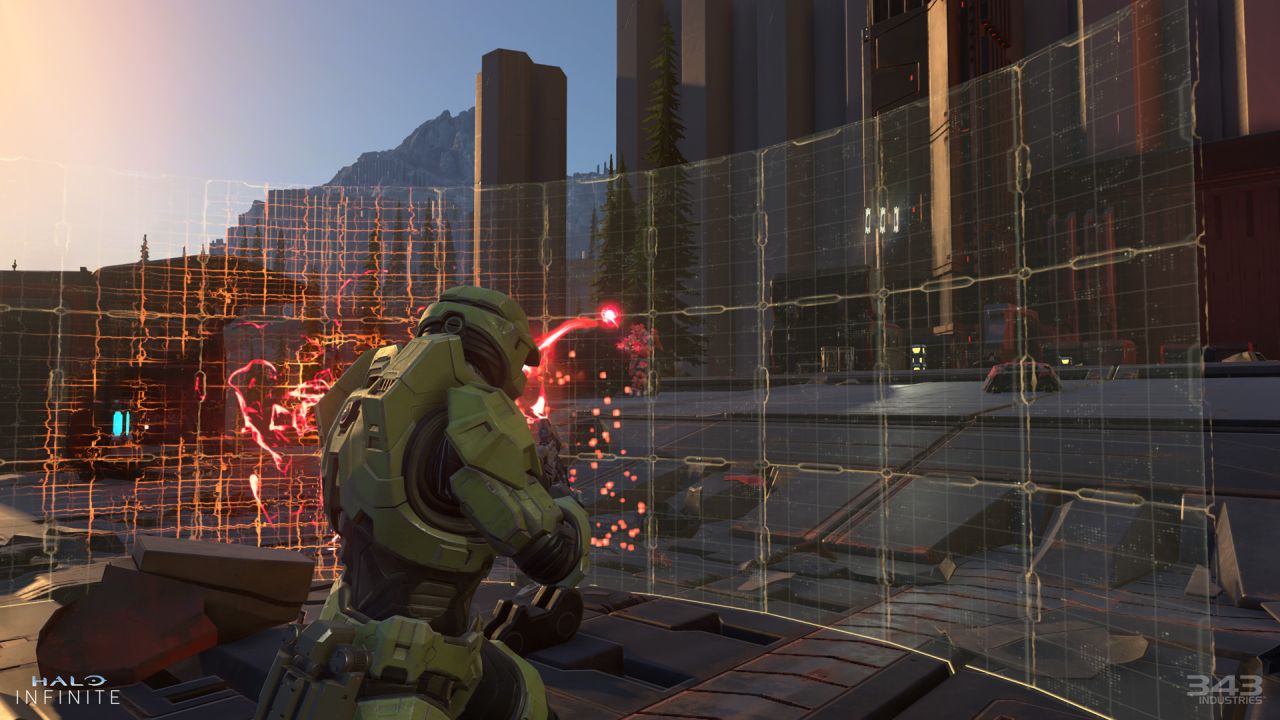 The game is built on the new Slipspace Engine, and when asked about any concessions that are made to make the game work across Xbox One, Xbox Series X, and PC, the developers responded that each platform will play the game without any issues. The answer then instead deflected into listing the benefits of the Xbox Series X – the Smart Delivery feature that will automatically download the "best version" of Halo Infinite depending on what platform you're playing on, at no additional cost. The game also takes advantage of the new Velocity Architecture, the new console's encompassing tech design that combines new systems of presenting complex textures, lighting and more.

The reveal of Halo Infinite gameplay has been a long time coming, and with the game being the big launch title for Xbox Series X, there's a high level of expectation. From what we observed in the hands-off demo and a quick Q&A session, the game is shaping up to be a more open and exploration-focused Halo, but with most of the series staples still intact. It didn't exactly work as a breathtaking showcase of what the new console is capable of, but as a continuation of a long running franchise, it seems like a typical next step. Halo Infinite is planned for launch on PC, Xbox Series X and Xbox One family of devices sometime in Holiday 2020.

All videos for Halo Infinite (7)
Advertisement ▼