Halo 4 is a game that takes few risks, like an energy sword that you can always depend on. It is the first entry in what is set to be another trilogy series for the ever-popular Master Chief. The franchise has now moved on from original creators Bungie Software to the newly formed 343 Industries, who at the closing moments of the game thank the fans for trusting them with the franchise and promising greater things in the future. And fans should trust them indeed, for Halo 4 plays it very safe with everything from story to gameplay, so even the most hardcore will be pleased with the new developers. With such high production values and genuine attention to detail, it’s also easy to forget that you may have seen this all before. 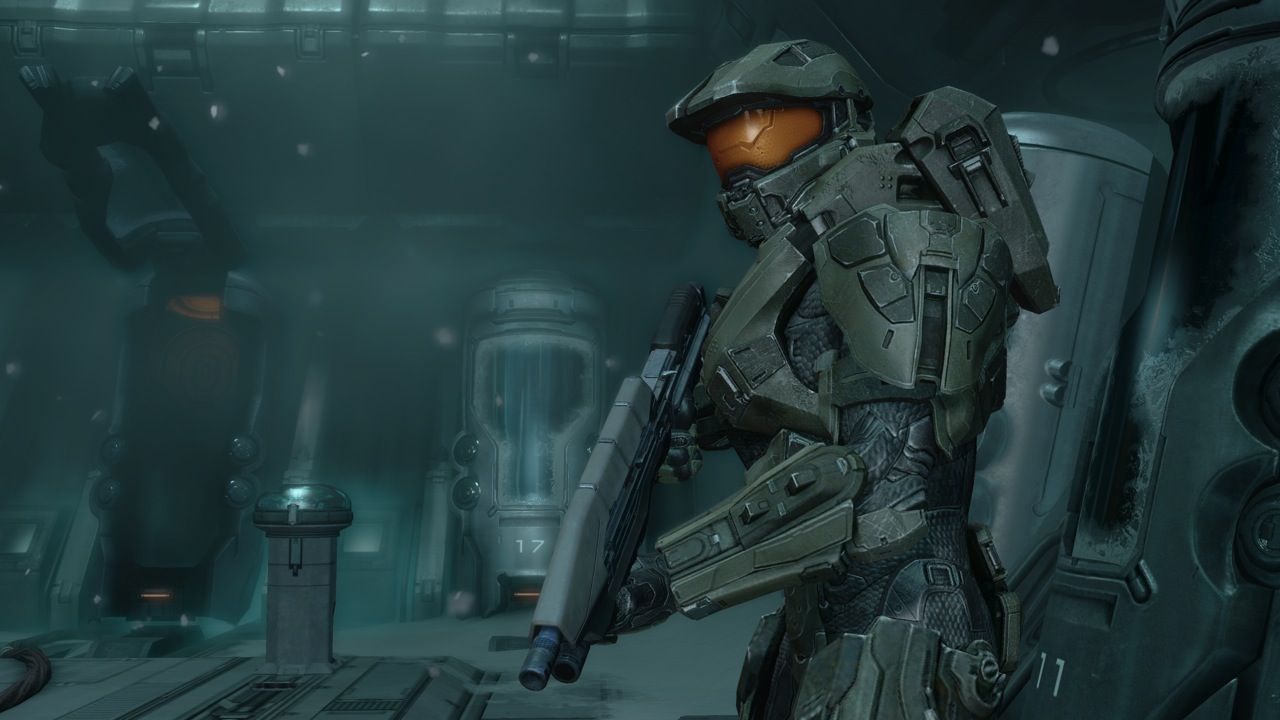 The game, as mentioned, marks the return of the Master Chief as the main character, for the first time since 2007's Halo 3 in fact. For those who need a refresher, the end of the last game saw our hero lost in space, adrift aboard the wreckage of the UNSC ship Forward Unto Dawn. However, the ship is suddenly invaded, so the loyal AI named Cortana wakes Chief. It turns out that over four years have passed since the events of Halo 3, giving the story pretty much a clean slate. Under attack by the Covenant (again), they find themselves near an unknown planet.

It’s not long before things go sideways and the planet actually sucks in the remains of UNSC ship, taking Master Chief and Cortana along with it. As events begin to unravel, we meet the new technologically advanced enemy race called The Prometheans who are led by a mysterious enemy that seeks to destroy all of Mankind. Why? Because of the usual “greater good of the universe”. Truth be told, Halo 4’s main plot is rather uninspired and can be easily compared to the original game – so hopefully we won’t just get a rehash of the old trilogy with this new one.

On the bright side, the campaign is well paced and the game’s most human and heart-felt subplot comes courtesy of Cortana, ironically enough. Players will get to know her throughout the game, and given that Master Chief remains as quiet and unemotional as ever, she carries most of the tension in the story for reasons I won’t spoil here. There is also a cliffhanger ending, understandable given that another chapter is coming, and also providing hope that perhaps there will be at least some risks taken with the story. 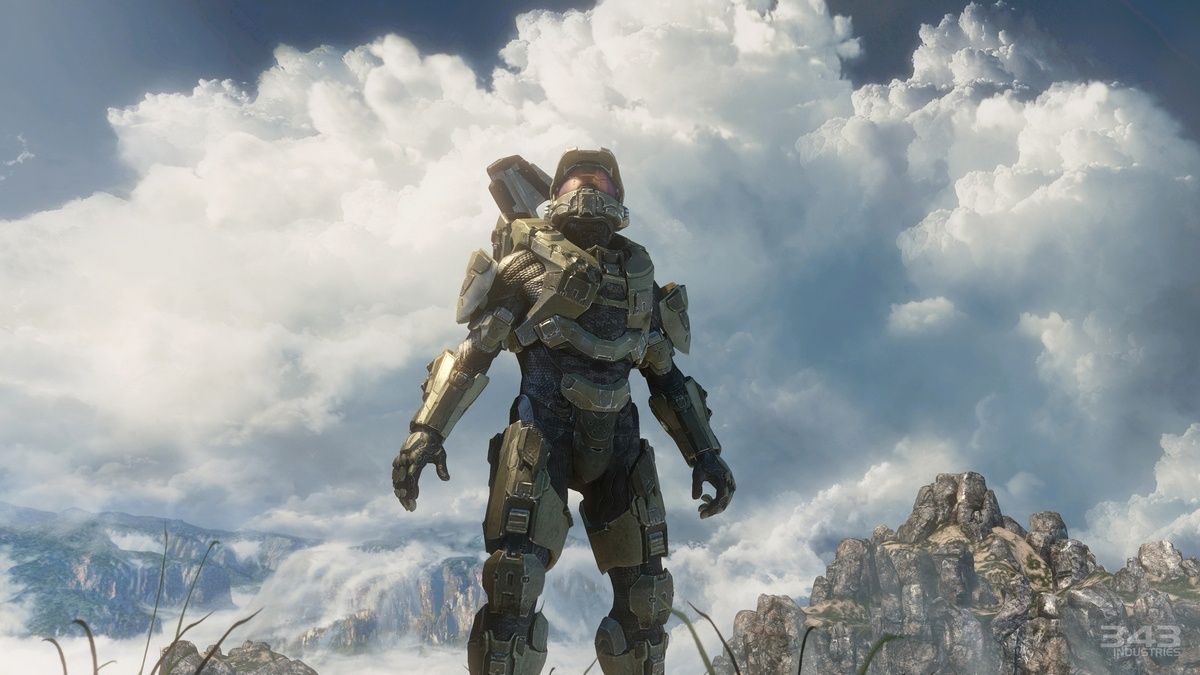 Likewise, the gameplay remains solid yet largely unchanged, likely afraid to upset the balance for a series with so much following. All of the classic Halo weapons and Covenant enemies are present here, and though they look and sound better than ever, it’s still essentially the same experience. The game attempts a half-hearted explanation of why we’re fighting the Covenant again, but it falls flat. AI hasn’t really changed either, with no concept of taking cover when under fire or flanking, and only knows how to shoot, dodge, and run. Most of the campaign missions also play out dangerously close to repetitive, tasking Master Chief to kill anything that moves and occasionally push a button, with vehicle sections attempting to break up the ever-familiar pace.

Things get a little more interesting and diverse as the new enemy race enters the fray. The Prometheans are a high tech robot-like race, with their own unit types and abilities. The new enemies bring their own weaponry as well, but while it looks cool, they function pretty much identical to corresponding UNSC and Covenant guns, likely for the sake of balance. Meanwhile, the most basic Promethean enemies are fast moving creatures that look like dogs, which are able to scale walls. Next are the flying drones, not particularly troubling on their own but instead are utility units, who can do anything from deploying mobile shields, throwing grenades back at you, to spawning and resurrecting enemies. In other words, these are the guys to take down first. Stronger Prometheans are more in-line with their Covenant counter parts, such as Knights, who come with a wide range of weaponry. Their unique attribute is the ability to teleport, presenting an unknown variable when trying to create a plan of attack. It can’t be said enough that these new enemies finally provide some much needed vertical and dynamic gameplay that Halo has rarely seen before. It’s not exactly mind blowing for the genre, mind you, but is a definite leap forward for the franchise.

Potentially a greater expectation with any Halo game, however, is the multiplayer. This time around, the multi-user offerings are located under the heading of Infinity. It’s named after the UNSC starship where players will live through their Spartan career. In competitive multiplayer, titled War Games, you’ll start out with a basic loadout and little customization options, but as you gain experience through matches, new weapon unlocks and specializations will become available for purchase and simply through leveling up. It has all the hallmarks of an addictive, long-term modern online offering that fans will be pleased with. Online action itself is smooth and glitch-free, even in the early days of the community.

There are 10 maps on offer, and though none scream of instant classic, a few are likely to become very popular thanks to good design. Plus as expected, more are coming as DLC. A variety of multiplayer modes are also available, though again it’s not something that you’ve not seen before, they add a ton of replay value. From Capture The Flag to King of the Hill, with 9 modes in total offering something for everyone you’re bound to stick around the multiplayer arenas for a while. 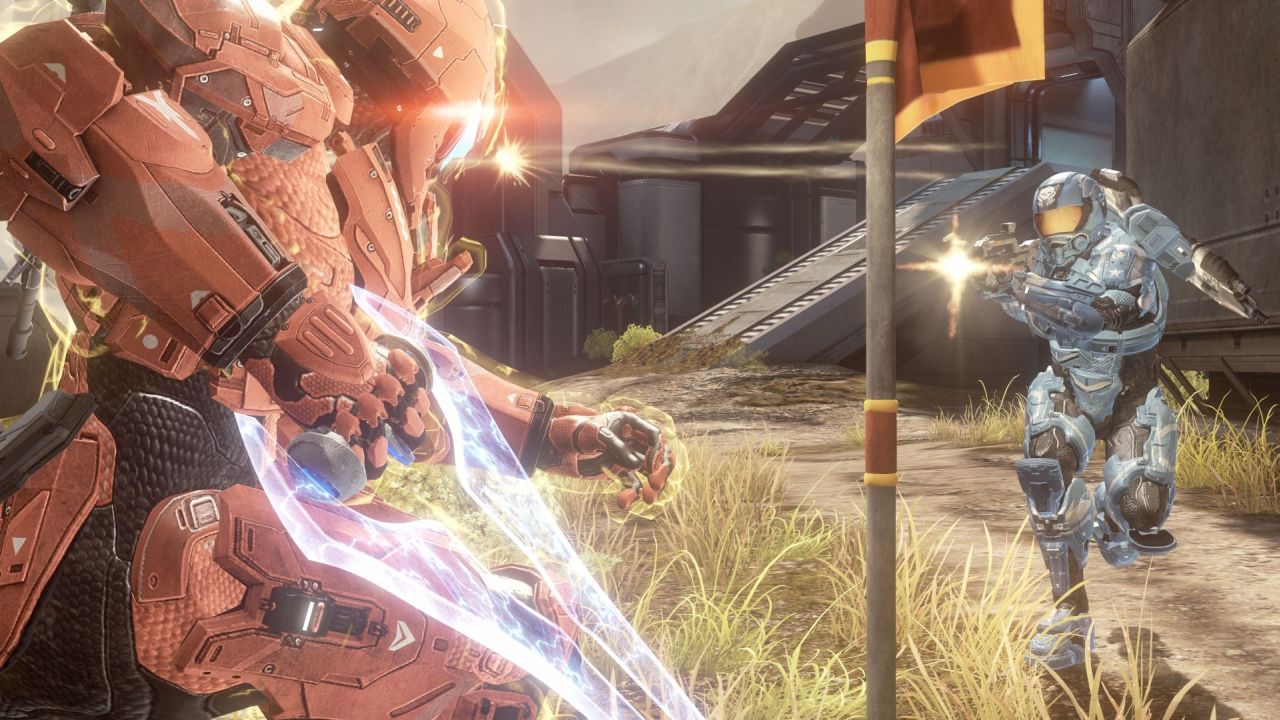 The Forge returns, where players can edit and create multiplayer maps. It now has improved tools and flexibility, but still not as powerful as the editors in other community-focused titles. Additionally, there’s also the new Spartan Ops mode, which is a series of short missions that are loosely related to the main story. The mode is designed to be played with friends cooperatively, as is possible in the campaign as well. Objectives here are often simple, and it’s barely a step above the typical horde mode from the previous games. The first season of Ops is on-disc, offering five scenarios that won’t take very long to complete even solo. More seasons are promised in the future, and though judging by season 1 it’s not exactly a huge value - nor will it distract you from War Games - Spartan Ops is free so you’d be hard pressed to complain about more Halo. Plus, Spartan Ops provides more XP which counts toward your overall multiplayer progression.

As hinted at the outset of this review, the presentation in Halo 4 warrants a special mention. Given the age of the Xbox 360, some of the visuals in Halo 4 are truly amazing. It is equally amazing how smoothly the game runs given the effects on display. From distant planets and dense jungle to narrow yet brightly lit interior halls, technical visuals in the game always have something different to show off. The art design is classic Halo, but the different environments help dilute the usual silver and white of interiors. Sound effects are equally good, and make the weapons and enemies feel more visceral than ever before. Finally, Neil Davidge composes a great original soundtrack that easily matches those of the best blockbuster films, nailing both the dramatic overtones and upbeat action, with smooth transitions. Not even occasional audio loops and low resolution textures can take away from the overall level of quality. 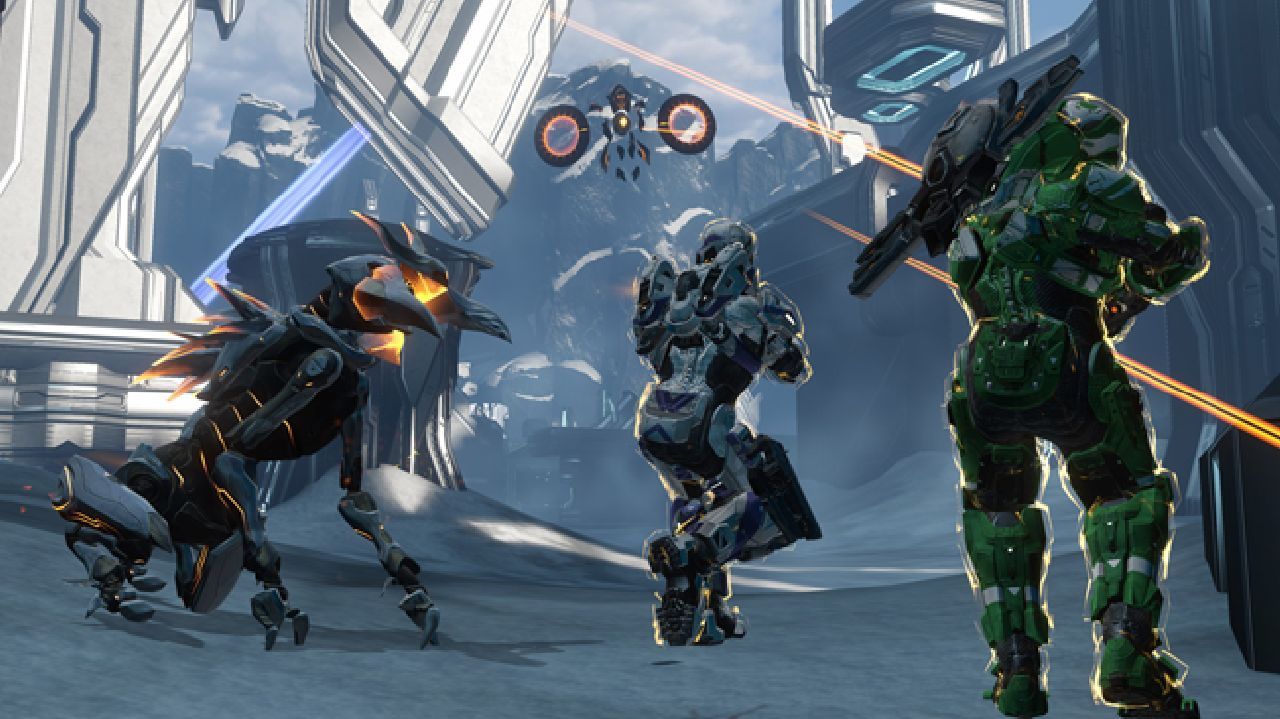 Halo 4 is a new chapter in one of the most popular gaming franchises ever, and certainly one that has so far defined Microsoft’s Xbox console. Even with a new developer 343 Industries, Halo fans can rest easy – this is much of the same classic gameplay that you’ve come to expect. Although it may sometimes feel like the game is simply treading water of those before it, the new enemies and weapons provide enough of a difference to make the franchise feel fresh again. With the ever-expansive multiplayer mode in full force and some Spartan Ops included for cooperative action on the side, the game offers great value. Add to all this some stellar presentation, and you’ve got yourself one solid sequel. It’s not the second coming of Chief as some might have hoped for, but it’s Halo in all its former glory, a formula unshaken by the years and a development team change.

Our ratings for Halo 4 on Xbox 360 out of 100 (Ratings FAQ)
Presentation
89
A few low resolution textures and audio missteps can't detract from an otherwise bombastic soundtrack and visuals that squeeze whatever power the Xbox 360 can still offer.
Gameplay
84
There's plenty of classic Halo here, but thankfully things are spiced up with new weapons and enemies.
Single Player
82
The new trilogy opens as a bit of a cliche, but the personal stories of Cortana and Master Chief make up for it in some ways. Campaign missions are designed with little creativity.
Multiplayer
90
War Games provides the classic mutiplayer with longevity and character customization, while Spartan Ops offers something a little extra for cooperative play. It's a complete package.
Performance
93
Runs very well, with fast loading times and smooth online play.
Overall
85
A new trilogy begins on a solid, but eerily familiar foundation. Halo 4 is everything that fans have come to expect from the series, and though 343 Industries should hopefully take more risks in the future, one thing is certain: Master Chief is back, and in capable hands.

All videos for Halo 4 (6)
Advertisement ▼