Players can try three game matchups in the demo

Fans have the opportunity to experience a neutral site game as they lead either Alabama or Virginia Tech in the Chick-fil-A Kickoff Game in the Georgia Dome, get a feel for the new Option attack with either Oregon or Texas A&M at Kyle Field, or take part in one of college football’s greatest rivalries when Ohio State and Michigan square off in The Big House.

Online
There is currently 1 member and 151 guests on the website right now. Who's On?
Activity in the past 10 minutes: 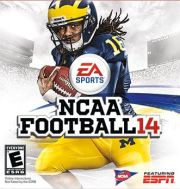