A giant cyclone has sucked up thousands of fish from the oceans! It’s an ecological disaster! Tanks of water are immediately assembled throughout the world, so that all the fish can be returned to the oceans. As the sea creatures start falling back to Earth, someone must make sure they land safely and quickly since they cannot survive for long out of water!

4. The Inheritance of Crimson Manor 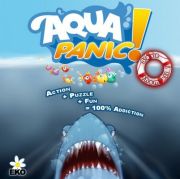