Napoleon Total War is the next chapter in the critically acclaimed Total War series from The Creative Assembly. In a vividly detailed, war-torn world, players assume the role of Napoleon during his extraordinary rise to power. This epic RTS adventure follows Napoleon’s devastating path of conquest and victory through nearly two decades of warfare from the early Italian campaign to the Battle of Waterloo. Napoleon: Total War also marks the single biggest innovation in the history of the franchise with an integrated multiplayer campaign that allows two players to fight for control of the campaign map.
Napoleon: Total War Videos (2)
View All 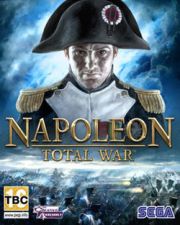