Also known as: ARMA II
An elite Marine unit has been deployed to a former Soviet republic, whose political fate balances on a razor's edge. With the might of teh USMC just offshore, and as the Russians anxiously watch from the north, the five men of Force Reconnaissance Team "Razor" are trapped in a war not only for control of the country, but also for the hearts and minds of its people.

The Suicide of Rachel Foster 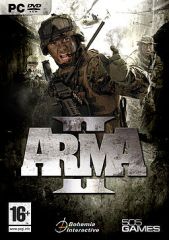