Whether you call it soccer or football, one thing's for sure — you've got the technique worthy of the sport's most competitive clubs. Ditch your cleats, leave the stadium in the dust and get ready to experience fierce soccer action where it's really at — in the streets. From rooftops to parking lots, from Rio de Janeiro to Amsterdam, players are tearing up the pavement and taking soccer to a whole new level. Build up a killer roster and sharpen your skills, you're about to take it to the Street. 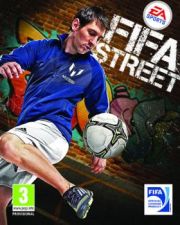 Our Review of FIFA Street
79%
Good
Reviewed on PlayStation 3
"A unique sports offering that is much more sophisticated than its previous iterations"
Game Ranking
FIFA Street (PlayStation 3) is ranked #505 out of 1646 total reviewed games. It is ranked #56 out of 145 games reviewed in 2012.
504. SimCity
PC
505. FIFA Street