As the latest iteration of the stealth action series, Splinter Cell Blacklist arrived in stores mere weeks ago. We have spent extensive time with the game and thought it “Resurrects the stealth franchise,” as seen in our in-depth review of the game. However, we also had a chance to take a look at the Wii U version of the title and have noted the particulars of this version that are specific to the platform. 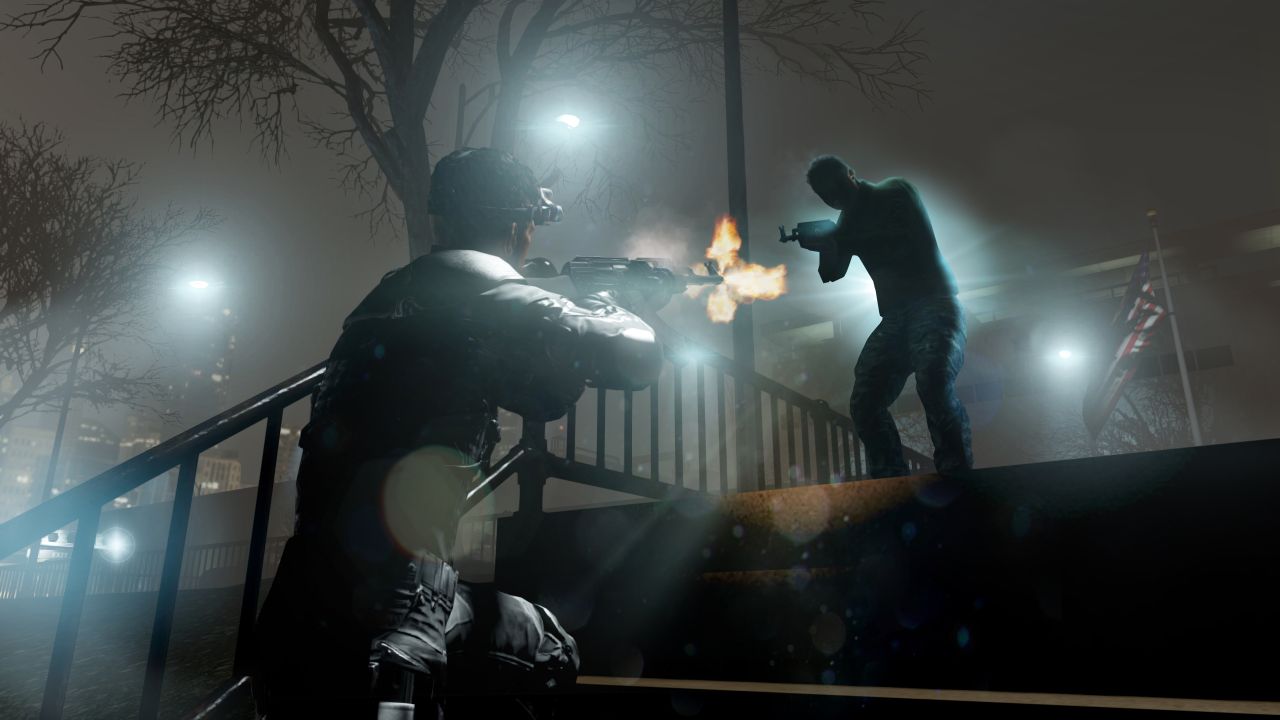 For those unfamiliar – the story goes something like this. America is under threat from a terrorist organisation known as the Engineers. The Engineers demand that America withdraw troops from across the globe immediately. If their request is not heeded, they will unleash catastrophic attacks on American civilians and infrastructure. This cryptic list of inevitable attacks is designated the Blacklist, and it functions as the backbone for the narrative. Since America does not negotiate with terrorists, their first action is to set up a secret task-force that can prevent Blacklist attacks. Sam Fisher, Anna Grímsdóttir (Grim) and several other key personnel form a counter-terrorism unit known as Fourth Echelon.

First off, the Wii U version of Blacklist does look great and on-par (and perhaps exceeding) the visuals of Xbox/PlayStation. The shadows are deep and sharp, character models and environments highly detailed, and on the whole this is probably one of the best looking games on the platform. However, these visuals do come with a price, particularly on the performance side of things. 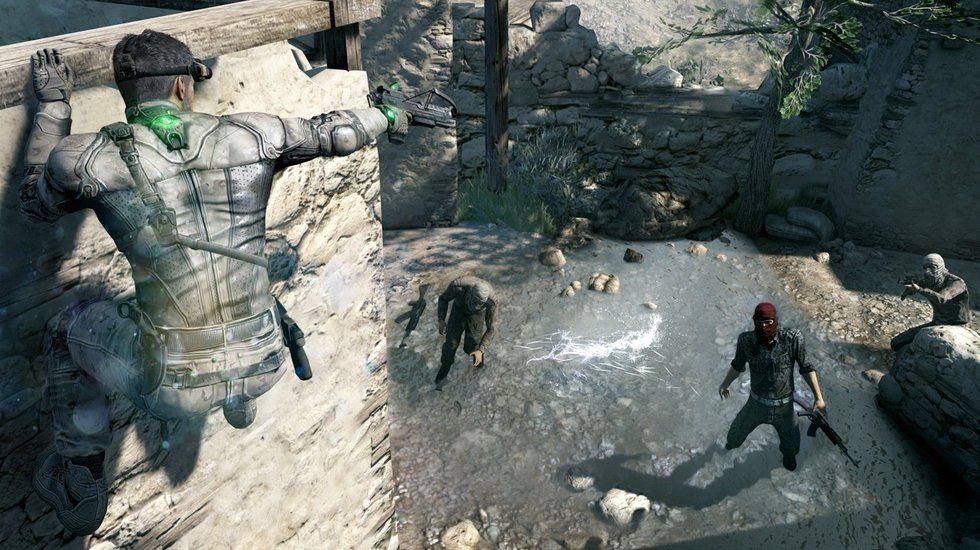 The load times are rather extensive, and while that may be explained by the large sizes of levels, it’s still an annoying performance issue. Audio and dialogue are similarly well presented, but also suffer from occasional stuttering and drops. Depending on when these glitches occur, it can vary between immersion-breaking and only mildly inconvenient.

While we are on the subject of issues, some of them also creep into the gameplay. Pun not intended, actually, as Sam sometimes has trouble getting into cover and remaining stealthy, whether that’s due to bad scripting or awkward positioning within the environment. Or sometimes, just plain buggy cover objects. Again these issues are rarely damaging to the overall experience, but crop up consistently enough to earn a mention.

On the subject of controls, which are of course the most prominent difference between the Wii U and other versions of the game, there’s not much to say. In this case, that’s a good thing. Working with menus is functional on the pad, perhaps more so than with a controller given the sheer amount of items to scroll though. For times when Sam uses one of his gadgets with a remote camera, the Gamepad acts as a tilt-controllable device to alter your view. Whether that’s looking under a door or using the drone, the motion control works well and flows with the overall control scheme. The whole game can actually be played on the tablet with motion controls, however given the demand for precision when trying to stealth, we found the motion controls best be turned off, except for gadgets. 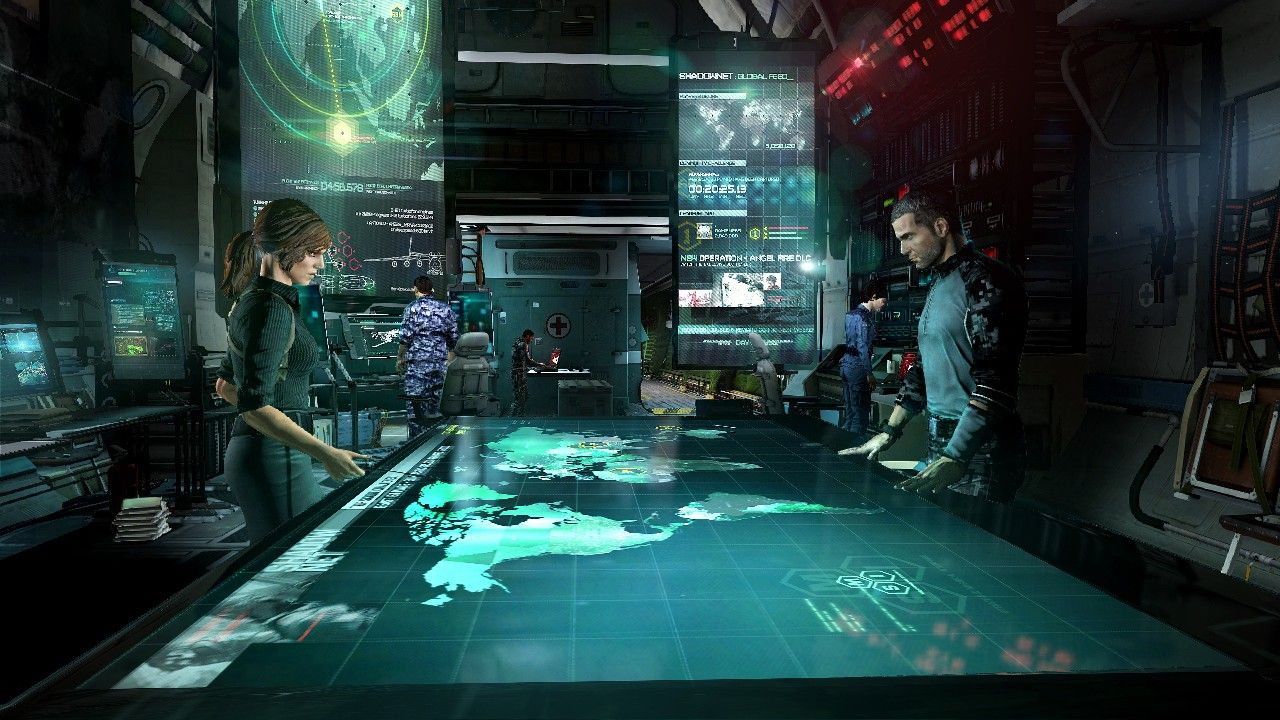 Other notable differences are found in the multiplayer offerings. Unlike other versions, Wii U’s Blacklist lacks split screen cooperative modes, despite being potentially the best designed console to take advantage of such multiplayer. Thankfully, the Spies vs Mercs mode is present and playable online. Here, you can also find a few of previously-mentioned cooperative levels, though you have to take them on alone.

If you’re a fan of Splinter Cell and want to get more of Sam Fisher, Blacklist is certainly a welcome entry to the franchise. Those looking to get the game on the Wii U will also be treated to great visuals and a very workable control scheme, though at the risk of potential issues with performance and presentation. There may not be any standout features that make the Wii U version a definitive one; however Blacklist in itself is a great title so those picking up can’t go wrong on Nintendo’s platform.