If there’s one thing I’ve learned from growing up with video games, it’s to keep my fat mouth shut when it comes to predicting what will and won’t be a success on the gaming market. I laughed at the Xbox when it first came out (What was Microsoft thinking? They were competing with their very own PC-gaming market!). And of course, lest we forget, I chuckled condescendingly at the idea that the iPhone would ever be able to generate revenue from casual games. 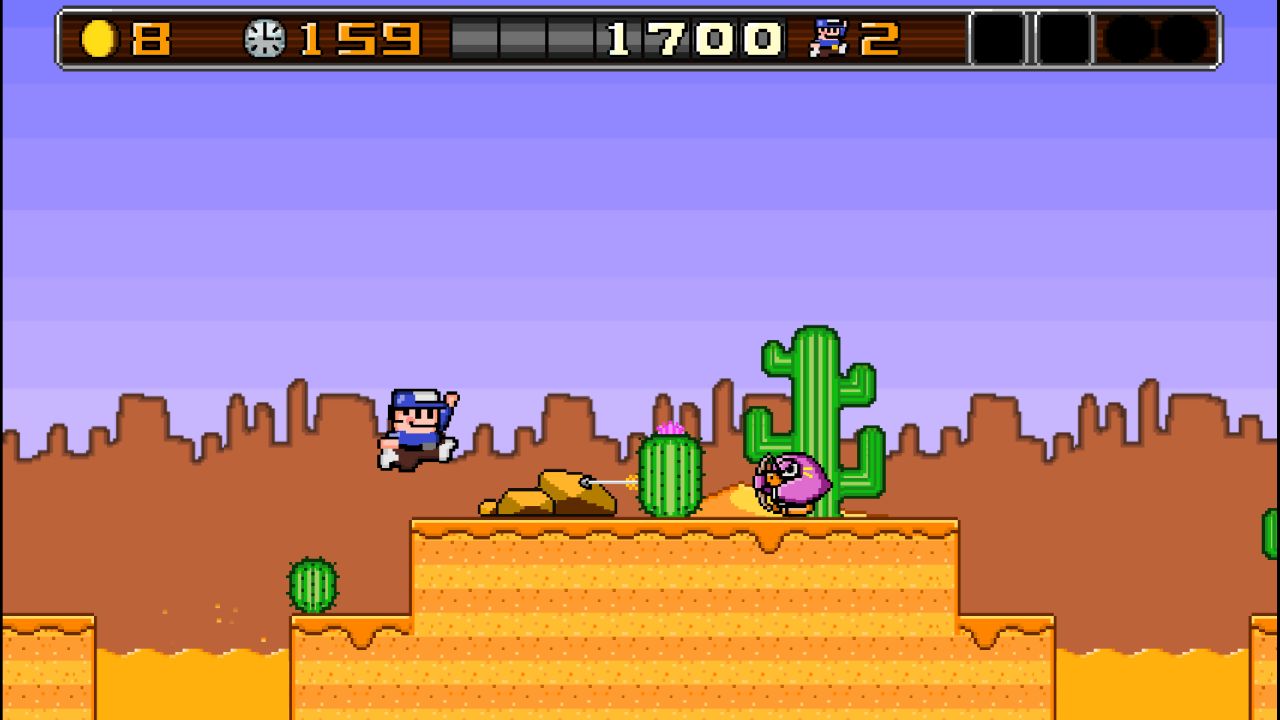 That’s why I hesitate to giggle at the idea of browser based games. There’s plenty to complain about: all your saves are erased whenever you wipe your web history, and the game icon takes up space on your normally-blank starting page. But then, the game also nicely pauses whenever you switch tabs. It’s a little like a flash game, only deeper and with a fair amount of content, and always available offline. 8-Bit Boy is meant to be something of an experiment in the browser-based field, showcasing what it can do and giving you a reason to try this odd little corner of the casual gaming market. Right from the get-go, the game panders to the nostalgic gamer, with a storyline about an average Joe who, when rummaging through the closet, stumbles on his classic suspiciously-brandless gaming console and decides to play through an 8-bit platformer just for old time’s sake. Our fearless hero then gets magically sucked into the game (light symbollism, anyone?) and has to battle his way from left to right in that classic 80s style of platforming. From the first moment, the game feels eerily familiar: gathering gold coins, hitting blocks to get the fireball powerup, sprouting hidden beanstalks to get to hidden caches... it’s a deliberate mimic of the original Super Mario Brothers through and through. Whether you love this idea or hate it will be up to you, but I’ll get deeper into this question later in this review.

If you don’t remember the glory days of eight bit platforming (or if, poor soul, you’re too young to have experienced them), 8-Bit Boy wastes no time in reminding you of what you’re missing: the old platformers were HARD. Bottomless pits are everywhere, low ceilings block your jumps, and your character can only get hit three times before dying (and that’s only if you’re very good about picking up all the power-ups along the way). When it was first released, 8-Bit Boy had no difficulty setting, making the learning curve an absolute pain to deal with: I was honestly stuck on the first two levels for quite some time, since game saves must be discovered and earned, rather than being automatic. An update wisely allowed an ‘Easy Mode’ where the game saves at the end of each level and more time is granted for level exploration. Not that a true gamer would stoop to such crutches, but it’s the thought that counts. 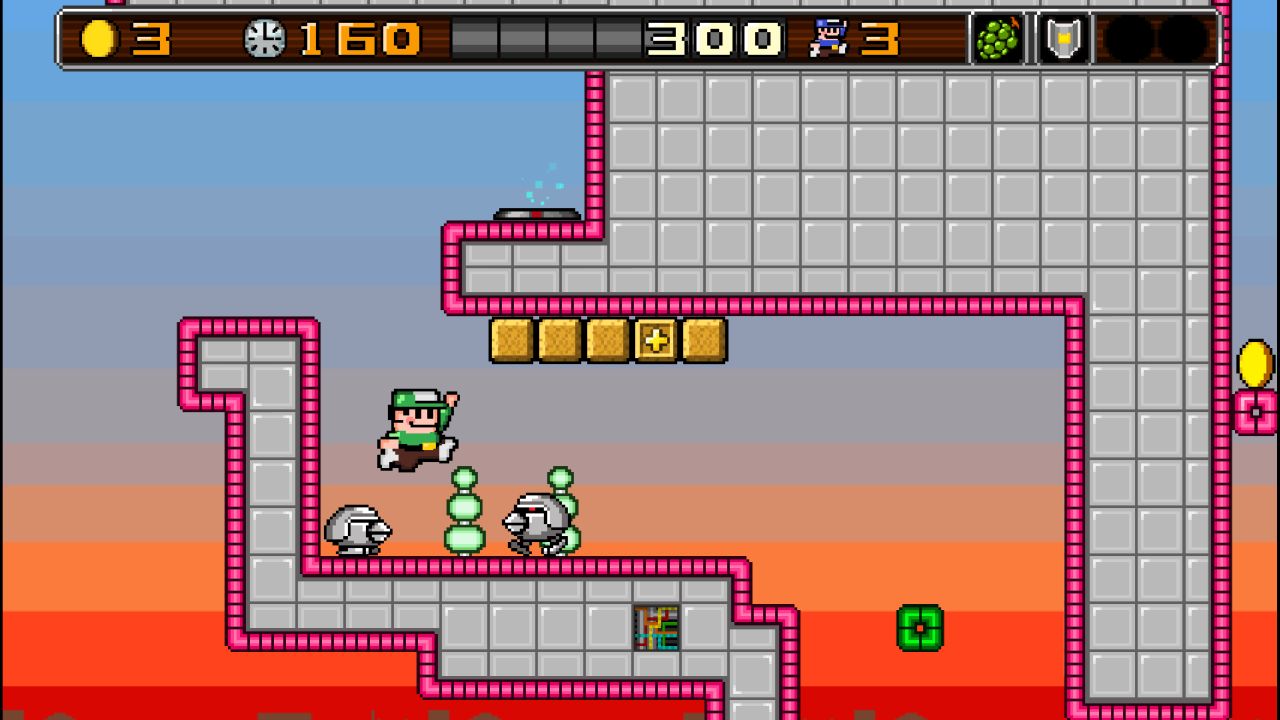 The game’s inherent difficulty does raise some issues though, since the makers are obviously trying to mimic their late-80s predecessors. Half of the difficulties make you wonder whether the move away from early platforming mechanics was simply a sign of the gaming industry growing up, rather than a babying-down. For example, the aforementioned earned game saves are hidden throughout the levels, but you wouldn’t know about them unless you’d read through the included manual, because the game doesn’t organically reveal its mechanics the way that most modern games do. Get it? It’s bad game design! Just like the classic games used to have! Or take the generous over-slide that your character has (that’s where your character will always slide a little bit further than he jumps, making it very easy to fall off edges) .

This feels for all the world like unresponsive controls, and even if this was what eight bit games were like, I certainly don’t remember Mario being THAT difficult to control. That said, the other difficulties (like all that one-hit-kill lava) are simply being true to the memories of what the second Golden Age of video games was like. I’ve heard plenty of gamers say that games have gotten ridiculously easy in the past two decades, and I believe it: here’s a game that will (horror of horrors!) actually make you stop and work through a difficult level until your skill increases enough to beat it.