The gameplay in Asura’s Wrath is often a mixed bag. Instead of enemies having a standard life bar or a fixed amount of baddies to rage your way through, there is a wrath bar… oh I see what they did there. Asura’s wrath bar fills up with every downed enemy or finely placed hay-maker and once the bar is sufficiently aggravated and full to bursting, Asura makes a quick dash at whatever stubbornly un-demolished person or thing stands in his way, triggering a quicktime event. Overall the system works well and fits the timing and pace of the game nicely.
However, battles in the early stages of the game can suffer from a lack of strategic options or tactical thought. No matter which difficulty the game is placed on, the early battles consist of low-tension mook-smashings. In direct defiance of this apparently anticipated criticism, the game has one of the healthiest difficulty curves in modern gaming. The difficulty increases at such a steady yet tangible pace that later battles feel more climactic as a result. 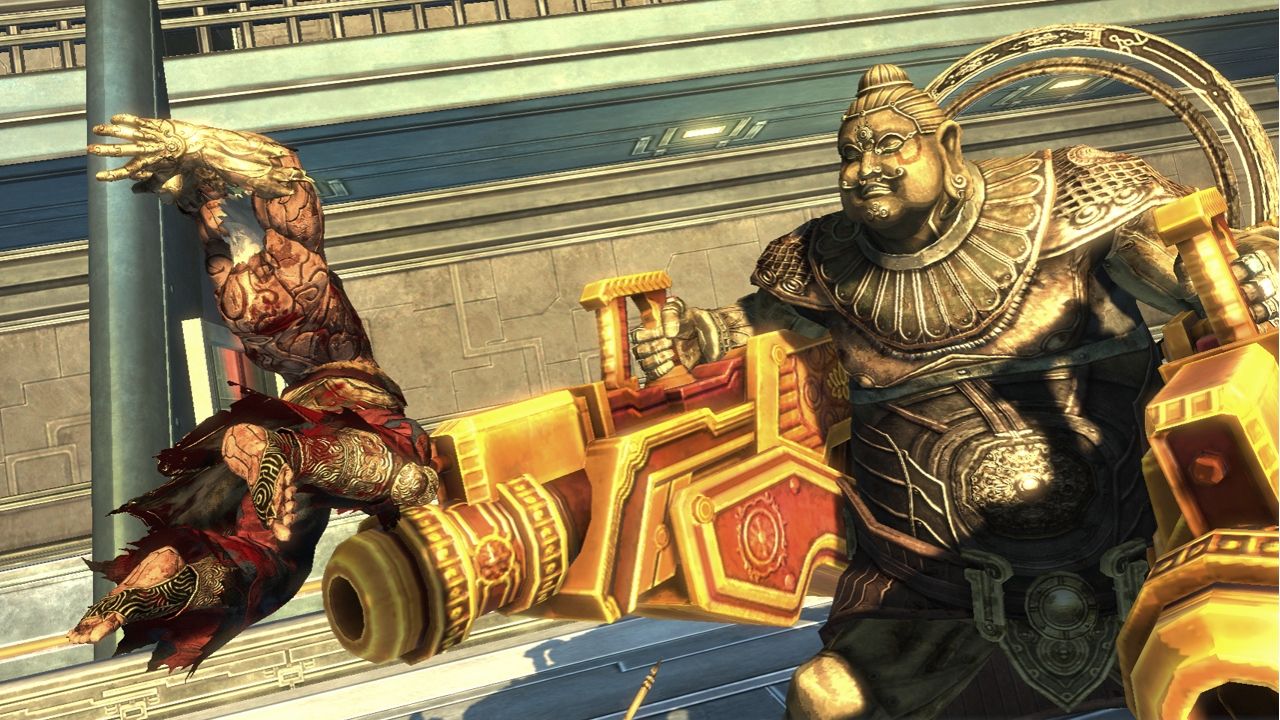 Perhaps the biggest misstep the gameplay takes is its tacit admission that, because it’s a story based game doomed to be a short ride and built around setpiece moments, that it doesn’t need a complicated and deeply involved combat system. This slightly cynical philosophy was probably for the best for a six to seven hour game. Were the gameplay any more complicated or intricate, there would simply not be enough of it by Asura’s Wrath’s end. However, by taking the simple approach, what combat there is can be infuriatingly unremarkable.
Numerous quicktime events aside, the gameplay switches off from Rez-like shooting segments and on-foot God of War style sequences. The shooting segments are extremely fun in short bursts but tend to drag on after every enemy on the screen has been effectively murdered. The hand-to-hand combat sections flourish when Asura is given a single enemy with which to use his arsenal of punches, charges, dodges and other miscellaneous maneuvers. Placed against a wave of enemies, the combat scenes become too clustered and chaotic to allow for any effective strategy and devolve into single-button mashing. These segments become mercifully shorter as the game reaches its second half. 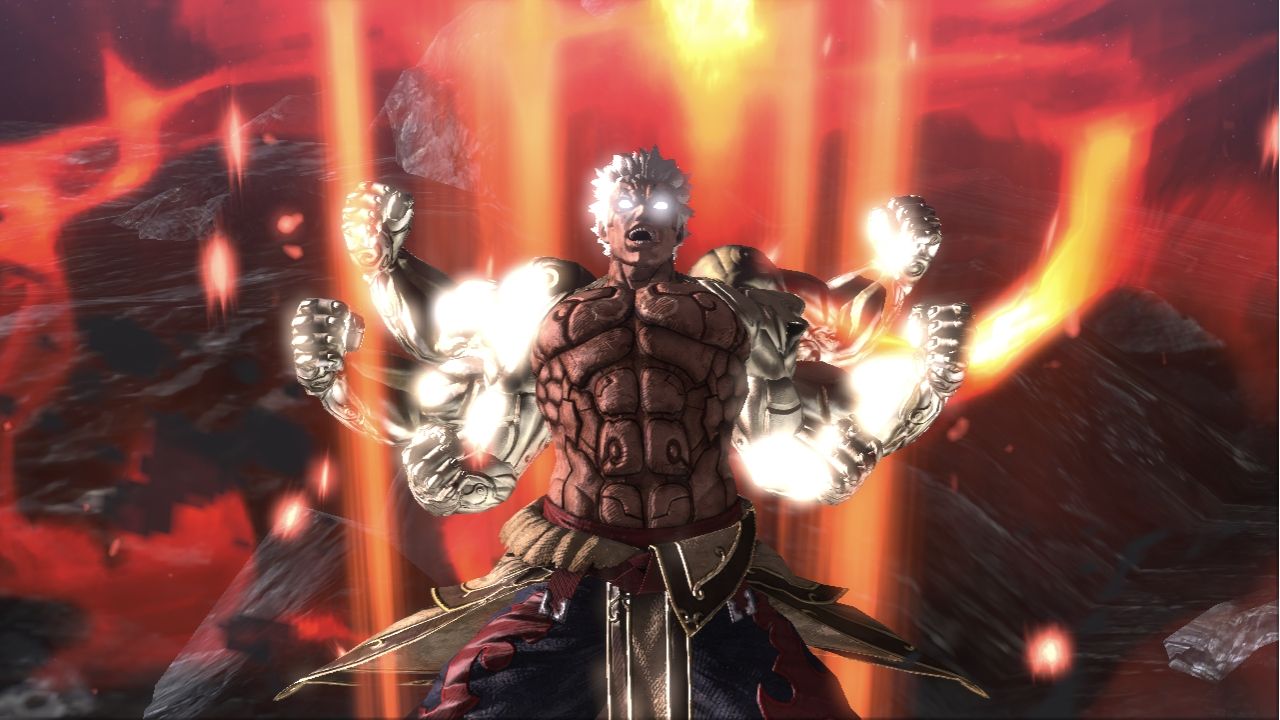 So with excellent presentation and decent gameplay, occasionally marred by over-simplicity, let’s get back to the burning question. How is the story? It seems to keep a steady quality level of above-average, occasionally dipping into slow, same-y non-drama and absolute seat-edging emotional tidal waves. Where it improves on video game stories, it seems to integrate every moment of its gameplay into an actual story-driven moment, instead of a road that connects set pieces. When compared to its anime counterparts, being a release with a clear beginning and end, it eliminates the almost paradoxically tight love affair between Japanese story telling and filler.
Prev123Next

Our Review of Asura's Wrath
84%
Great
The Verdict:
"A decidedly different foray into action game conventions with a pretension to cinematic gameplay and an extremely inventive style"
Game Ranking
Asura's Wrath is ranked #199 out of 1622 total reviewed games. It is ranked #23 out of 145 games reviewed in 2012.
198. Dance Central 3
Xbox 360
199. Asura's Wrath