Competent sci-fi FPS that borrows from the leaders of the genre. Single player misses but the co-op has some interesting qualities.

Syndicate is a futuristic first person shooter developed by Starbreeze, the team behind the Chronicles of Riddick games. Set in 2069, it plays like a typical sci-fi shooter with advanced weapons and useful player abilities. This is not a new franchise, as the original Syndicate was released back in 1993. It was an isometric tactical game where you controlled four agents on varied missions. Four agents return to take part in the co-op missions for this reboot. During the campaign you play as the voiceless Agent employed by Eurocorp, Miles Kilo. 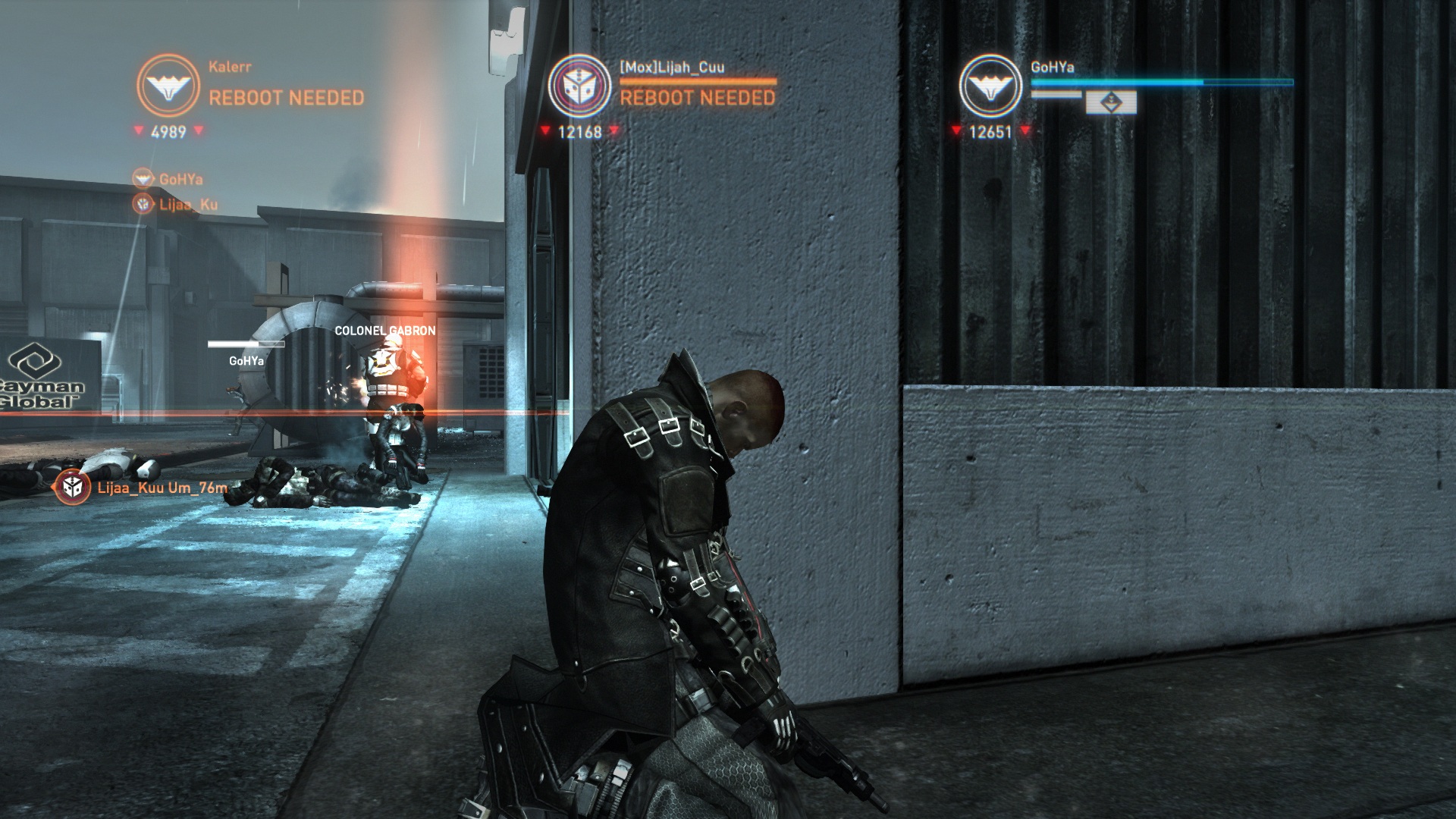 You have a prototype chip imbedded in your brain, yet to be fully tested. Jack Denham, the ruthless CEO of Eurocorp, insists that you be given a real field assignment. You must infiltrate another Syndicate, assassinate a scientist and retrieve a chip that could send Eurocorp’s stock on a downward spiral. Should you succeed, you’ll prove this fancy tech is more than capable of defending the company’s interests. Initially paired with the civilian murdering Agent, Merit, you spend most of the time alone. The cast of Syndicate is small, with Rosario Dawson and Brian Cox lending voice and likenesses to two main characters. The story centres on a special prototype chip, the DART 6.
The DART 6 chip gives you enhanced abilities, such as time slowing and making enemies explode. After turning on the DART overlay, the world around you slows to match your improved reflexes. The chip links with electronic devices, so you can hack doors and elevators from a distance. Three powers can be used once they are charged with adrenaline: Suicide, Backfire and Persuade. Suicide causes one enemy to explode, taking out nearby enemies. Backfire knocks down enemies who become susceptible to damage. Persuade turns one foe to fight alongside you for a brief time before killing themselves.
While the powers work well, it never really feels like you are doing more than holding a button every time a power recharges. No doubt there is some skill to use them: deploying suicide in groups, persuading early in fights and backfiring more than one enemy. It also gives you something to do as you reload one of your weapons. Since enemies need to be in line of sight first, it can make the combat feel a little clumsy. It’s probably good that more powers weren’t added, it would have just gotten in the way of the shooting. Of all chip’s features, the slow motion is the most successful.
Slow motion can feel nearly as good as the FEAR games. When you combine gore and similar weapons the action gets even closer to the aforementioned title. During slow motion you absorb and deal more damage. It’s also great for highlighting enemies through cover in the bland environments. You can use breach powers during slow motion, easily diffusing an incoming grenade mid flight. When not in slow motion the weapon and character movement can feel a little strange. 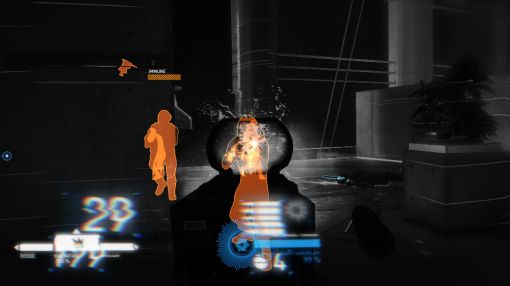 The game opts to keep your body visible at all times and creates first person animations for everything. Every second door and vent requires you to bash a button for a few seconds to get it open. There is even a vaulting mechanic that can produce some odd transitions. Kilo’s run animation is jarring at the best of times. The upside is that there is an effective first person cover mechanic, like that seen in Killlzone 2. The arm animations are rather jerky when moving about, so accuracy feels poor even with upgrades. Many enemies perform a duck manoeuvre that reduces the effectiveness of your arsenal.
The weapons are fairly standard for a sci-fi shooter. Resistance: Fall of Man gets a nod with Syndicate’s Gauss gun, behaving like the auto tracking Bullseye. You lock onto an enemy and projectiles will head towards that target. Limited ammo in the campaign means you won’t be using it much. A few standard assault rifles are included, becoming your core arsenal due to ammo distribution. You will barely use grenades and the pistols are rather unwieldy. There is one laser rifle that looks similar to the laser in FEAR, unfortunately it is quite useless. The arsenal is certainly suitable for the setting even if the locations are rather uninteresting.

Our Review of Syndicate
74%
Good
The Verdict:
"Competent sci-fi FPS that borrows from the leaders of the genre. Single player misses but the co-op has some interesting qualities."
Game Ranking
Syndicate is ranked #822 out of 1660 total reviewed games. It is ranked #84 out of 145 games reviewed in 2012.
821. EYE: Divine Cybermancy
PC
822. Syndicate

All videos for Syndicate (4)
Advertisement ▼