The Binding Of Isaac Review

If Sigmund Freud had ever designed a video game, that game would be The Binding Of Isaac. Within minutes of the encountering the first loading screen, the player is wallowing through a madhouse world of tears, pain, excrement, and a horribly evil ‘Mother’ figure. It’s the sort of unusual premise that a small-game developer can afford to experiment with, and although it may not be your particular cup of tea, it’s good to see this experimentation being done. The game has an eye-opening focus on the deepest and darkest parts of human psyche, and yet it treats these in a comedic Saturday-morning cartoon style. Motifs of birth, death, God, Satan, and even a little bit of sexuality are tossed around throughout the game, but all treated so lightly that you can’t help but chuckle as you play. 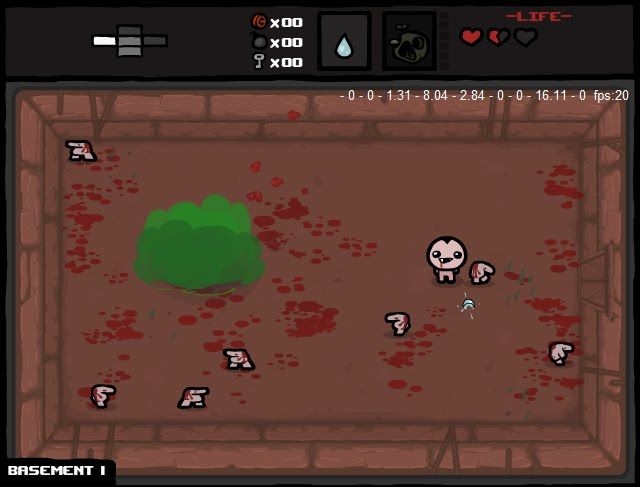 The Binding of Isaac’s premise is the first thing to grab the player’s attention, simply because it is so bizarre, even while being based on the Hebrew story. Through hand-drawn animations the player is told that Isaac is a toddler brought up by an oppressively religious mother, who becomes convinced that God is talking to her. She eventually determines that Isaac must be killed as a human sacrifice, forcing Isaac to escape into his home’s basement where the action takes place. Binding plays as a top-down action game, with Isaac exploring a series of interconnected dungeons on each level, battling enemies along the way. In the vein of other Rogue-like titles, each level layout is randomly generated: no two playthroughs of the game will play on the same maps. It’s an effective way to keep the game fresh and entertaining, especially since it relies fairly heavily on replay value. Isaac’s only weapon is his tears (yes, his tears), which he can ‘fire’ at his enemies like bullets and upgrade at various points. There is a variety of enemy types, including level bosses and ‘mini-bosses’, and the different dangers encourage the player to creatively use whatever upgrades they are likely to get. Weapons range from honing bullets and charge attacks, to extra health magnificent bat wings (my personal favorite). 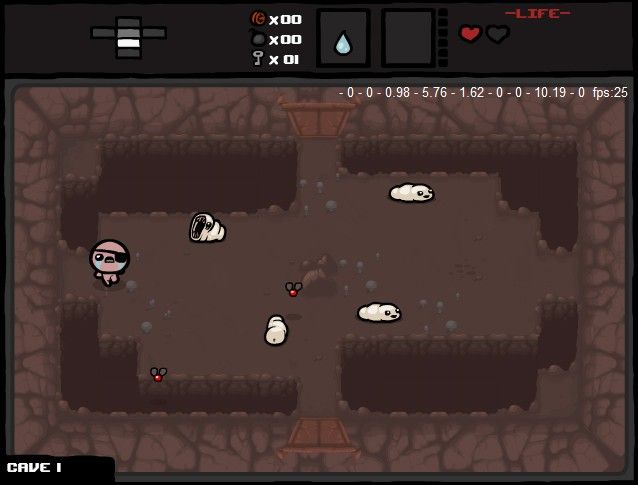 One aspect of gameplay that might turn off some players is the fact that, as part of the overly-simplified menus and visuals, special weapons and items are not explained or identified at all. This means that sometimes you’ll need to use them in combat and simply pray that they do something to help; it will take several attempts at a playthrough before you know what to expect from your collection of goodies. Even then, there are some items that always have random effects. This potshot item testing works in context, as it feels like a development of themes through gameplay, but it’s a potential hang-up nonetheless.
12Next

Our Review of Binding of Isaac
83%
Great
The Verdict:
"A solid rogue-like foundation and a laughably irreverent aesthetic guarantee a good time with this quirky Indie title"
Game Ranking
Binding of Isaac is ranked #280 out of 1718 total reviewed games. It is ranked #42 out of 105 games reviewed in 2011.
279. Payday: The Heist
PC
280. Binding of Isaac

281. The Last of Us
PlayStation 3
Related Games 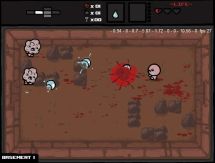