Super Meat Boy is a platform game developed by Team Meat and is the successor to Edmund McMillen's and Jonathan McEntee's flash game, Meat Boy, originally released on the Newgrounds website in October 2008. The game follows Meat Boy as he attempts to rescue his girlfriend Bandage Girl from the villainous Doctor Fetus.

4. Ori and the Blind Forest 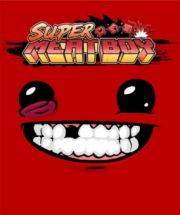 Our Review of Super Meat Boy
84%
Great
The Verdict:
"Excellent level design and music allow Super Meat Boy to be an incredibly enjoyable platformer, despite its borderline masochistic difficulty"
Game Ranking
Super Meat Boy is ranked #232 out of 1554 total reviewed games. It is ranked #35 out of 118 games reviewed in 2010.
231. Enslaved: Odyssey to the West
Xbox 360
232. Super Meat Boy