Though it has a fair share of issues, those who play Dead Island to its strengths will get a lot of mileage for the price

Dead Island is an open world survival role-playing game developed by Techland and published by Deep Silver. This title had a huge impact thanks to its reveal trailer that won numerous awards. This set the bar almost nigh unobtainable before the game was even released. Dead Island was released for the Xbox 360, PS3, and PC platforms with a variety of bugs that even resulted in crashes and corrupted save files. Even though this game did not live up to the hype created by its infamous trailer, but it is a solid experience for zombie and role playing game fanatics alike. 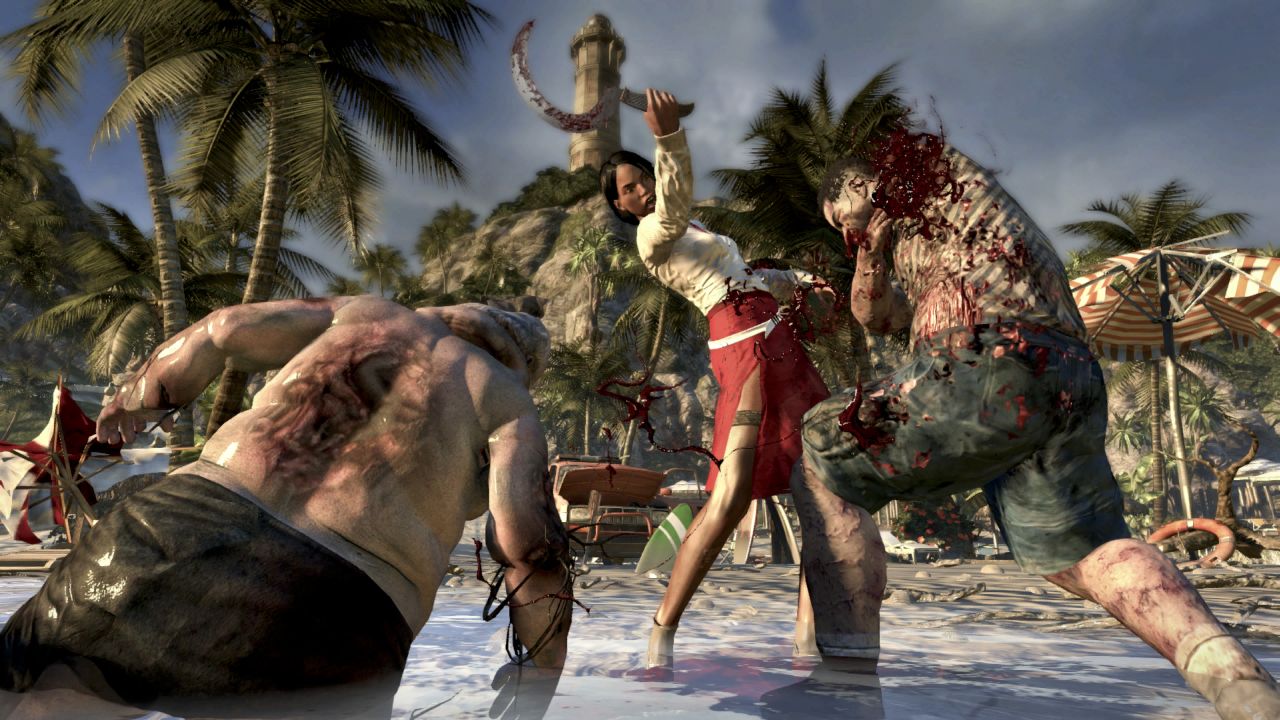 The premise of Dead Island tells the tired story of a group of individuals who must fight for survival against an onslaught of zombies as they search for a way to escape their island prison. This story is a staple for zombie games and do not expect this game to diverge from those roots. You get to play as one of four characters with a small back story and individual characteristics. The character I chose to play was a disgraced football player, who is skilled at throwing objects (go figure). This is a nice little bit of exposition that adds a feeling of narrative to the experience, but it does taper off as events go on. The story is advanced through quests and cut scenes primarily; though you can find scattered magazines and tapes that help outline events leading up to the initial campaign. The cut scenes are very disjointed and did not seem to add much to the story except a campiness factor that some may enjoy. Dead Island’s story is not going to be a gripping emotional suspense tale that many were led to believe with its reveal, but it does get the job done if you do not focus on the details too much.

Like most survival action games, the heart of Dead Island is in its gameplay. This game takes roleplaying elements and combines them with first person shooting and item collection creating an experience reminiscent of a watered down Borderlands. Dead Island has you in a first person view bashing, shooting, and stomping heads as you collect items with differing rarities and properties. The game has two primary types of weapons: melee and guns. Even though there are guns, you will find yourself relying on melee weapons more often than not. There is a wide variety of items - from pipes to wrenches and even hat stands - as you progress through the campaign. Each item (bar guns) are able to be thrown with varying effectiveness. As an example a hat stand is not going to impede the progress of a giant zombie thug, while a machete to the head might. Blunt items are obviously better for bashing heads in, but cutting weapons can be used to cut off arms giving you an advantage in tough situations. The gameplay is very clunky unfortunately. Your movements are very stiff and you can find yourself getting stuck on terrain or have delayed movements causing unnecessary deaths. The throwing mechanic was also a particular nuisance to me. Countless deaths were had because I was trying to throw a weapon, but my character instead thrashed about. There is also a weapon upgrade and customization interface that adds even more strategy. There is some good gameplay, but it is marred with lackluster controls.

Dead Island has an experience and quest system similar to those used in Bethesda games. The quests reward you experience and a chance at receiving rare items. These quests tend to follow the stale formula of kill said monster or fetch said item, but there are a few unique ones that stand out. Just like Oblivion, you level up together with the enemies, so players will never overpower foes in an area. For this game this is actually a good design choice. Zombies are always a threat and you can never overpower them and because of all the backtracking you will be doing, you will always be on your toes never letting your guard down. 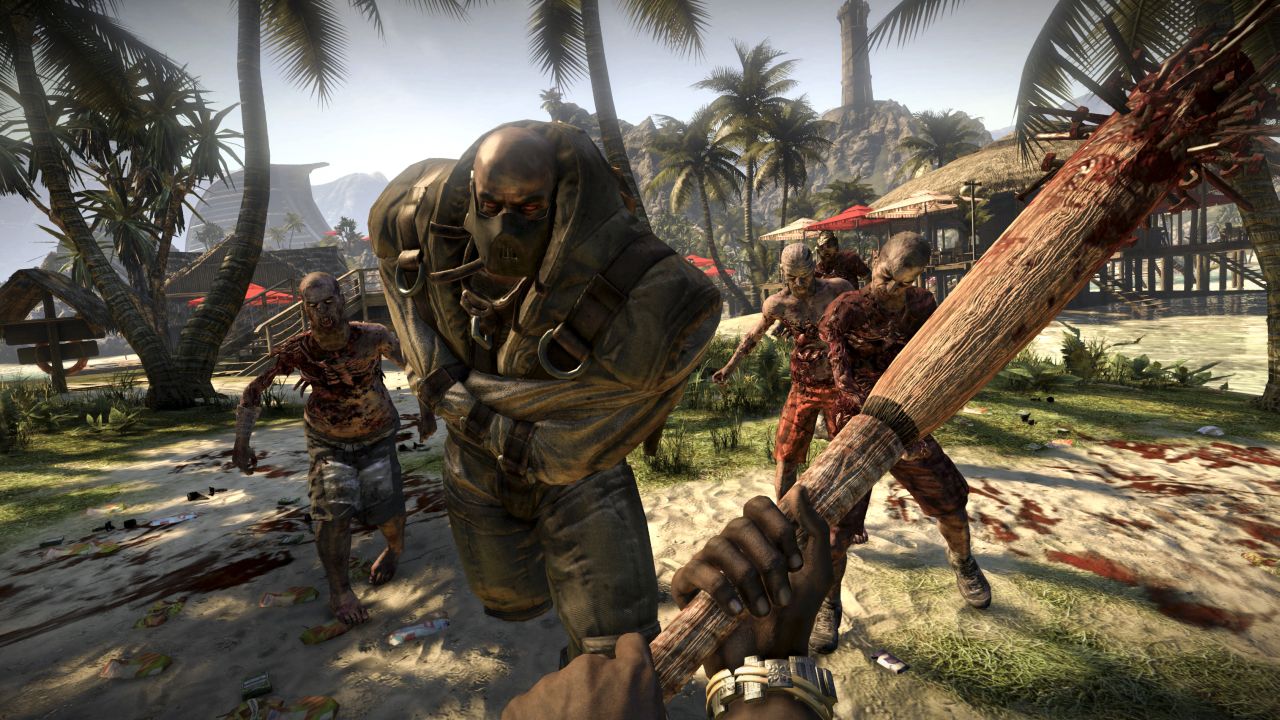 Each individual character as they level up gets a skill point they get to allocate in one of three trees that are unique to each character, but share similar themes along the whole cast. You have survival, combat, and your character’s specialty. There are many ways to build your character so replay value in that vein is high. You can be a melee swinging lumberjack, or a precision knife thrower and each has its ups and downs. This leads to the difficulty. As the game progresses zombies hit harder and harder and one wrong move will cause your death. So you can’t haphazardly run into a situation guns blazing thinking you will come out the victor. This game is a survival game with scarce ammo and health so you need to plan accordingly. Dead Island had interesting ideas combining a zombie survival game with quests and item collection; they just could be slightly more fleshed out.

There is a co-op element present in the game as well. Anytime during the campaign you can connect to the internet and look for other players who are at the same point in the story as you. This lets you jump in and out with friends or strangers to augment your experience. With a few players the game is a lot more manageable. There is also some element of strategy as you must allocate health and ammo between all your comrades. There were some hang-ups as the server kicked me out of a game once or twice even though my internet connection was strong. Overall the co-op adds to the experience and, if you have a friend, might let you overcome some of the frustrations of single player.

Dead Island’s presentation has many short comings, which are to be expected from a game this size. The island is massive and has a lot of differing areas, because of this load times between areas are long and drawn out, but luckily enough they are so far and in between that they never become a nuisance rather than just a break. The game does have some fps issues when fighting a big swarm of mobs and textures pop in and out as you run by terrain. There are also numerous glitches. I encountered only a few one being all the dead zombies I had killed stood up and just floated in the air. The second one I encountered was a little more debilitating as I had spawned at the back of a bunker and was forced to run backwards through the whole level spawning enemies just to move forward in the plot. Overall the graphics do look great when it comes to the scenery and are gorgeous to look at. 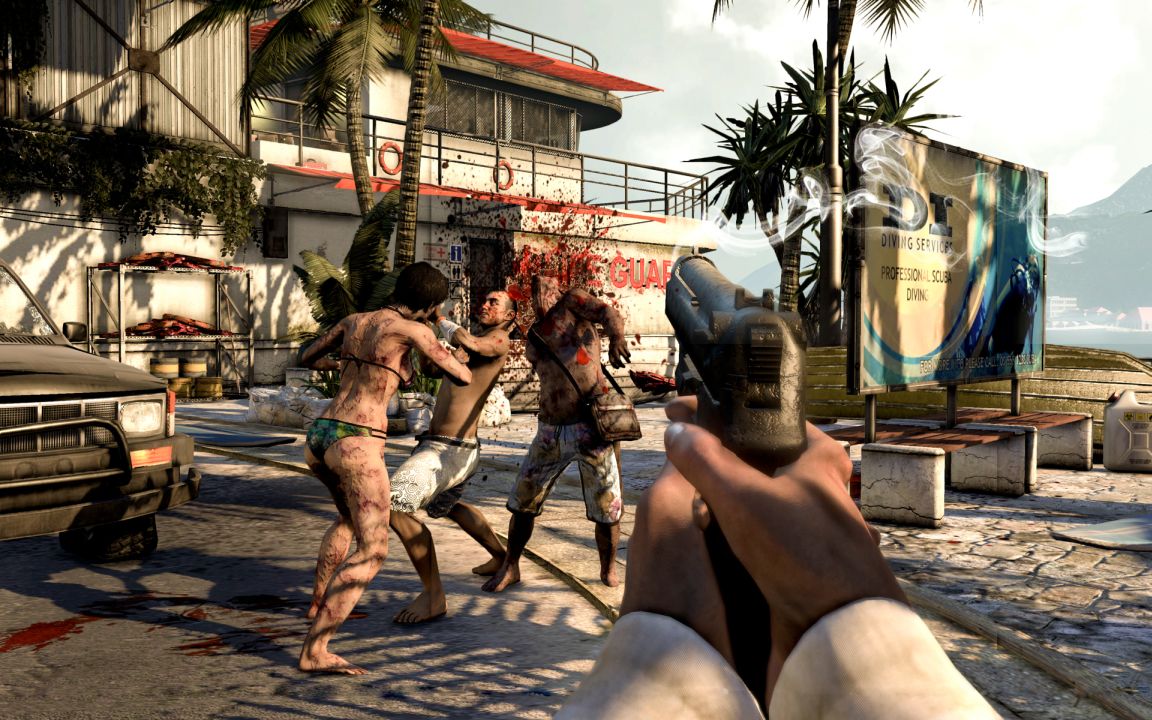 Character models and voice acting are very hit or miss. Male models look decent enough, but the female models basically looked like the same three faces over and over. The voice acting is also pretty cheesy. The cut scenes have ridiculous dialogue that is only accentuated by the mediocre voice-overs. If you focus on Dead Island’s strengths it is a good looking game with a great open world island vibe, just don’t look too close.

Dead Island is a solid open world zombie attraction. There is much to do from crafting weapons, customizing your characters talents and skills, doing quests, and just exploring. The graphics look good enough and get the job done, but do suffer from bad character models and mediocre voice acting. If you expected to come into this game after watching its debut trailer hoping for a heart wrenching emotional tale of turmoil, look elsewhere. Play Dead Island to its strengths an open world survival zombie action game and you will get a lot of mileage for your buck.

Our ratings for Dead Island on Xbox 360 out of 100 (Ratings FAQ)
Presentation
78
The graphics look beautiful as far as scenery goes. Character models are rough and could use more variety. Voice acting is very mediocre and the cut scenes break up the pacing.
Gameplay
82
The gameplay is solid and challenging. There is a lot to do in quests, weapon crafting, and exploring. Skill trees give a depth of strategy to developing your character and create replay value. Unfortunately the controls can be very clunky, marring the experience.
Single Player
80
Dead Island is very challenging in single player; pitting you against waves of zombies and humans. The experience is made for four people, but playing it alone does not detract from the overall package.
Multiplayer
80
The game allows multiple people to play through the campaign at once. You are matched to other individuals based on your completion of the story. This allows for good teamwork and takes some of the frustration out of single player. There is also some strategy involved as you have to decide who gets the health and ammo.
Performance
75
Dead Island suffers from a few performance issues. Textures pop in and out and load times can be long. There are also some fps issues as well as numerous glitches that can break your game.
Overall
79
Dead Island is a solid survival experience. Killing zombies is satisfying and there is a lot of meat to this game. If you play Dead Island to its strengths, it is a solid game and one that zombie fans shouldn't miss.

Our Review of Dead Island
79%
Good
The Verdict:
"Though it has a fair share of issues, those who play Dead Island to its strengths will get a lot of mileage for the price"
Game Ranking
Dead Island is ranked #531 out of 1838 total reviewed games. It is ranked #58 out of 105 games reviewed in 2011.
530. Resistance 3
PlayStation 3
531. Dead Island

All videos for Dead Island (4)
Advertisement ▼