Profile
Deep Silver is Koch Media's video game label. Founded in 2002, it has already published and co-published some major titles. The British headquarter is based in Basingstoke, UK. Deep Silver has released around sixty games since 2003.
In 2007, Deep Silver Vienna was started by the founders of the Rockstar Vienna team, Hannes Seifert and Niki Laber, and concentrates primarily on developing and producing full-price titles for consoles. 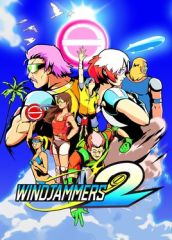 Gibbon: Beyond the Trees
7 images added 4 days ago