BlazBlue: Calamity Trigger is a fighting game developed by Arc System Works. The game's name is a portmanteau of "blaze" and "blue," with the "z" sound omitted in the Japanese pronunciation, rendering it similar to the word "brave" in pronunciation.
BlazBlue is a traditional 2D fighter where two characters participate in a duel. A round is called a "rebel" and one match can consist of one to five "rebels". To win a round, one player must either incapacitate the other by inflicting damage through various attacks to reduce their opponent's health to zero or by having more remaining health than their opponent after the clock runs out.

2. The King of Fighters XV 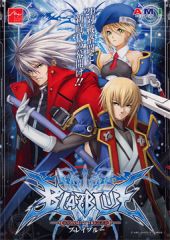