Betting against the house

While video games are a relatively new medium, having begun in around 1970s, people have been playing other types of games for a while. Cards have been around for centuries, with French-suited playing cards being perhaps the most prominent over the course of history and until modern day. And as they have been around for so long, there is no shortage of tips, tricks, and indeed cheating maneuvers. Depending on the context, these moves are either illegal and frowned upon, such as in competitive games, or are celebrated, if used for magic tricks. Card Shark, a new 2D title from developer Nerial who previously created another card-based series called Reigns, takes players deep into the world of card manipulation. 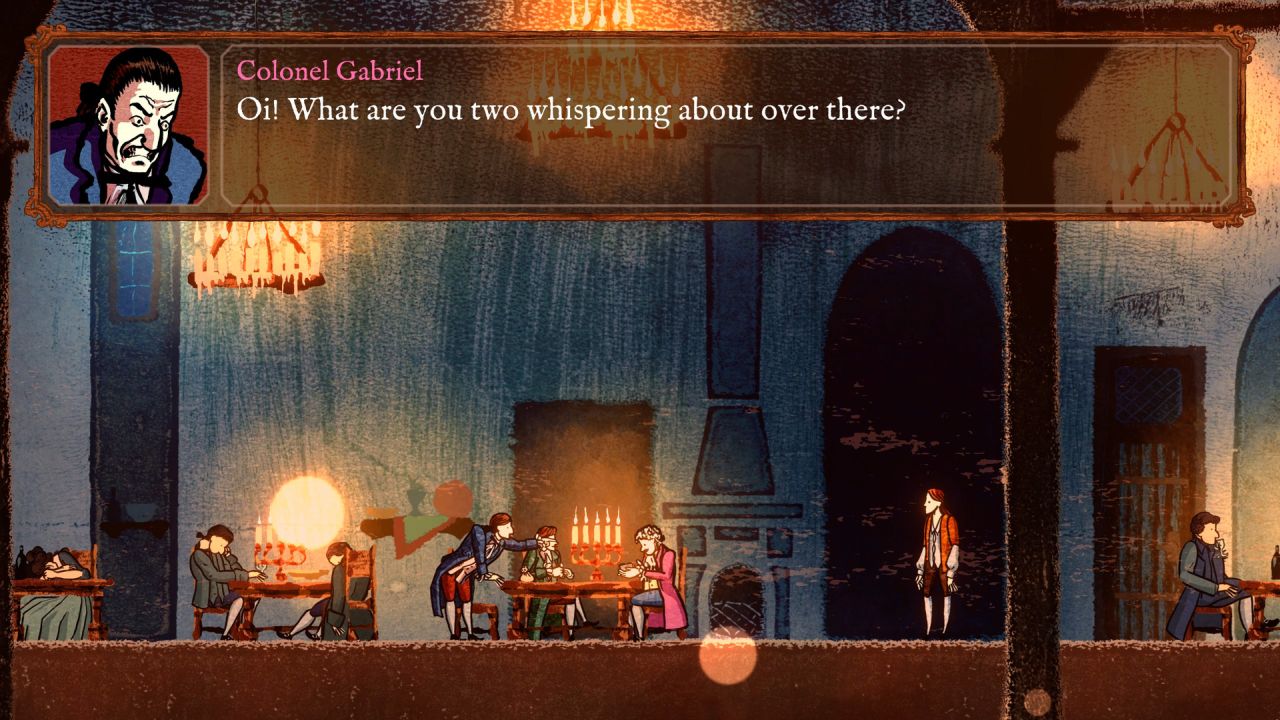 The game takes place in 18th century France, as players assume the role of a mute young man who is working as a servant in a tavern. However, his life is changed when one night a disagreement arises and a gun is involved, which accidentally shoots the owner of the tavern. One of the tavern guests, Comte de Saint-Germain, quickly suggests that you follow him, lest you want to be accused of the murder. With no other options you follow Comte and he sort of takes you under his wing. Turns out, he is a professional card swindler, a cheater and manipulator that is traveling across France in search of a mystery about King Louis XV. He begins to teach you his card tricks and moves, so that you may best your opponents wherever you go. At this time period, there was little else to do it seems but drink wine and play cards, so his instructions are pivotal to your future. You meet up with a small group of friends that Comte is also involved with, that can help you stash your earnings by donating to their camp.

The main narrative is initially quite interesting, though later on becomes a bit predictable. Instead, the game maintains its charm by offering a fairly vibrant and painterly art style, with good stylistic animations. Most of the scenes are static backgrounds, but they are well drawn and capture the time period well. The text-only dialogue gives characters a surprising amount of personality, and there are a few good bits of humor mixed in. The soundtrack is also well composed and appropriate for the setting, and while there are a few tracks, in many cases the same song loops during your card playing moments, which may get repetitive.

The campaign follows a mostly linear structure. There is an overview map that lets you select your next destination, as you and Comte travel across the country. In each location, there will be a reason to quickly sit down for a card game with the local characters, usually to progress the story and move on. On the way to each card table, you will be given instructions by Comte on how to perform a certain card trick, and can keep practicing it before trying it for real at the destination. You'll meet a variety of characters across the journey, and cheat most of them out of their money through a wide variety of maneuvers. 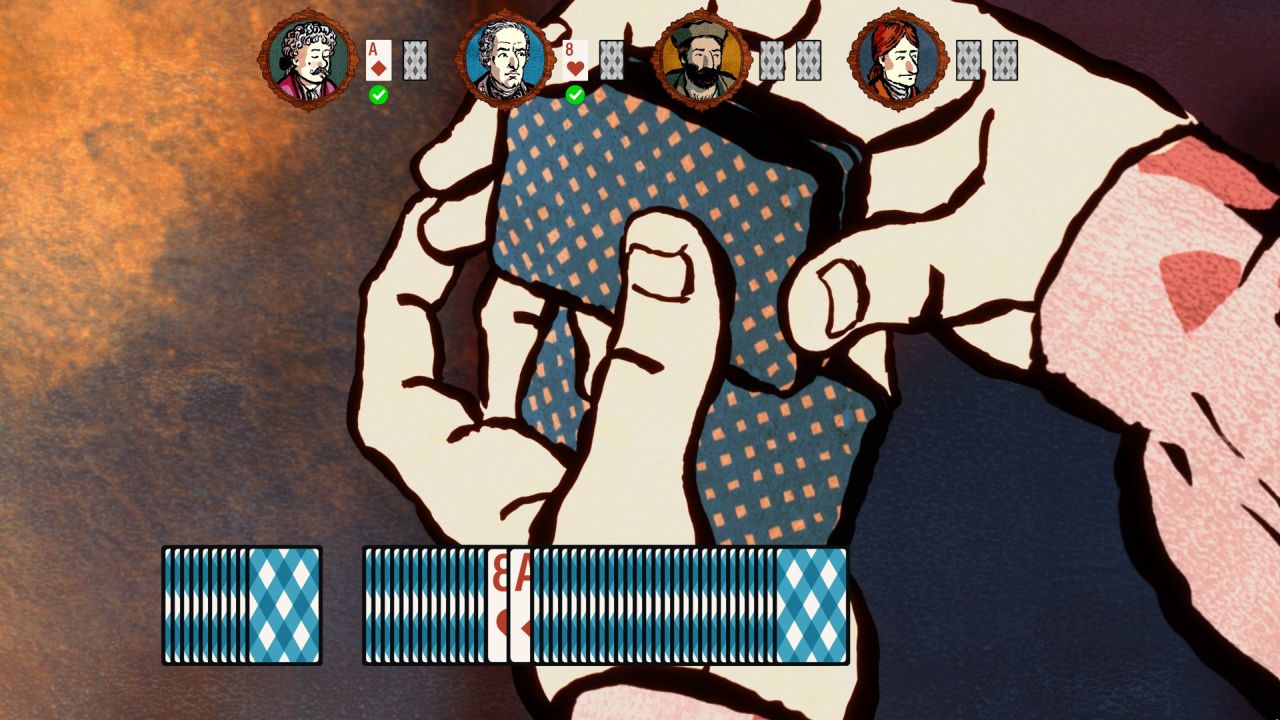 Card Shark offers a quite ingenious and yet unique and exciting gameplay setup. While you do not need to know any real card games – after all, you are here to cheat and win, not to play – it is strongly recommended that you be familiar with what a deck of cards consists of. The numbered and face cards, the suits, what shuffling is, and so on. This will help get acquainted with the tricks faster, and be amazed at both their indignity and mechanical details.

All of the tricks and cheats demonstrated seem quite real, using a variety of approaches. For some tricks, you are acting as the assistant – you could be pouring wine, and taking a peak at the cards of the opponents, before wiping the table in a certain way as to give Comte the signal. You could be pouring wine for Comte, as he carefully swaps decks in your pocket. When given a chance to leave the game, you will have to arrange cards in certain order in the back room, and so on. Later on, as you join the table, you will have to learn a variety of techniques, from shuffling to bending and marking cards, sleight of hand moves, and more. There are over 25 mechanics you will learn over the course of the 4 to 6 hour story, each getting more complex and interesting, and possibly involving new moves, like even pretending to be a woman so you can use your powder mirror to again peak at opponent cards. The tricks of Card Shark are so intriguing and interesting to learn about and execute, and make for a really unique video game experience.

While the mechanics and the originality of this title are highly engaging for a while, things can become quite challenging and perhaps repetitive. The feeling of repetition grows because all you are really ever doing is performing mouse swipes, clicks, and drags for the entire game. There are also a number of quick-time events to do with the mouse by clicking with certain timing. You manipulate the cards – be it shuffling, dealing, or more – by moving the mouse around in specific patterns, which you will have to start to memorize as the moves become longer and more complex with each new opponent. Some tricks are incredibly easy, while others require you to memorize how to signal each suit and face card, then do a specific shuffle, and then re-arrange cards in a specific way. You will quite probably need to keep a pen and paper handy for certain tricks, for example one where you must memorize which five cards you removed from a duplicate deck, and then find them again at the next opportunity and remove them as not to alert your opponents. 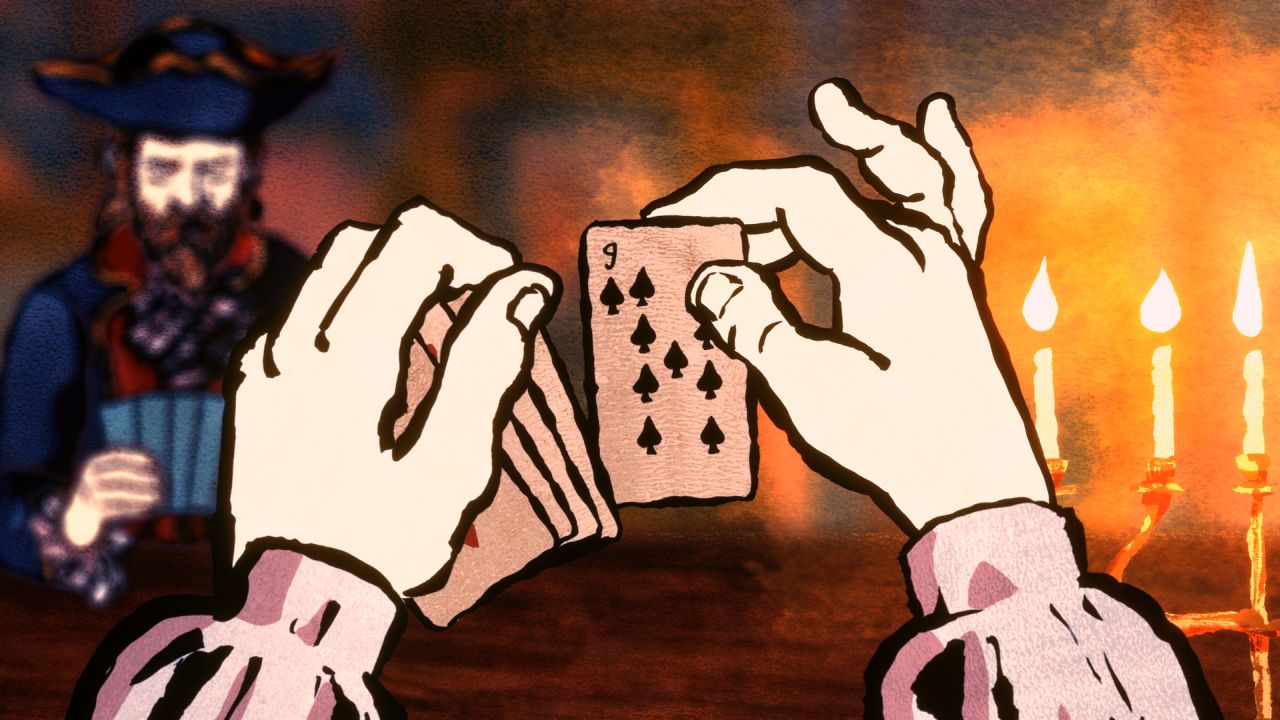 The trick complexity itself isn't an issue though, it's the fact that you are always on a timer. Whenever you are trying to execute a move, the suspicion meter of your opponents rises. Each card game lasts three rounds, and you can only reduce suspicion by losing. So you have to be not only quick witted, but also quick on your feet, which can be highly stressful as the suspicion meter rises very quickly even on the lowest of three difficulties. If it gets to the max, the game is over and you have to leave or worse, you are killed and/or jailed. The tables are also rather unforgiving – you cannot make a single mistake in a multi-stage trick, or it's counted as a loss of a round. It would have been nice to have a little more flexibility. Further, there are certain story sections that play out as more of a trial and error, as you pick dialogue options / actions that lead to a favorable outcome, and they are often not obvious, which again results in a negative outcome. Last but not least, while the game's art style is nice to look at, it actually is counteractive to the required clarity of the cards. It takes a moment to recognize what suit you are looking at due to the art, which is fairly critical when you are always under time pressure.

So, there will be a few occasions where you are killed or put in jail. However, unless you are playing on the hardest setting, this is not the end. In jail, you have to pay a hefty fine and your comrades will rescue you. In death, you get to play Death itself at cards, and if you beat it you can return to the last saved checkpoint – or you can also pay a fine, which sometimes means literally all of your coin. So, depending on the next trick at hand (pun intended), you could get a bit stuck and the game loses a lot of its pace.

But it's not all bad. Losing all your money can be frustrating, however the game seems geared towards this, as you only need a meager gold amount to challenge the next opponent in the story. You will get a little money to get re-started from your friends at the camp, and can get back to your winning ways and re-accumulate your earnings. There are three difficulty settings, which can be changed at any time, and you can enable hints that can help you avoid some of the required memorization. There is also a table that you can return to at any time to make some money back, and it lets you select one of three random tricks, so you may get lucky and get an easy trick choice to quickly get your money back. Lastly, if you are stuck on a specific spot with a story event and keep dying, or keep losing at the table on a specific trick, the game simply lets you skip it. Still, rather than having these options, it would have been better to just have the game be a little more forgiving when executing the QTE's and cheating your opponents – especially when playing drunkards in 18th century. 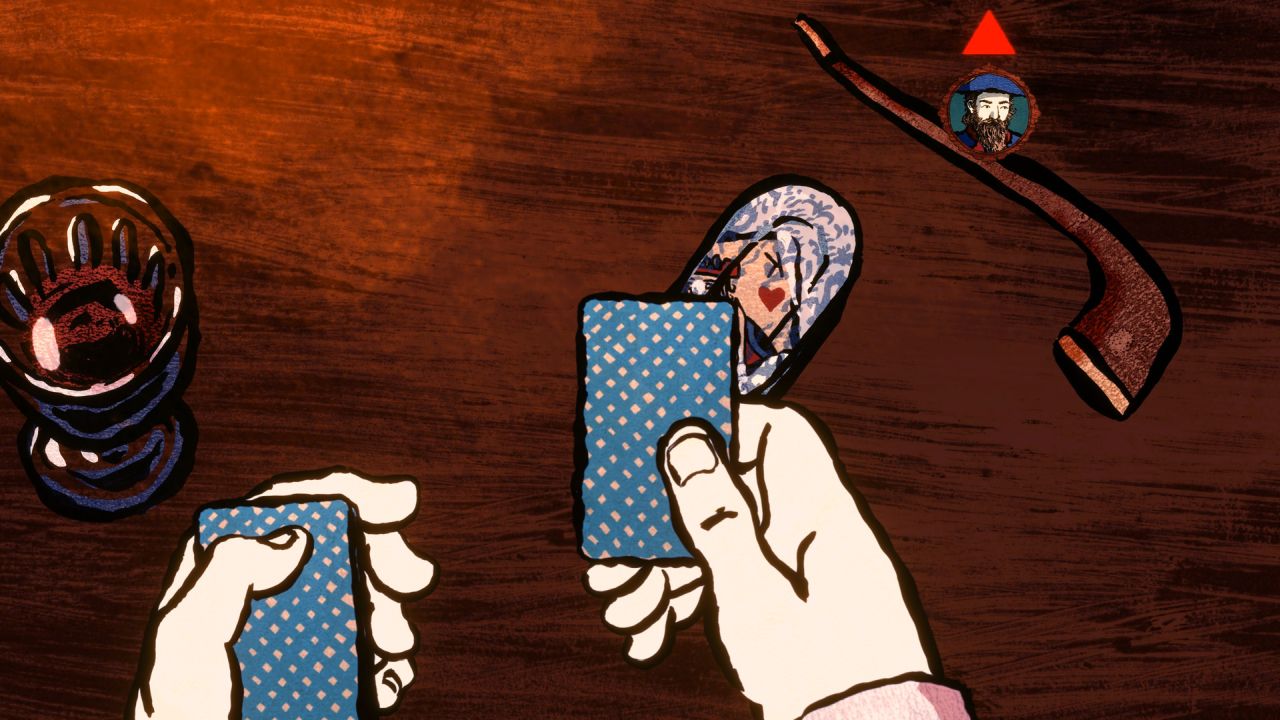 Card Shark offers a highly unique and engaging gameplay experience. If you have any interest or familiarity at all with card tricks – or indeed magic tricks – this is an incredibly enticing experience. Getting to learn a variety of cheating moves to manipulate the outcome is exciting, and the details that go into each trick are interesting. The characters are charming and the bits of humor are well written, despite some of the story sections being predictable and a bit trial-and-error with their outcomes. The game can also be a little uneven in its difficulty – constantly being under the rising suspicion of your opponents leads to mistakes, and while they do not have overwhelming consequences with the option to skip a scenario, it negatively affects the pace of the game. The art style, while wonderful to look at, also messes a bit with the clarity of the card suits. Still, if you're wanting a truly unique experience – perhaps if not in gameplay, which is mostly mouse swipes and QTEs, but in the design and concept – then Card Shark is certainly worth a look.

Our ratings for Card Shark on PC out of 100 (Ratings FAQ)
Presentation
70
A charming art style and period-appropriate musical score keep the atmosphere intact. But the former also slightly hinders your ability to quickly identify card suits.
Gameplay
80
A highly original experience that lets you cheat at card games through a variety of moves.
Single Player
68
The pacing of the story suffers a bit if you get stuck on a complicated trick and have to keep re-trying. Some of the scripted narrative moments can be trial and error. Always fighting against the rising suspicion prevents you from enjoying the execution of some of the moves.
Multiplayer
NR
None
Performance
(Show PC Specs)
CPU: AMD Ryzen 5 3600
GPU: ASUS Radeon RX 580 8GB
RAM: 16GB DDR4
OS: Windows 10 Pro 64-bit 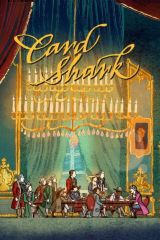