Flying without a purpose

When a game describes itself as a "relaxing experience", it's an easy sign to temper your expectations. Don't expect explosive action, deep gameplay mechanics, or indeed much of anything beyond the surface level. That's not to say such titles can't still be fun and pleasant to interact with, especially for the right price. Aery - Calm Mind is the latest in an apparent series of minimalistic flight games, where you control a bird in an abstract space. But while the previous games were seemingly already rather barebones, Calm Mind really strips the experience down to the core – and it's not very good. 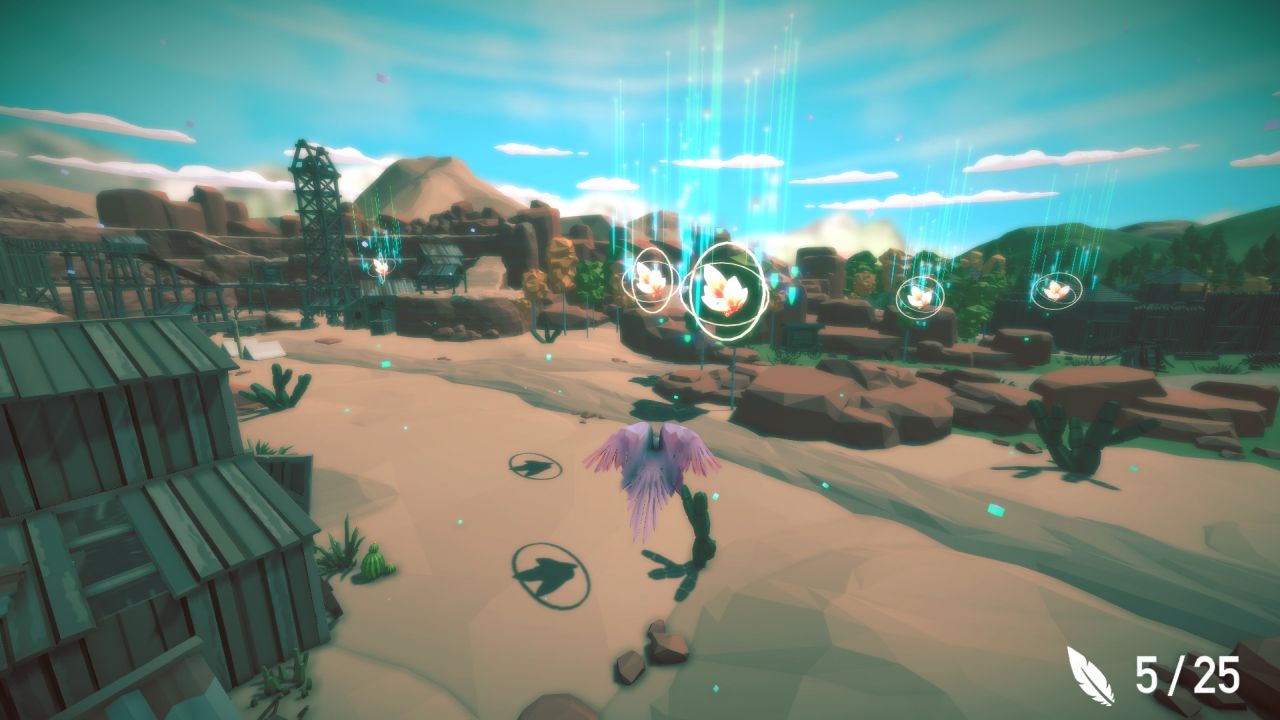 The game opens with a note from developers about how this title is meant to be for relaxing after a hard day, and contains no danger or enemies. In fact this message is redundantly displayed each time you return to the main menu, even after beating a level. Like the other games in the series, you control some sort of large mystical bird, and across about 8 levels, you simply float around and collect feathers. There's no context or story given here, just a series of settings – you can play them in any order, with no sense of progression.

The levels are comprised of some decently well put together scenes, from medieval castles on a coast to the floating islands above the clouds, to even more outlandish settings in the later secret levels. The land masses often lack detail, but those that feature structures such as the castles or buildings are actually pretty well realized. Sadly, none of it is interactive in any way, and it features no animation or signs of life. This is all accompanied but some nice smooth techno music, that at least fits the game's theme of relaxation. 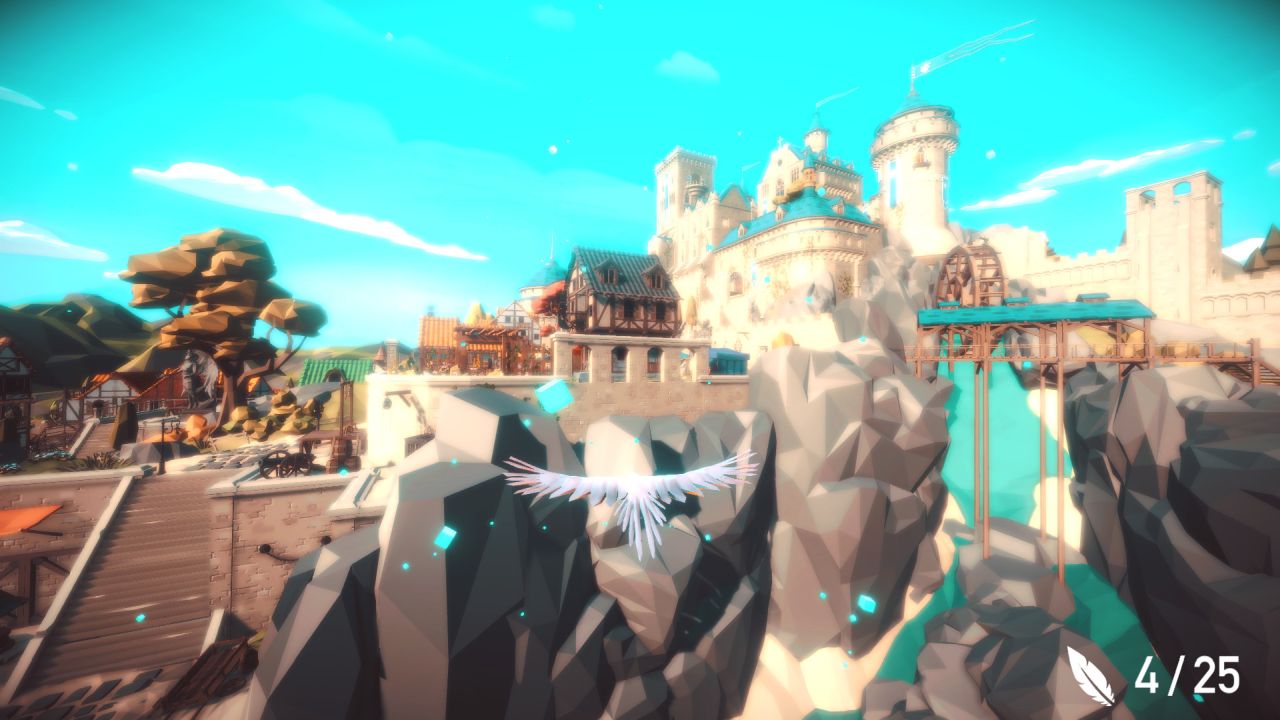 Each level has you assume control of the bird and pilot it around. The large bird will always be flying forward, at a set speed, and you can only steer it up/down and left/right. Such simple controls mean you can play easily with the keyboard. While the mouse is supported in menus, that's where its usefulness ends. The third person camera is fixed behind the bird, leaving you unable to even just look to the sides and enjoy the scenery a bit more. Flying feels just OK – uninvolving, but with some slight satisfaction to be had from swooping around the scenery.

Your goal within the levels is to collect 25 feathers. Doing so just marks the level complete, and gives you the option to do it all over again, this time needing to collect even more feathers on the same level. Doing that unlocks a bonus level. The feathers are just glowing white orbs scattered around – rather crudely, often in clusters together. This leaves the rest of the level empty, and your only reason for visiting would be just to see the sights.

If that's all there was to Calm Mind, the end result would have been a rather boring, but passable experience. But the game has a few issues that drag it down into the more unpleasant territory. For instance, while the game is meant to be a relaxing, zoned-out experience, you still cannot touch any surfaces or the ground. Doing so resets you back at the starting point of the level, which seems arbitrary – it should have just let the bird bounce off and carry on. Each level starts with a few moments of the bird hanging in the air, flapping its wings, the camera facing away – is it a bug, or is it waiting for the level to load? A strange design choice? 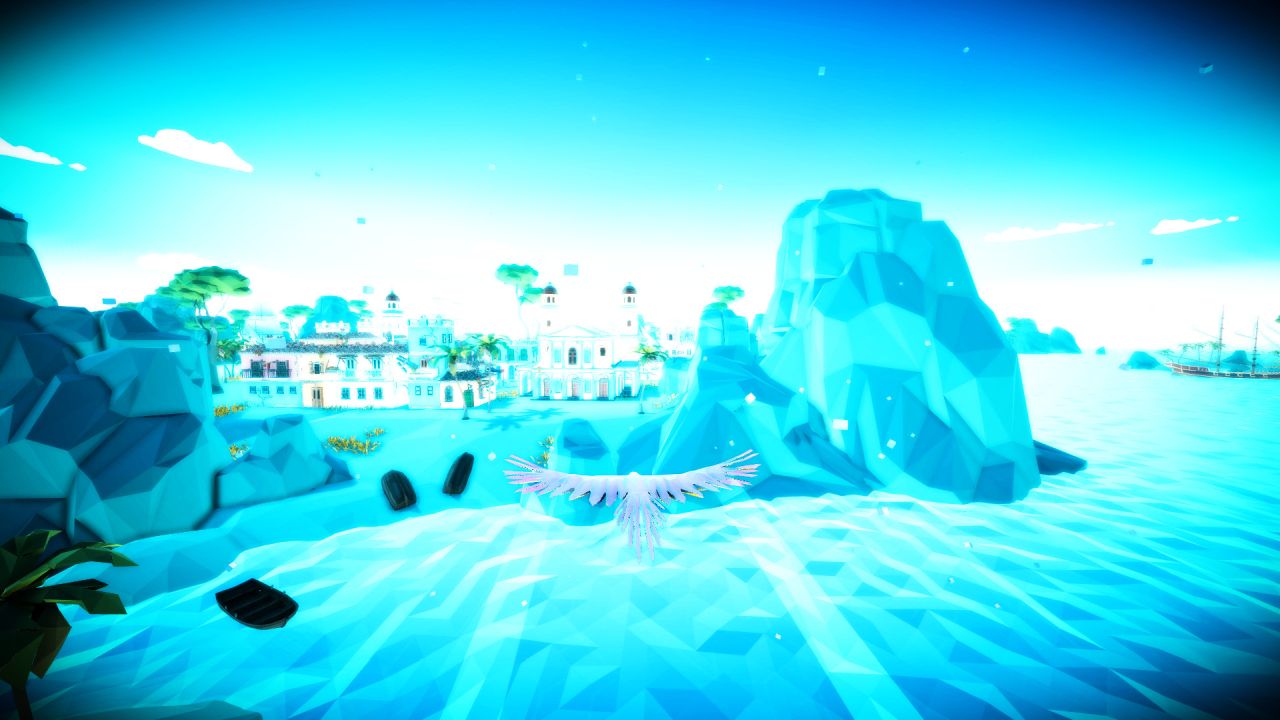 Considering that each level takes maybe 10-15 minutes to complete, you may get an hour or so at most out of the experience, even if you take your time flying around before collecting the feathers. The game is only $7 USD / $10 CAD, but that still seems like too much for what is essentially a showcase for a few static levels. Last, but certainly not least, is the issue with the game's contrast. For some reason, the game's colors are absolutely broken to the point that the whites dominate the screen, obscuring everything else. Not only does it look bad, but it becomes a significant gameplay hindrance as you cannot see where you're going, and worse yet, you absolutely cannot see the feathers you're supposed to collect. Some levels far exceed their welcome as you try to scour the overwhelmingly bright skyline for the white feathers.

Aery - Calm Mind is a largely pointless experience. It has some decent level scenery, the controls are serviceable, and the music is decent, but the rest of the game falls entirely flat. There's no point to any of it, and some of the game can't even reach its very own low quality bar – resetting you upon touching a surface, the awful and gameplay affecting white contrast, and asking a high price given the absolute lack of content and worthwhile interactivity. It's not an awful experience, but it offers so little – good and bad – that it's simply not worth the time it takes to download and try it.

Our ratings for Aery - Calm Mind on PC out of 100 (Ratings FAQ)
Presentation
60
Some of the levels and structures have a nice look to them, but it feels wasted on a game like this. The soundtrack is decent.
Gameplay
30
Random annoyances - like all feathers just clustered instead of spread out across the level, and making you respawn if you touch something - detract from the already pointless gameplay.
Single Player
40
A few imaginative levels, but the terrible contrast prohibits full enjoyment, in both visuals and as a gameplay annoyance.
Multiplayer
NR
None
Performance
(Show PC Specs)
CPU: AMD Ryzen 5 3600
GPU: ASUS Radeon RX 580 8GB
RAM: 16GB DDR4
OS: Windows 10 Pro 64-bit

90
No issues, not a demanding game.
Overall
40
Aery - Calm Mind sets the bar very low for itself to begin with, and yet still manages to deliver some annoyances. This casual flight game is little more than a tech demo, and while some may argue if it's worth the price, it turns out to be not worth the time. 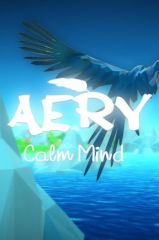