Elemental: War of Magic is a turn-based strategy game set in a world of magic, warfare and intrigue. In it, players take on the role of a powerful sorcerer known as a “Sovereign”.
Players found new cities, research new technologies, study spells, build a family dynasty, engage in diplomacy, fight wars, go on quests and much more as they strive to overcome all enemies and dominate the world.

5. The Dark Pictures - House of Ashes 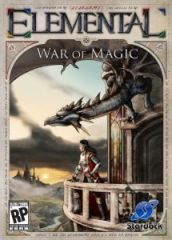