A recent classic gets even better

What more can even be said about Tetris at this point? It is one of the most iconic titles ever released for the medium, and its simple, but addicting formula has easily withstood the test of time. There is a reason why some variation of the classic gameplay has made an appearance on just about every console ever produced. Tetris Effect: Connected marks the debut of the iconic puzzler on the latest generation of systems, and it was a logical choice. The original Effect was highly regarded, so why not unleash a beefier version of it alongside the arrival of the Xbox Series platform? 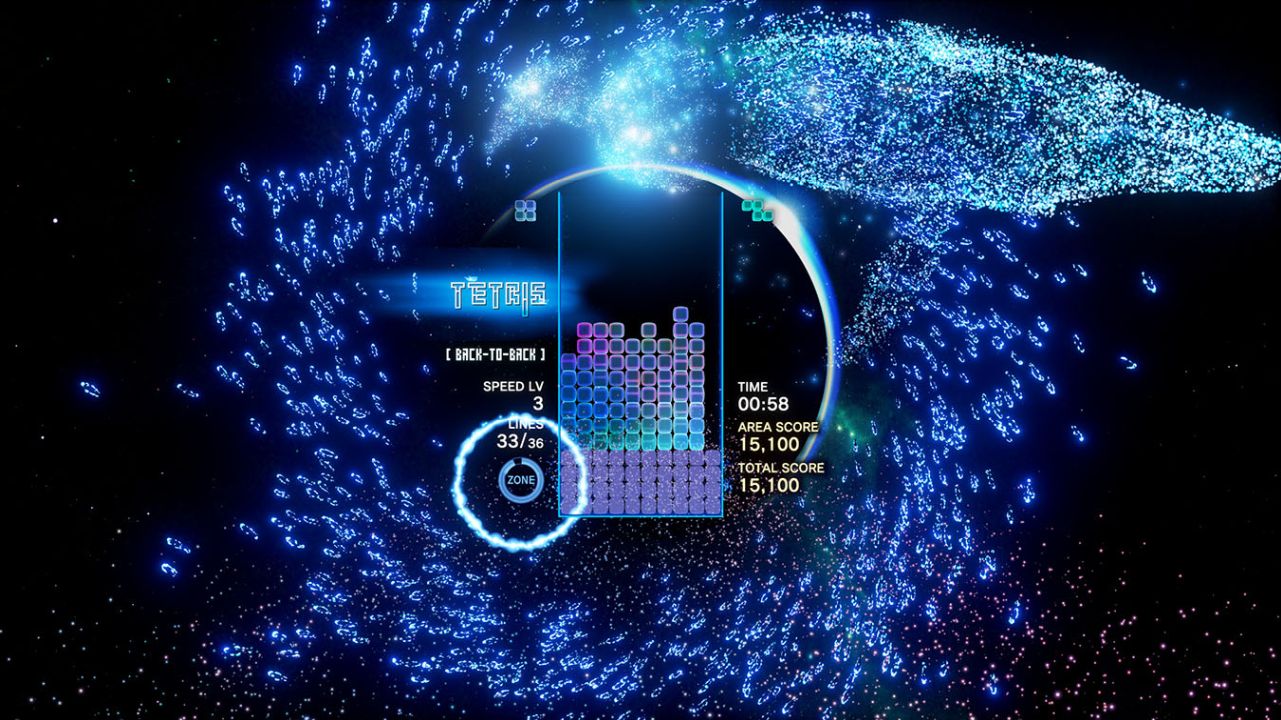 Since we already covered the original release back in 2019, I'm not going to spend too much time going over the basics. It is Tetris, you know? You probably already have a good idea of what to expect. Tetriminos coming at you in all kinds of unique shapes, with the goal of keeping your screen clear being hampered by an ever-increasing drop speed. The big hook of Effect is that it is produced by Tetsuya Mizuguchi, the genius responsible for both Rez and Lumines. He adds his own spin to the gameplay, which results in a mix of the classic you know and love with spine-tingling visuals and audio.

I have spent a lot of time a lot of versions of Tetris over the years, but I can easily say that Tetris Effect is my favorite iteration. The gameplay is largely the same across all releases, so what really seals the deal for me here are the visuals and music. Playing through Journey Mode again, I was once again in awe of the beauty and variety on display. It would be fine enough getting to play Tetris alongside sea dwelling creatures or the lights of the city, but it's how everything reacts to your moves that makes it magical. The beat ramping up as the blocks drop faster. The effects getting more vivid as you clear row after row. It's a nigh-perfect combination, and arguably the best work Mizuguchi has ever had a hand in.

Even without the additions of Connected, I believe that Tetris Effect is more than worth its value. The gameplay has survived for decades because it remains as enjoyable now as it did back in 1984. Journey Mode is a surprisingly capable single-player mode, and one that is well worth playing through. It is the best way to experience the variety of music and visuals that have been crammed into the title. Once you are through with that, jumping into Effects Modes is another excellent way to wring enjoyment from the title. This where you will find a variety of modes that are broken down by difficulty and style. Playing through these will raise your in-game level, which unlock new avatars for you to use. 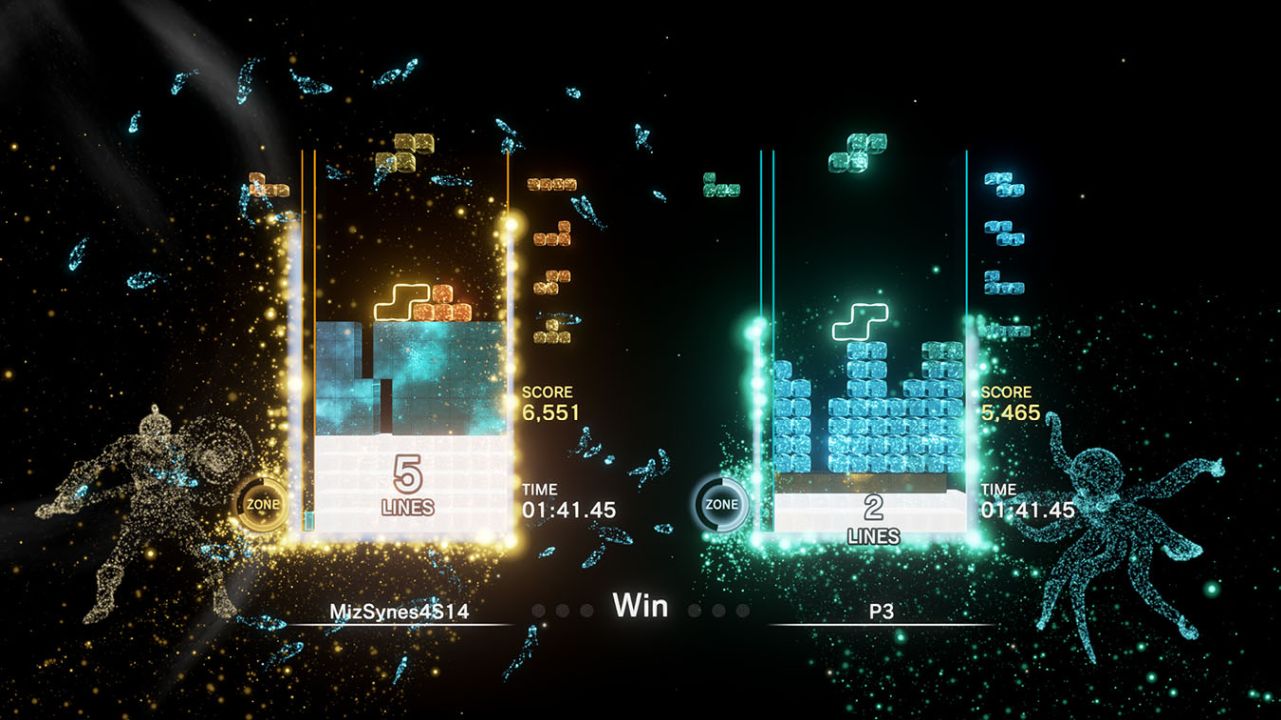 However, the real draw of Tetris Effect: Connected are the newly added multiplayer modes. There are four options for players to choose from: Connected, Zone Battle, Classic Score Attack and Score Attack. The latter two modes will probably be the ones that most fans of the series will be familiar with. Score Attack is your typical one on one battle. Whether you are playing online or local, the mode remains the same. Both players have their own boards, and the player with the higher score walks away the winner. As much as I enjoy spinning Tetriminos, I have to admit, I'm not particularly good at it. So, this is the mode I frequently find myself coming back to. It is not about winning or losing, but just about not getting embarrassed too badly.

Classic Score Attack is a variation of the regular Score Attack. Instead of using modern rules, the mode uses a rule set straight out of the original Tetris. This means any feature that was introduced in later releases is not available here. No soft or hard drops or holding are permitted here. The mode also has a much simpler visual style and sound effects with music that harken back to the NES classic. There is definitely a certain charm to playing this. A reminder of where the series started, and why it has remained as enjoyable as it has. It wouldn't be my first choice of mode to play, but I appreciate the fact that it is included.

The final competitive multiplayer mode is Zone Battle. Instead of trying to achieve the highest score, this is about burying your opponent's board with blocks. As you clear lines on your board, you'll drop blocks onto your opponent. Much like Score Attack, this will be familiar for those who have played other variations of the series. The difference here, though, is the use of the Zone mechanic. Entering the Zone lets you both attack your opponent, and potentially block their moves. 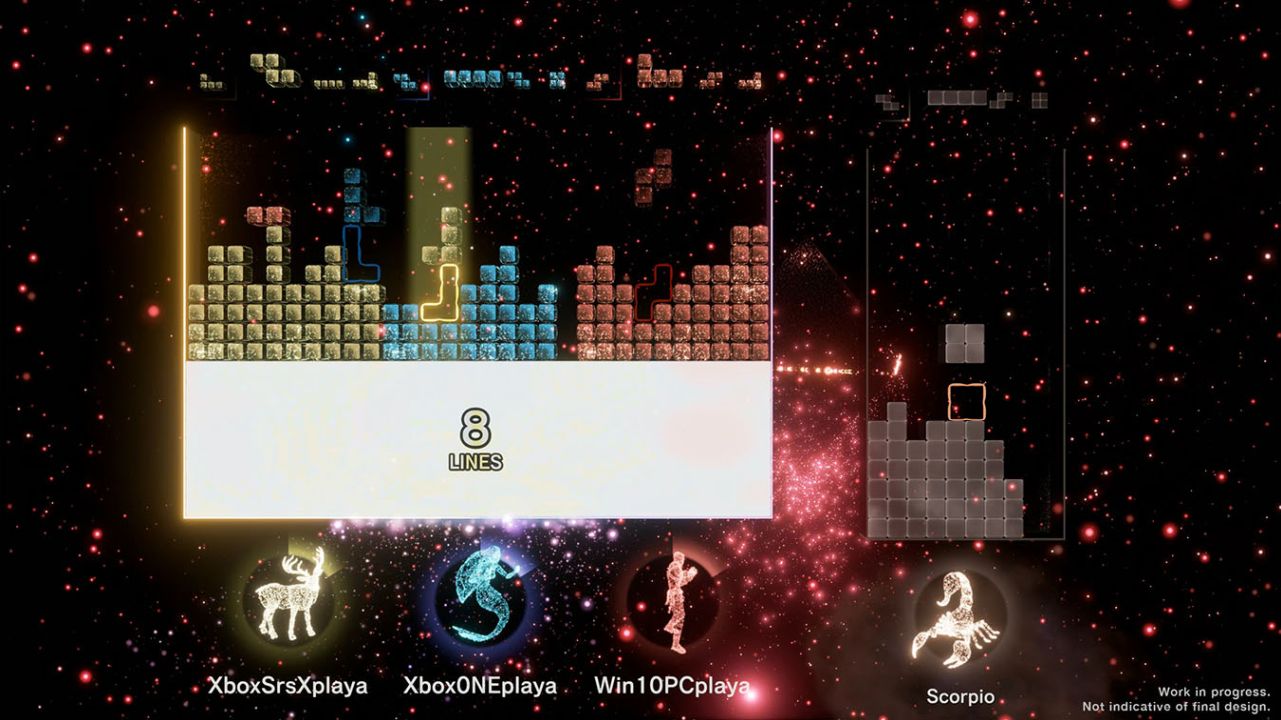 As someone who has a hard enough time competing in Score Attack, I know I'm going to lose when I boot up Zone Battle. This is definitely a mode for the Tetris aficionados, and no place for those who can't handle a punishing pace. With that said, though, I still think it is a fun time. It's consistently intense, and thanks to the gorgeous visuals of the title, one that is very pretty to take in. Ultimately, it will probably be a mode I try to watch more than take part in, but I do think it can be a blast with someone of a similar poor skillset such as myself.

The most interesting multiplayer mode of Tetris Effect: Connected, though, is not competitive, but rather co-operative. Connected Mode is a three-person adventure that pits the team up against an A.I. opponent. Each player has their own board, and as you clear lines, a meter builds up. Once this meter has been filled, all three of the boards get jammed together into one massive board. There is some slight modification that happens to the original boards when this occurs, but nothing too extraordinary. From there, the three of you work together to clear as many lines as you can before the meter depletes. Once that happens, the blocks will drop into the A.I.'s screen, and the process repeats itself.

This is easily something that could have gone horribly wrong. From how to combine all three together in a way that makes sense, to making sure that the three players can work with their partners. But, instead of a disaster, we got something incredibly unique and wonderful. Working with online partners is a breeze, and the A.I. opponent provides a serviceable challenge. Teamwork is necessary in order to move past the latter stages, or you'll easily find yourself getting overwhelmed. Connected Mode is an excellent addition to the title, and one that should not be missed. 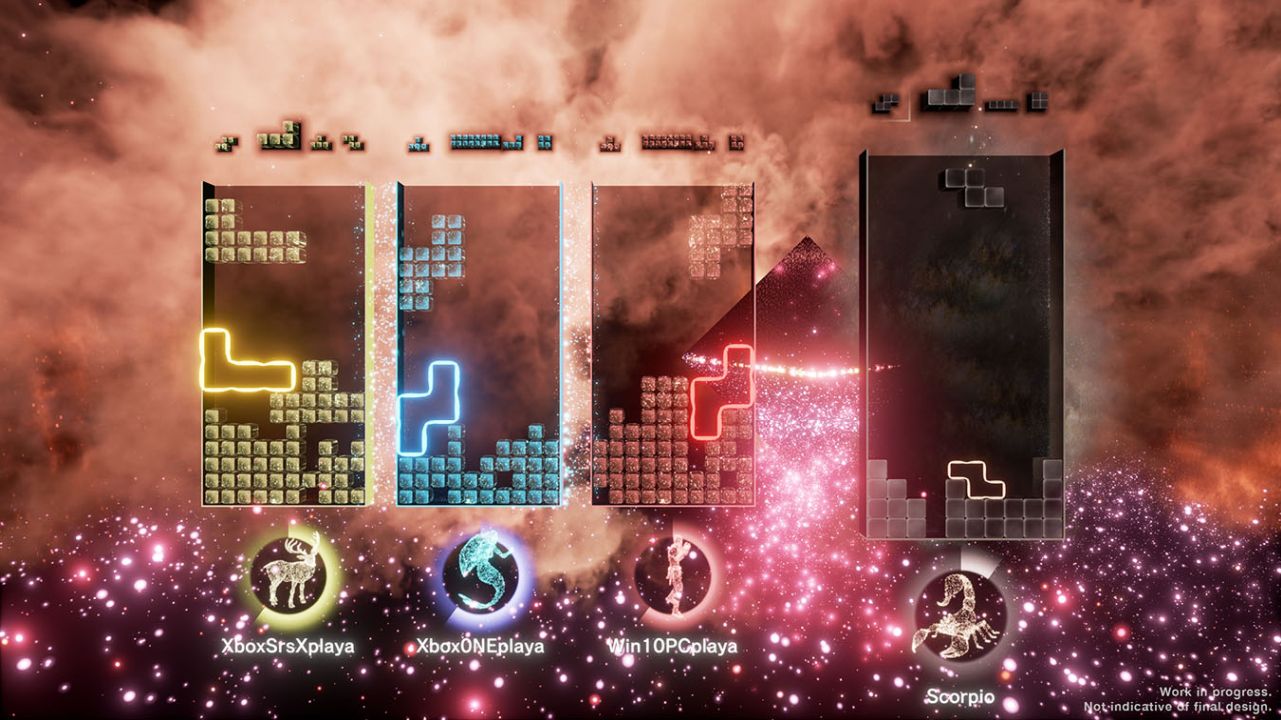 Tetris Effect: Connected takes an already quite solid title and manages to make it even better. The visuals and audio transform the Tetris experience into something entirely new. Tetsuya Mizuguchi has taken everything he has learned over the years, and used that knowledge to create his opus. And as much as I enjoyed the Journey Mode, it is the multiplayer options that put this over the top. All three competitive options are a blast to play, even for Tetris simpletons such as myself. The Connected Mode steals the show thanks to its meticulously crafted co-operative gameplay and unique twist. It may feel weird to say, but this may be just as much a killer app for the Xbox Series X as the original was for the NES.

Our ratings for Tetris Effect: Connected on Xbox Series X out of 100 (Ratings FAQ)
Presentation
84
The visuals and music of Tetris Effect: Connected are still incredibly designed and engaging, but it's not going to push the limits of the power on the Series X.
Gameplay
78
This is pretty much the Tetris gameplay you either know and love or never got the appeal of. The Zone mechanic adds some additional strategy to the action, though.
Single Player
73
How much you get out of the single-player options of Tetris Effect really boils down to how you feel about Tetris as a whole. I personally loved going through Journey Mode and playing various Effects Modes, but the core gameplay loop doesn't change much from moment to moment.
Multiplayer
84
Both in terms of co-operative and competitive modes, Tetris Effect: Connected delivers. Score Attack and Classic Score Attack are there for the traditionalists, while Zone Battle and Connected offer up unique ways to experience the classic puzzler.
Performance
90
No noticeable issues on the Series X.
Overall
81
Tetris Effect: Connected is the best version of one of the top releases of 2018. The multiplayer additions are all excellently designed, with Connected Mode being one of the best co-operative experiences out there. 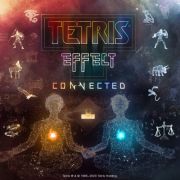