As a mechanically simple top-down shooter that dazzled many with its frantic pacing, surrealist subject matter, and unapologetically psychedelic aesthetics, there was no game like Hotline Miami when it came out back in 2012. Fast forward to 2019, and we've already seen the release of Ape Out and The Hong Kong Massacre this year alone - two games that adopted the same top-down perspective and punishing retry-focused gameplay. Katana ZERO, despite doing away with the top-down perspective and swapping the guns for a sword, is still very much another one of those. It isn't very novel as it borrows heavily from its pioneering predecessors' grimy tone and 80's aesthetic, but it still plays wonderfully and remains largely enjoyable save for a few story stumbles and underutilized ideas. 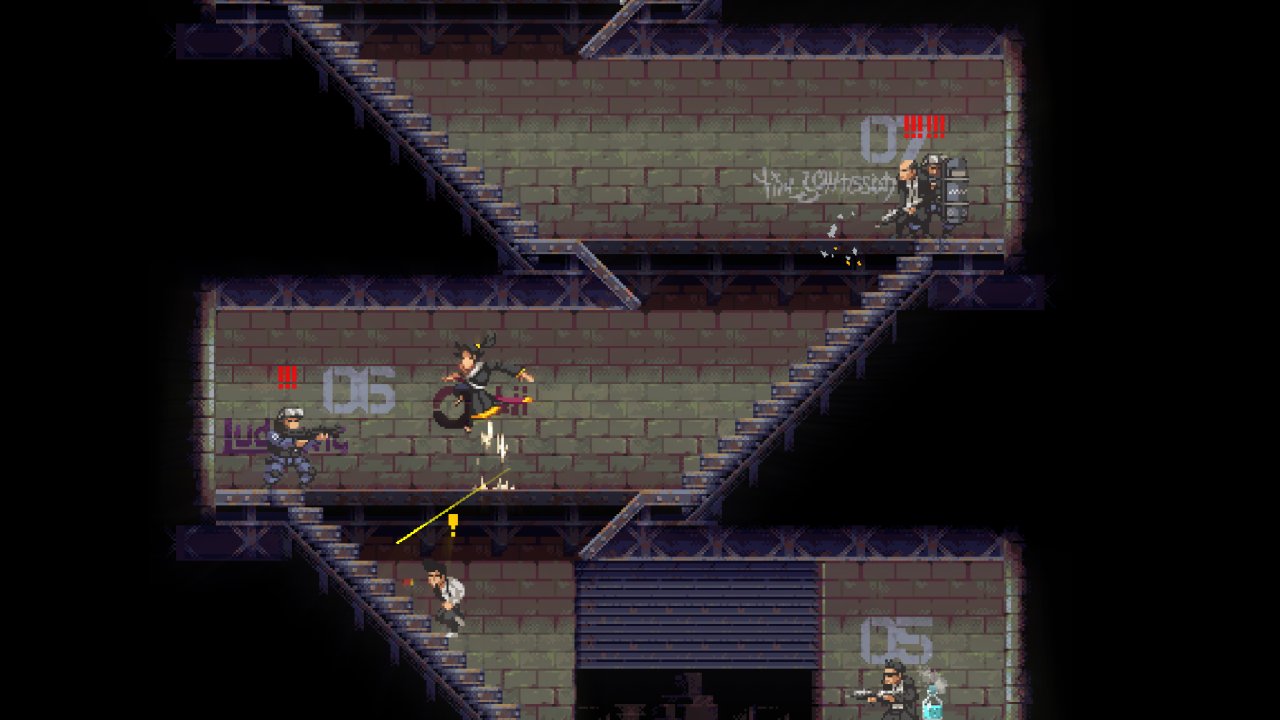 Katana ZERO's sword-slashing combat is great, and it has an impressive amount of flexibility that allows for a variety of fulfilling options. You control a nameless katana-wielding mercenary who's tasked with assassinating a target while wiping out the armies of thugs that seek to stop him. Everyone - including you - can be taken out with a single strike, so quickly and effectively eliminating enemies before they have a chance to retaliate is a necessity. Each level is riddled with staircases, doors, windows, and hazards that allow you to carefully choreograph your approach and manipulate your enemies into a vulnerable position.

Brute forcing your way through each stage is always an option with sufficiently fast reflexes and careful finesse, but each level has at least one critical path that allows it to be completed with minimal resistance. You still have to eliminate every enemy before moving onward, but taking on the baddies two at a time is much easier than instantly alerting everyone to your presence and having to dodge through walls of instakill bullets. The easiest path through a stage is never immediately obvious and usually requires trial and error to uncover, so you'll spend plenty of time dying and retrying. The result of all this is an incredibly intelligent system that rewards those who study the stages and master the game's mechanics in equal measure. Neither is necessary, but either is sufficient to overcome the game's many brutal challenges.

Speaking of challenges, Katana ZERO's difficulty strikes a great balance for first-time players, but it's noticeably lacking any optional post-game content that ramps things up further. Any enemy attack that connects will require you to restart a stage, but each level takes no longer than a minute or two to complete. Restarting is snappy, and sends you right back to your starting position with the press of a button. With the variety of moves at your disposal, there are plenty of ways to get through any encounter. Reflecting bullets with a well-timed sword strike and dodging through attacks with the immensely useful dodge roll will get you out of many sticky situations, but they require precise timing and leave you vulnerable afterwards. Endlessly retrying stages lets you memorize the level layout, enemy placement, and item locations until you pull off the one perfect run that gets everything done without taking a single hit. Each new screen is an enticing challenge, and each visceral kill is satisfying enough on its own to make each retry feel worth it. 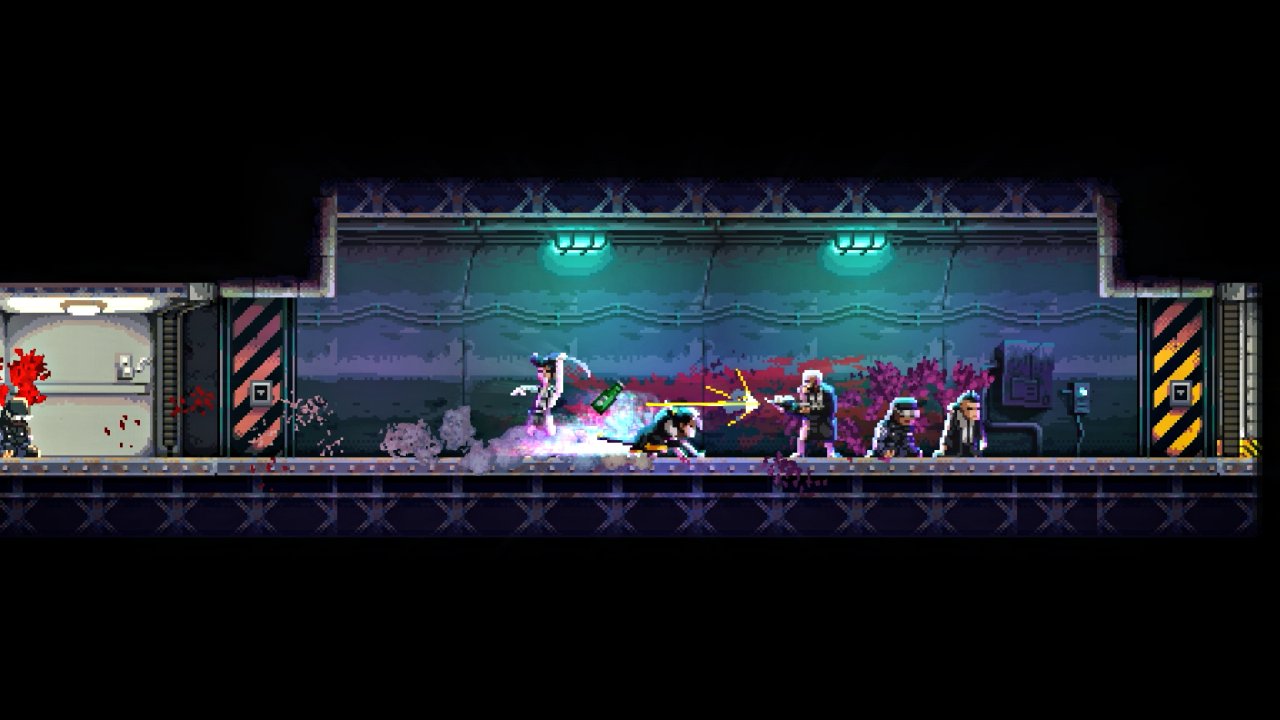 However, after you've made it through each stage once, there's little incentive to go back and continue playing. There are different dialogue choices to make and ill-defined post-game unlockables to unveil, but the stages go by much faster given vestigial memory of their layouts. It would've been nice to see a harder difficulty or post-game challenges open up to really test your limits, but we're left with the same set of levels that won't take much longer than an hour or two to blaze through on repeat playthroughs.

As a fast-paced side-scrolling beat 'em up, Katana ZERO's controls never get in the way of the relentless action. The nameless protagonist responds immediately to your inputs, and he moves with an elegant swiftness that makes katana-slashing through your opposition feel even better than it looks. Sword swipes, projectile throws, swift dodges, and quick leaps are all a button press away. If you throw in the ability to slow down time on top of it all, it can get a bit hard to keep track of all your capabilities, but the basics are kept simple which allows you to quickly develop a familiarity with the controls and get to trying things out. However, a controller is highly recommended. Using a keyboard and mouse turns your cursor into a crosshair that is completely unneeded given that swinging your sword requires no aiming whatsoever. Go with a gamepad, and controlling the character will be a breeze.

While the side-scrolling combat is great, the rest of Katana ZERO's gameplay fails to deliver on its many ideas. There's a time-sensitive multiple choice dialogue system that shows promise, but proves to be largely uninteresting in practice. You get to choose what words your protagonist says to lightly influence future events, and you can interrupt the person talking to you by selecting the dialogue option that becomes immediately available. It seems rife with opportunity for player choice and experimentation, but the conversation options do little to change the course of events, and the interruption option largely ends up being an in-lore way to skip dialogue. 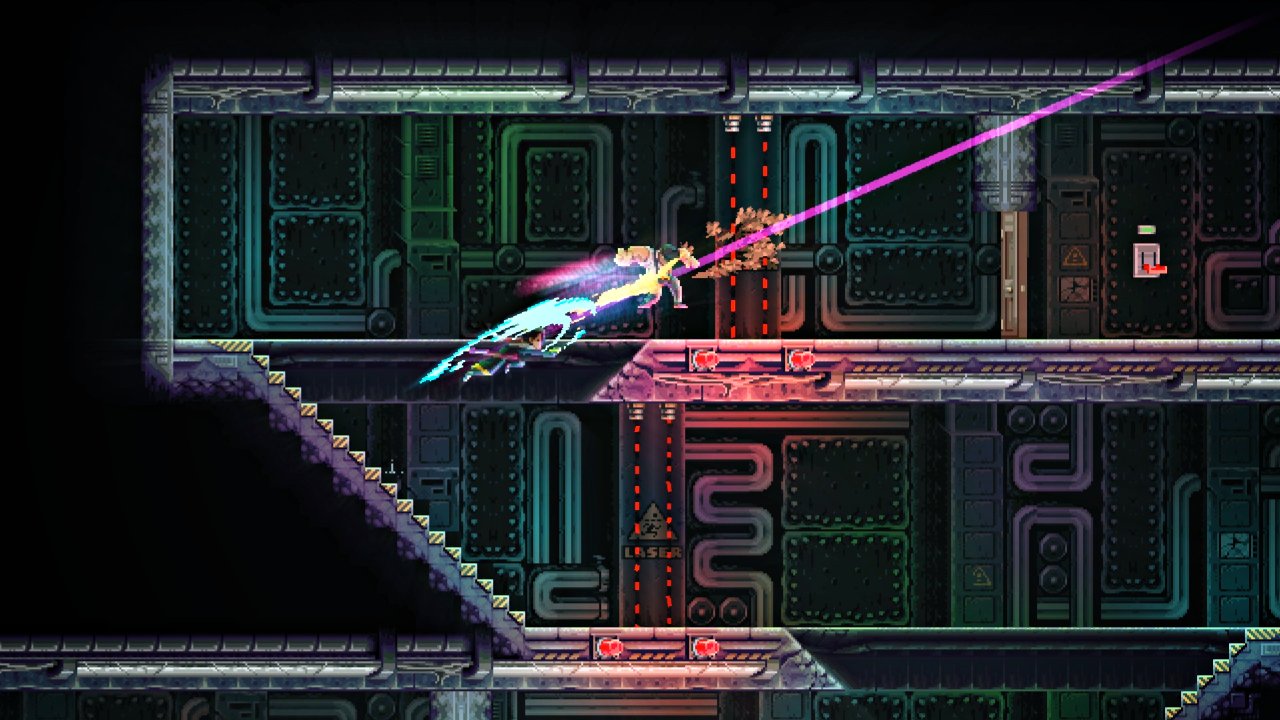 There are also out-of-combat sections that utilize your character's time-bending capabilities to similarly underwhelming effect. Nearly every time it's a mundane exercise in repetitive and uninteresting trial and error. The game's couple of stealth sections suffer a similar fate. There's too much stationary sitting and waiting for people to pass by to make the stealth sections feel anything other than tedious and mind-numbingly slow endeavors in a game that's otherwise cathartically frantic. They feel more like needless additions than they do welcome changes of pace. Thankfully, each of the calmer sequences is immediately preceded or followed by more of the outstanding combat.

Similar to its inspiration, Katana ZERO is heavily story-driven. Several revelatory sequences are bogged down by unneeded exposition, but it still spins a narrative with plenty of twists and turns that toy with your expectations and leave you oblivious to what lies in store. The game's events take place in a modern, dystopian metropolis that persists in the wake of a devastating war. It's brutal, grimy, unpleasant, and full of individuals willing to participate in its seedy underbelly. You see everything through the eyes of a stereotypically amnesiac protagonist, but his lack of knowledge is utilized well over the course of the winding narrative.

Surprisingly, there aren't many questions left on the table after the story runs its course. Many mysteries arise and they're effectively set up, but their exposition-laden payoffs don't allow for thought-provoking or gratifying conclusions. However, most of the game's narrative beats are delightful to watch play out. It isn't afraid to toy with game mechanics and nearly break the fourth wall to deliver moments of notable poignancy throughout. There are a few missteps and a helping of head-scratching choices, but there's no lack of great moments that are well worth witnessing regardless. 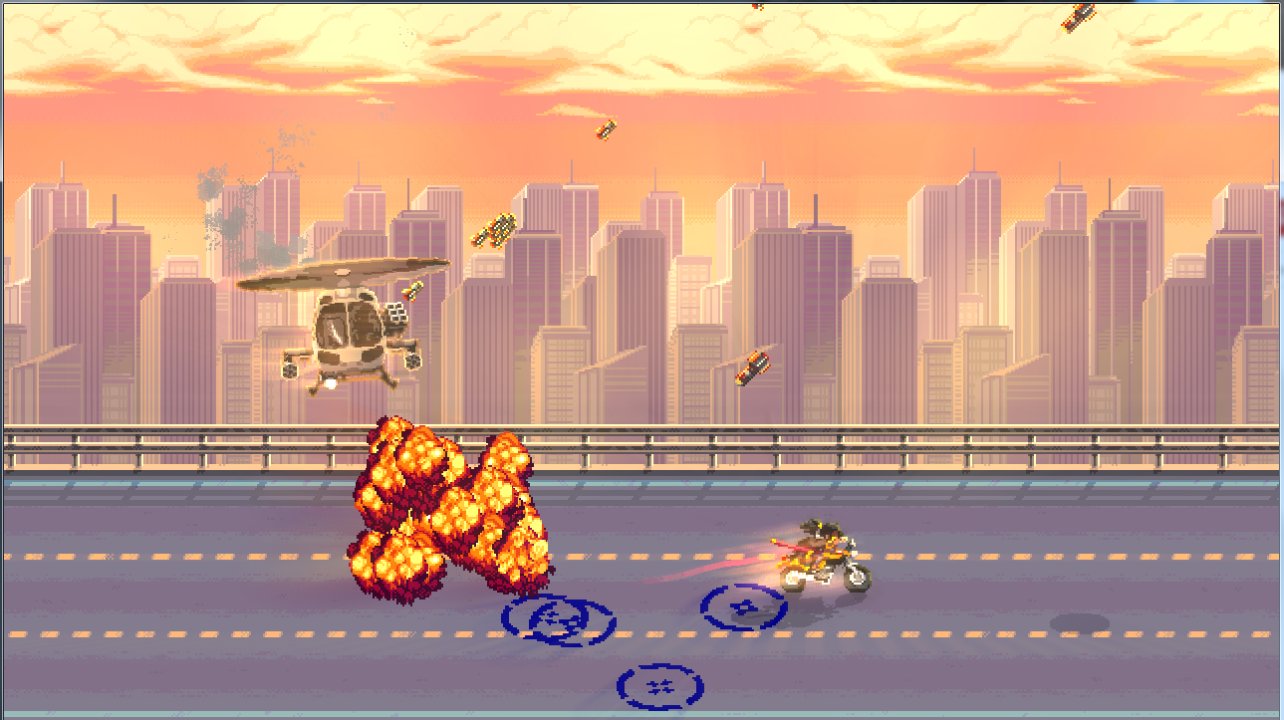 When it comes to the visuals, Katana ZERO is highly derivative and typical of independently-developed games of late, but it still holds up well and remains pleasant to look at. The developers go for a high fidelity form of pixel art that animates extremely well, and they use a neon color palette that pops. The general aesthetic is one that's becoming increasingly prevalent - 80's-inspired pinks and VHS framing devices abound - but it's integrated intelligently enough into this dystopian setting to still make it feel unique. The game's soundtrack helps elevate the 80's novelty by combining some great droning techno beats with more somber piano tracks to excellent effect. It's far from original, but the music blends perfectly into the setting and gameplay to create an atmosphere that's endlessly enticing to bask in.

Katana ZERO is far from the first to piggyback off of Hotline Miami's success, and it almost assuredly won't be the last. It doesn't do itself any favors by adopting the now well-trodden 80's neon aesthetic, but there's plenty of substance garnered from the familiar style to make it worth revisiting. The gameplay and story both suffer from a few pestering issues, but they're also chock-full of captivating segments that make this high-octane foray into side-scrolling beat 'em ups worth the price of admission.

Our ratings for Katana Zero on PC out of 100 (Ratings FAQ)
Presentation
82
The bass-pumping synth tracks, neon color palette, and pixelated visuals are far from original; but they all combine to create a wonderful amalgamation of neo-noire idiosyncrasies.
Gameplay
71
The combat is fast, flashy, and remains compelling throughout an entire playthrough. The stealth sections, post-game content, and world-building portions leave something to be desired, however.
Single Player
68
The plot is full of intriguing mysteries that don't quite pay off, but memorable moments are plentiful. The gameplay hits the right balance between frustration and flexibility, but it's lacking in more extreme challenges that would add longevity.
Multiplayer
NR
None
Performance
(Show PC Specs)
CPU: Intel Core i5-4690K
GPU: Nvidia GeForce GTX 980
RAM: 8GB
OS: Windows 10 Pro

Our Review of Katana Zero
73%
Good
The Verdict:
"Frantic side-scrolling action that doesn't always deliver"
Game Ranking
Katana Zero is ranked #960 out of 1815 total reviewed games. It is ranked #62 out of 144 games reviewed in 2019.
959. Ravva and the Cyclops Curse
PC
960. Katana Zero