Coming from a development team consisting of only a handful of people, Minit is a 2D isometric puzzle adventure game that hangs its hat on the premise that you play it in sixty second chunks. From the moment you are dropped in and given a few basic control prompts, a one-minute timer starts ticking down. Once this timer expires, your character dies and the world resets, unless during that sixty seconds you accomplish something such as finding an item or rescuing a character which will propagate into your next life. In pretty much every other regard, Minit is a fairly unremarkable nostalgia-driven adventure game. 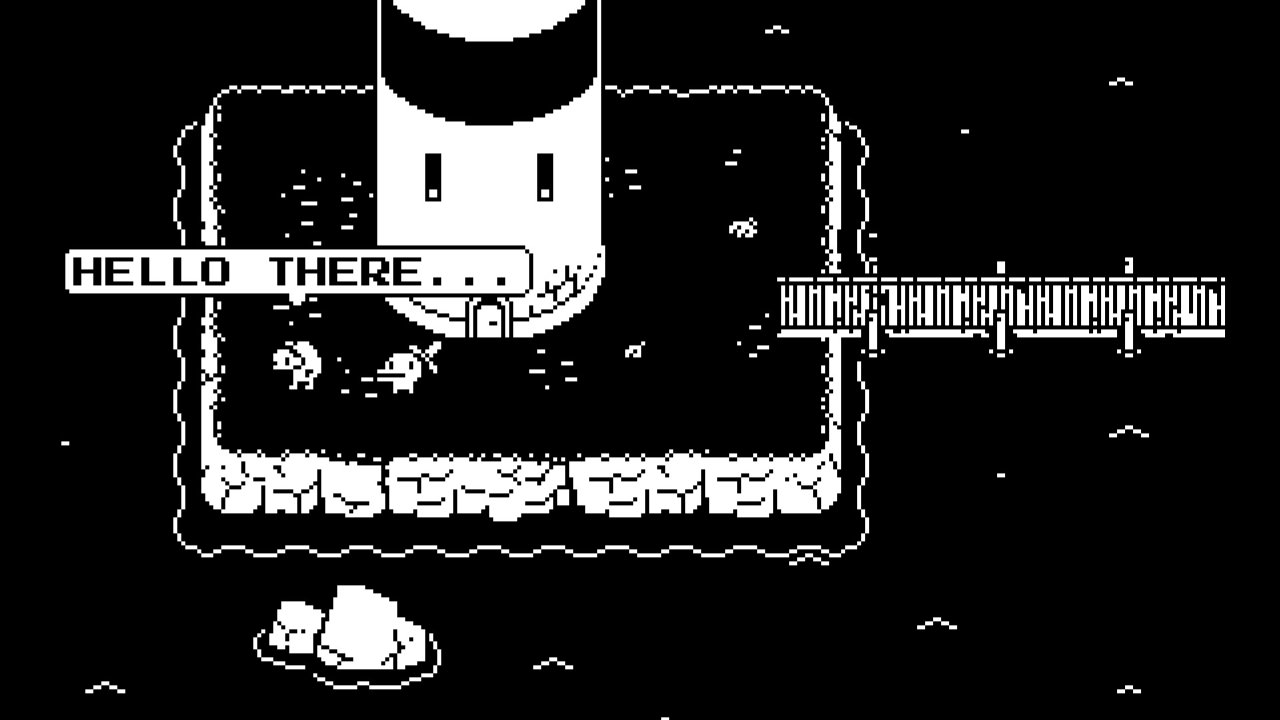 The ramifications of the one-minute expiration date your character must deal with quickly become apparent. You start out in a small house and must explore outwards. Before long, you will start running into obstacles like hostile crabs, path-blocking plants and boxes, dark caves and water which you cannot cross. To progress, you must locate items that are hidden around the map, or given to you as rewards for completing simple quests for NPCs, that will let you see in dark areas, move boxes out of the way or swim. The controls are very simplistic; you can move around and have a single action button that will perform something different depending on what item you have equipped. The only real mechanic of note here is how the sixty second timer impacts the way you move forward.

Given that the core progression mechanics involve simple environmental puzzles and exploration, the main impact of the timer is that you need to remember exactly what you do and where you go. Occasionally you are given some clues about progressing; you find a sword that is cursed, and must return to the factory where it was made, but story is not the focus here. Aside from these vague clues, you given no real direction about where to go or how to progress, so the core of the gameplay can be best described as systematic trial and error. If you spend a one-minute life exploring an option and it yields no results, you must remember exactly what you did and where you went so that you can try something different next time and hope that it produces some amount of progress. The timer is sometimes used in clever ways; early on you encounter an NPC who talks very slowly while giving you a useful tip, and you must rush to him as quickly as possible if you want to hear the entire thing. Unfortunately, these moments are fairly rare. 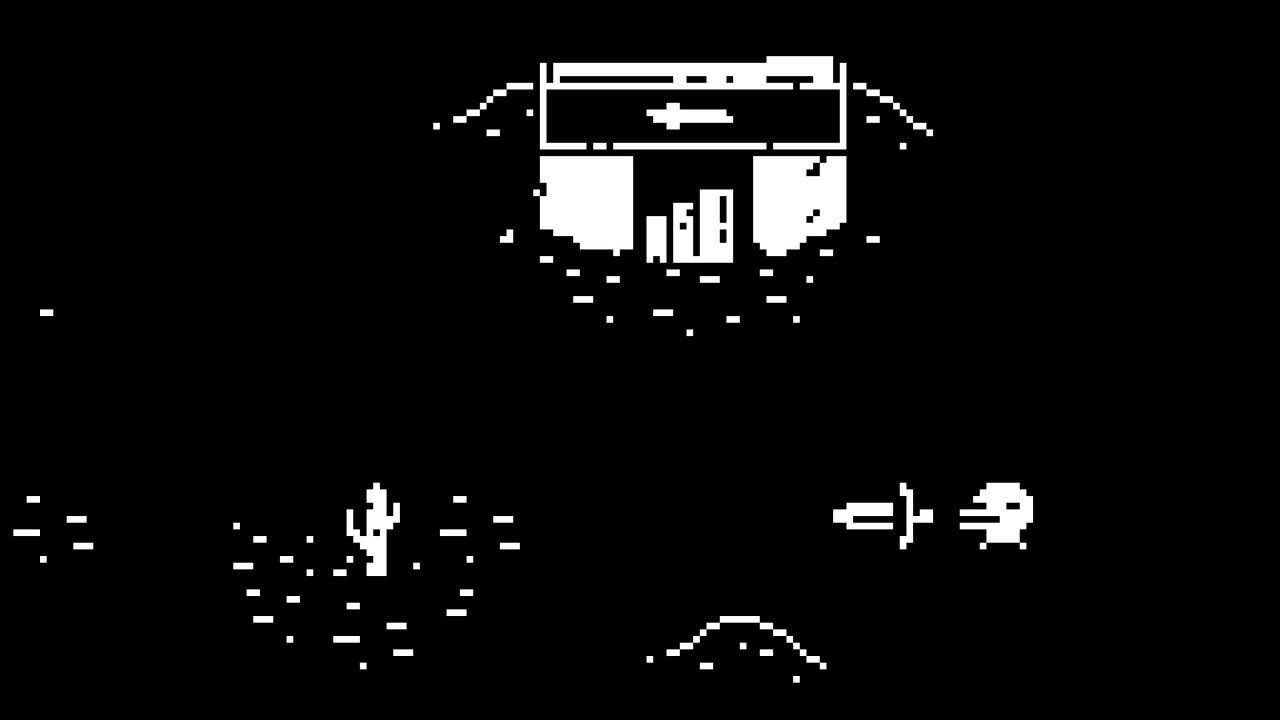 The premise of playing a game one-minute at a time and having to try and make progress within those sixty seconds is certainly an intriguing one, but it felt like an awkward fit for the exploration and experimentation-heavy style of gameplay present here. Aside from the sixty second twist, this is a nostalgia and charm driven affair with very little of substance in the moment to moment gameplay. The most advanced thing you will need to do is push a few boxes around for a basic puzzle, or complete a simple boss fight. More often, you will be running around, trying to find ways to move to new screens, to find new items or NPCs who might ask you to perform a basic action like killing some nearby crabs. Once you find a puzzle and figure out the optimal route to get to it, having to repeatedly run there just to try one or two different things quickly becomes annoying. Even worse are that the controls can be a bit finicky when trying to attack enemies or move boxes around, meaning you might fail an encounter or puzzle even when you know how to do it.

Annoyed is a word that covers how I felt for a good part of my time with Minit. A large amount of the content here is optional, such as finding collectible coins or helping out NPCs in a way that is tangential to the main path of progress. There is a decent incentive to finding these hidden coins; you can spend them on some shoes that make you walk faster, a useful bonus given the constant time constraints. Unfortunately to find coins or other hidden items you will typically need to poke around each area smashing anything that can be smashed and exploring every nook and cranny. The sixty second timer again just feels like a needless obstacle in these moments, forcing you to not only break up exploration by making you run back, but to remember exactly what you smashed and where you looked, if you don’t want to waste precious seconds in a location distant from one of the homes you unlock and start each life in. 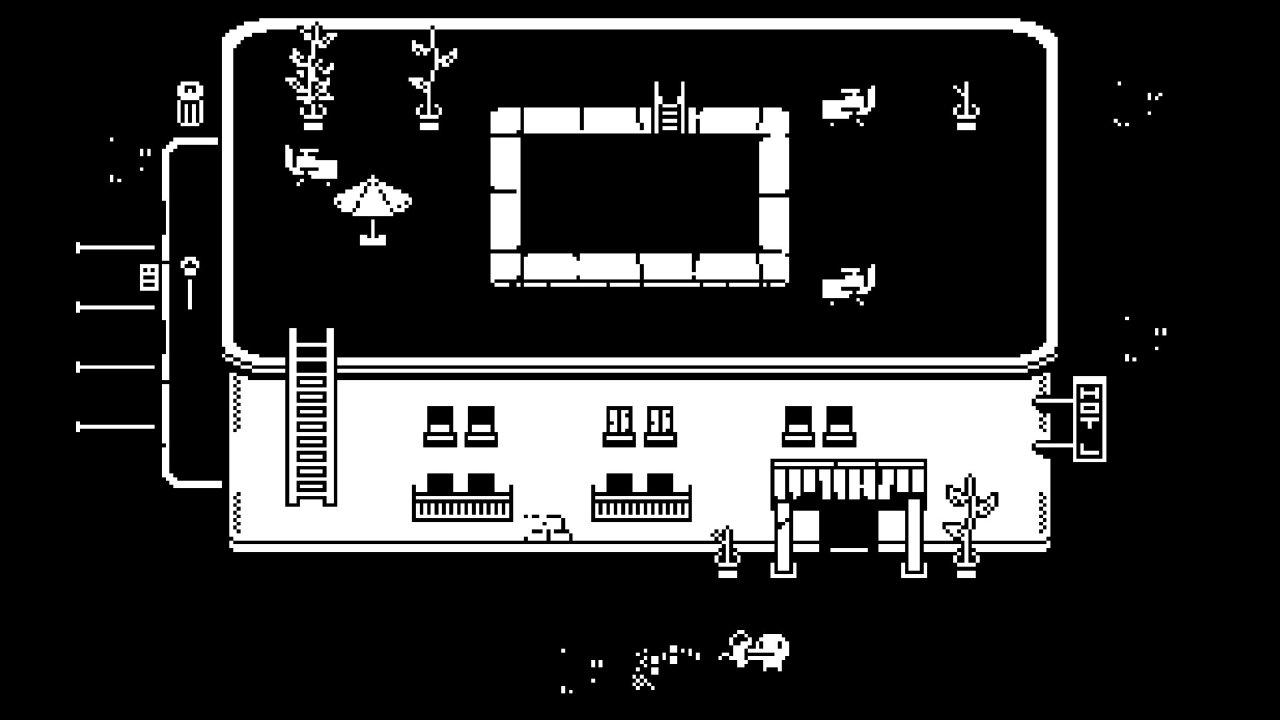 Fortunately, the charm and nostalgia side of things do their part to distract from the mechanical shortcomings. Minit has a minimalistic black-and-white visual style that manages through clever character designs and aminations to have a surprising amount of personality. The audio design is similarly sparse but equally effective and endearing with unique and engaging sounds associated with attacking or finding a new item. The real star here is the original chiptune-style soundtrack which managed to get stuck in my head and remain there for several days.

There is definitely merit to the sixty second twist that sits at the core of Minit, but I couldn’t shake the feeling that this design choice is at odds with the rest of the game which relies on careful exploration and experimentation with its admittedly limited systems. I found I was intrigued and engaged early in the game, but increasingly agitated as I progressed, having to continually re-tread the same paths to the same puzzles that I failed because I pushed a block one-pixel too far in the wrong direction, or took a single wrong turn in my attempt to get there.

Our ratings for Minit on PC out of 100 (Ratings FAQ)
Presentation
74
Minit’s pixelated black and white 2d look is minimalistic but ultimately charming and effective; the audio design is similarly clever and the original soundtrack is probably the highlight of the entire package.
Gameplay
55
The one-minute timer is initially engaging and provides a sense of urgency to your outings, but it ends up clashing with the simple but sometimes finicky puzzle and exploration-driven moment to moment gameplay.
Single Player
60
Minit’s story elements are minimal but well done, the experience is brief at around 3-6 hours depending on how much optional content you complete, which is likely for the best as the core gameplay starts to wear thin quickly.
Multiplayer
NR
none
Performance
(Show PC Specs)
CPU: Intel i7-6700k @ 4.0ghz
GPU: Nvidia GTX 1080 8GB
RAM: 16GB DDR4
OS: Windows 10 Pro 64

95
The game runs very well and I encountered no bugs
Overall
60
The twist at the core of Minit, that you play it sixty seconds at a time, is initially intriguing and engaging, but ends up clashing with the puzzle and exploration-heavy gameplay in a way that left me feeling agitated rather than charmed by this nostalgia-driven indie title. 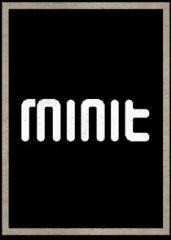