The Queen is dead, may she reign again

Have you ever wanted adventure games to have less interactivity, and just have them funnel you through a series of straightforward choices? No more walking around or having complex conversations, like in Mass Effect or Telltale games, no pages of text to read, as in those old “choose your own adventure” books; just a simple positive and negative response to each query. Well, the Reigns franchise from developers Nerial and published by Devolver Digital has you covered. The original game from 2016 was seemingly a success, as the sequel Reigns: Her Majesty was released this week. Although still aimed at mobile platforms with its simple design and user interface, the game’s PC port can provide a few hours of entertainment for a low price. 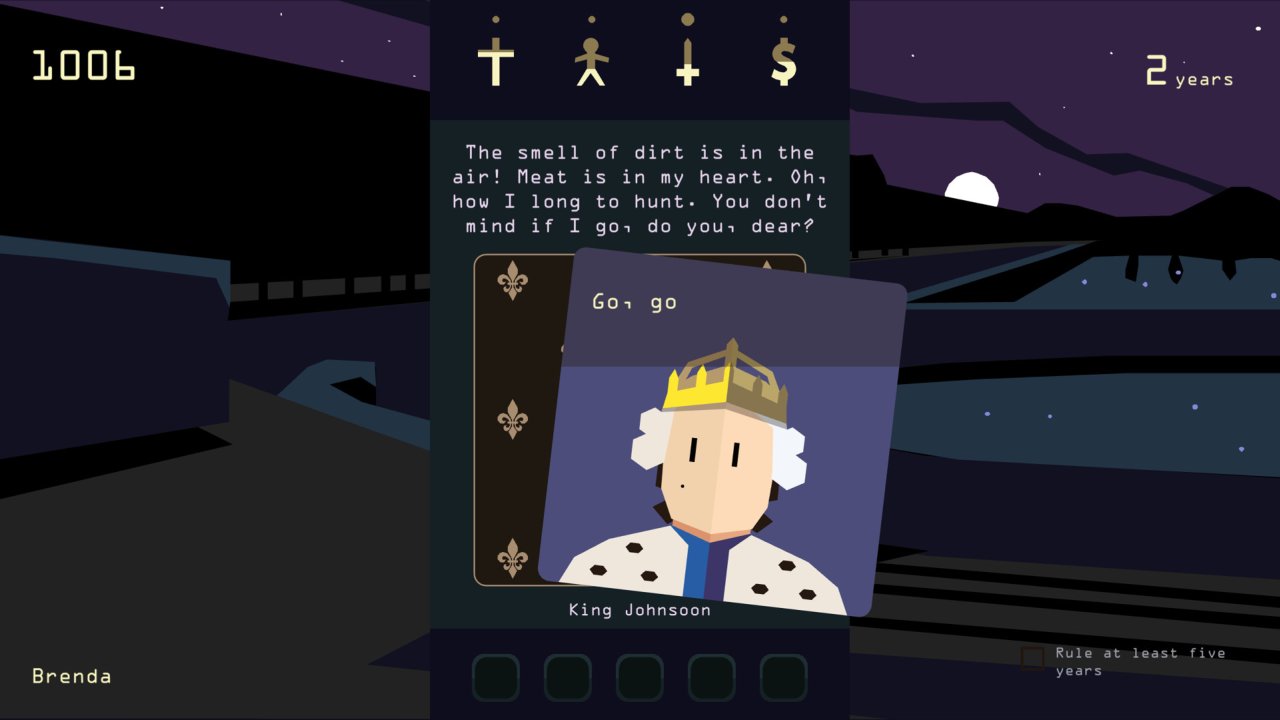 For those unfamiliar, in Reigns you assume the role of a ruling monarch. In the first game, you were a king, and as the title of the sequel implies, you’re now a queen. This certainly changes things a bit, as the decisions and situations you encounter throughout will have a new angle to them. There are some well written bits of text that make good social commentary without being obnoxious. The gameplay is very simple – you are presented with a series of text interactions that are designed as a deck of cards. Each card offers a piece of information, and most leave you facing a choice. You swipe either left or right to indicate how to respond. As the queen, you’ll need to decide on matters of the land, such as when to build a new tower, how to react to certain events, make decisions on new requests from your subjects, and so on. Through it all, you’ll meet a variety of characters, go through a few short and lengthier storylines, and encounter death.

As before, you must keep in check four main aspects of your kingdom - the church, the people, the military, and the budget. These four meters can move with every decision your make; you cannot see if they will go up or down, or by how much, but you can see which of the four will be affected. So, denying the church request for a curfew will anger that group and reduce your rating with them, but the people will like you more. Making the military help a local farmer will also please the people, but annoy the army and reduce your budget. Buying some works of art will cost a large chunk of the budget, but may please the church. Most of the decisions have fairly well predictable outcomes, so you can keep each aspect in check; but there are still some oddities and reactions that don’t make a lot of sense. 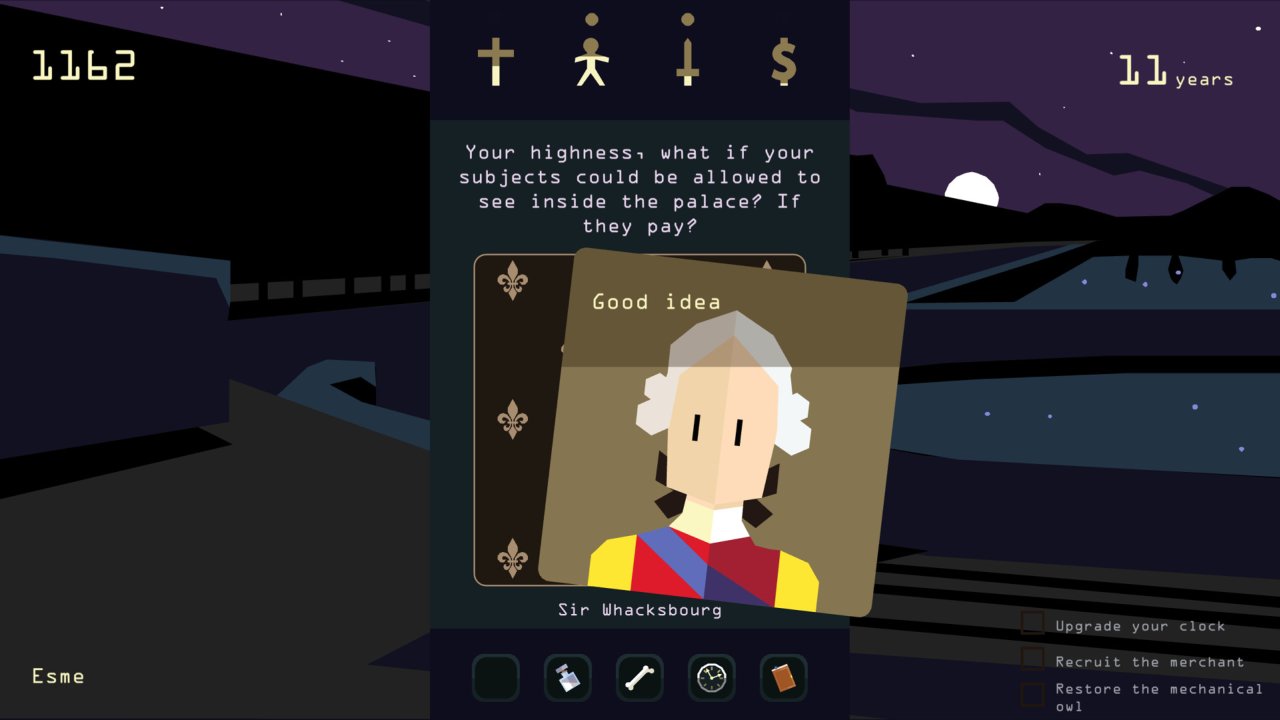 If you let any single of the four aspects reach the bottom or the top, the queen meets an untimely end. If you are too liked by the people, they will trample you to death during a parade in your honor. If the church is extremely happy, you will starve to death trying to prove your purity. If you anger the military, they will forcefully remove you in a revolution. It’s fairly amusing, and there are over 20 possible death scenarios. But this is far from game over – a few years pass and you actually reincarnate as the next queen, and are faced with many of the similar decisions. This mechanic feeds into the game’s overarching storyline, which gets strange with curses, lizard people, and so on. There’s no real reason to keep the same queen alive for as long as possible, apart from exhausting her series of choices and getting the high score of ruling for your entire natural lifetime.

As such, Reigns: Her Majesty becomes a game of endless choices with an occasional death screen. But because you must not please or displease someone to the limit, it cheapens the illusion of player freedom, and instead you’re busy keeping everyone just feeling average towards you. You’re not really making “choices” the way you want to as in a role playing game, you’re just trying to keep four meters from reaching their limit. It loses charm after a while, and becomes a mindless task of being more focused on the bars at the top of the screen rather than the text or choices you’re making. And while cards don’t repeat too often, you can sometimes get stuck in a loop of the same choices over and over, especially since with every death a few events need to repeat for the next queen. 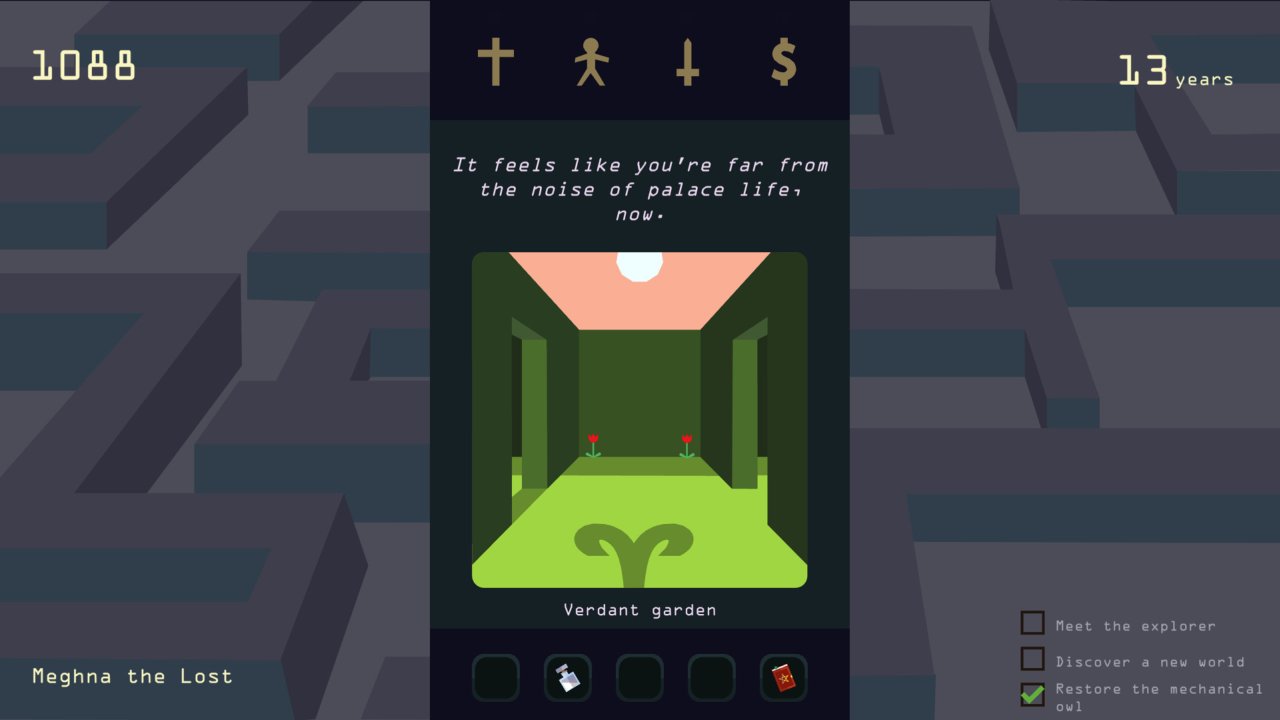 There are a few other things to do besides making choices. There are puzzle elements, such as having an inventory of four items, and using them on specific characters to advance the story. You’ve also got duels that need you to fire the pistol when a specific word appears, and a maze that can be explored on occasion that features mysterious events. Exploring the garden maze links with the new zodiac calendar. With each reincarnation, your queen has a new sign, which opens gameplay opportunities with certain characters. It’s a neat system, but the game does a rather poor job of explaining a few of these mechanics, and you’re left mindlessly clicking around (and wasting queen lifetimes because you interacted with too many characters wrongly) until something new happens. The game keeps track of the 40 or so objectives that must be completed to beat the story, so you at least have some hint of what to do, but it's vague and you must wait for the right cards to come up.

Reigns: Her Majesty is a low priced and initially entertaining title that is more a puzzle / strategy game than it is about making personal choices like you would in an RPG. Because your main objective is to survive, you have to keep everyone mildly pleased, and not actually make the decisions you wanted to. The overarching story can be both interesting and well written, and takes a few hours to get through. Though, that depends if you can figure out how to progress, as the game gives too few clues later on, and you could get stuck in a loop of the same cards a few times. It’s a decent distraction, and one that pretty clearly works better as a mobile title for quick sessions of decision making.

Our ratings for Reigns: Her Majesty on PC out of 100 (Ratings FAQ)
Presentation
70
A simple interface that works, with a few quirky audio effects.
Gameplay
65
Less a game of choice, and more a game of micromanaging four happiness meters. The added puzzle and inventory elements help the game differentiate itself from the original.
Single Player
68
The game's myriad of decisions have plenty of variety, but things do become repetitive after a while. With no control over the cards, you must simply wait for the story to progress when it feels like it.
Multiplayer
NR
None
Performance
(Show PC Specs)
CPU: Intel Core i5-4670K @ 3.80 GHz
GPU: ASUS Radeon R9 280X DirectCU II
RAM: 16GB DDR3
OS: Windows 7 Professional 64-bit

95
No issues
Overall
68
Reigns: Her Majesty is a solid sequel if you enjoyed the original, but it suffers from many of the same issues such as repetition, being at the mercy of the deck, and not really offering role playing choice but rather making you micromanage happiness meters. The low price point helps offset some of the annoyances, though. 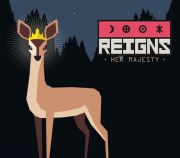