Developers at Media Molecule are best known for creating the LittleBigPlanet franchise for Sony’s PlayStation. The series combined platforming with creation tools, all wrapped in a cutesy aesthetic and made highly accessible to all fans. After following up their debut game with a sequel, the folks at Media Molecule decided to try something a little bit different. Their third release, 2013’s Tearaway, was a PlayStation Vita exclusive that also combined player creativity and platforming, but with a new perspective. Tearaway Unfolded is the PlayStation 4 port of the game, and is well worth checking out if you missed the original release. 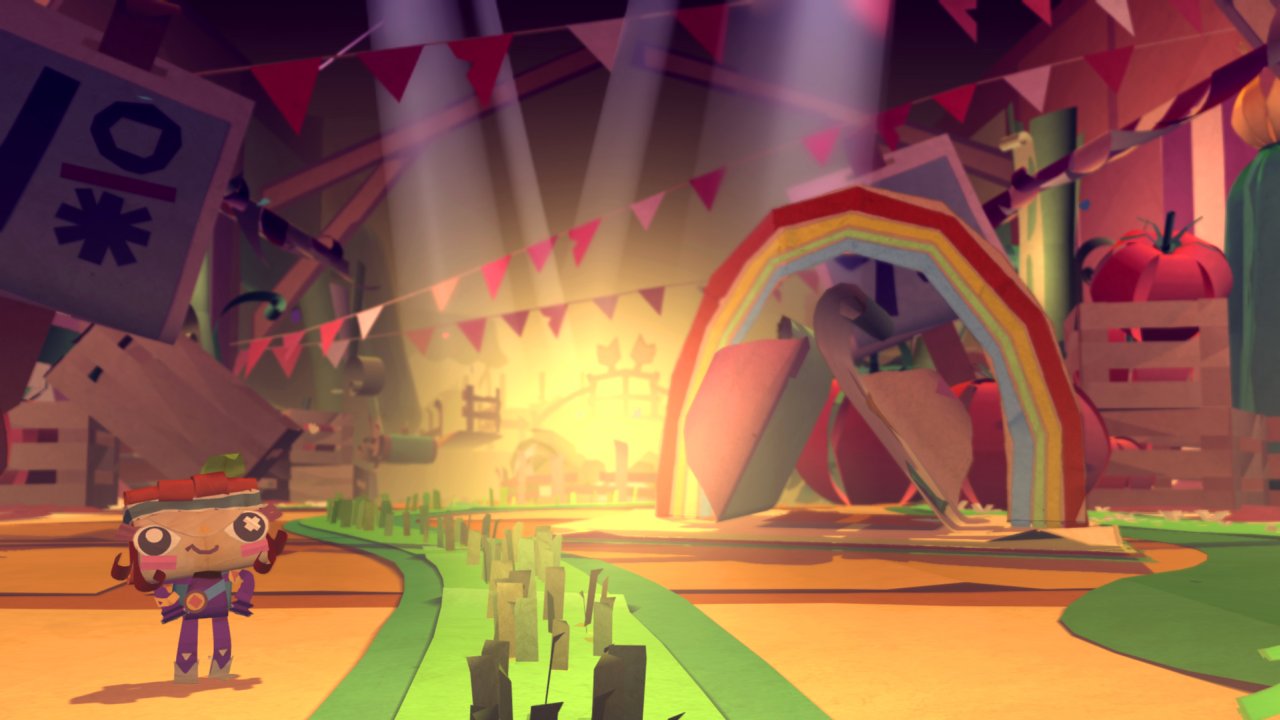 Much like the LBP franchise, Tearaway Unfolded features a welcoming visual design and a childlike take on a game world. The characters and creatures you encounter in this 3D platformer speak gibberish, with their meaning appearing in text boxes instead. But the most notable and standout visual characteristic is the fact that the whole game is designed as a paper craft world. Everything – from characters to animals and the entire environment – is made of paper of various shapes, colors, and patterns. It’s quite incredible to look at, and makes you appreciate the amount of effort it took to not only design all these elements (from a paper tree to a cutout of a pond) but to implement them in a realistic fashion. The game’s soundtrack is similarly unique and pleasant to listen to.

The game follows the adventures of a messenger who must reach the hole that has appeared in the sky to deliver a message… to you. You the player, that is. The game frequently breaks the fourth wall during the course of the adventure, with the messenger Iota himself (or Atoi, herself) realizing that they are being controlled by you, and things getting rather far into Inception territory by the game’s conclusion. Despite being fairly straightforward, your tale of adventure feels unique thanks to the game’s self-awareness.

This notion of breaking the barrier between the game and reality carries on to the major gameplay elements. It must be said that Tearaway Unfolded would have been an excellent PS4 launch title because it uses the DualShock 4 controller in distinctive and creative ways. Sure, it might seem gimmicky at times, but it’s entertaining and very well implemented. The basics – jumping and walking around – are standard enough. You can also sometimes control the camera, but because the game opts to force your view to specific angles, it can be annoying to wrestle with. Later in the game, you can hold down a button to roll, letting you get through small openings or knock over foes. Beyond that, there are a number of control inputs that take advantage of almost every facet of the controller. 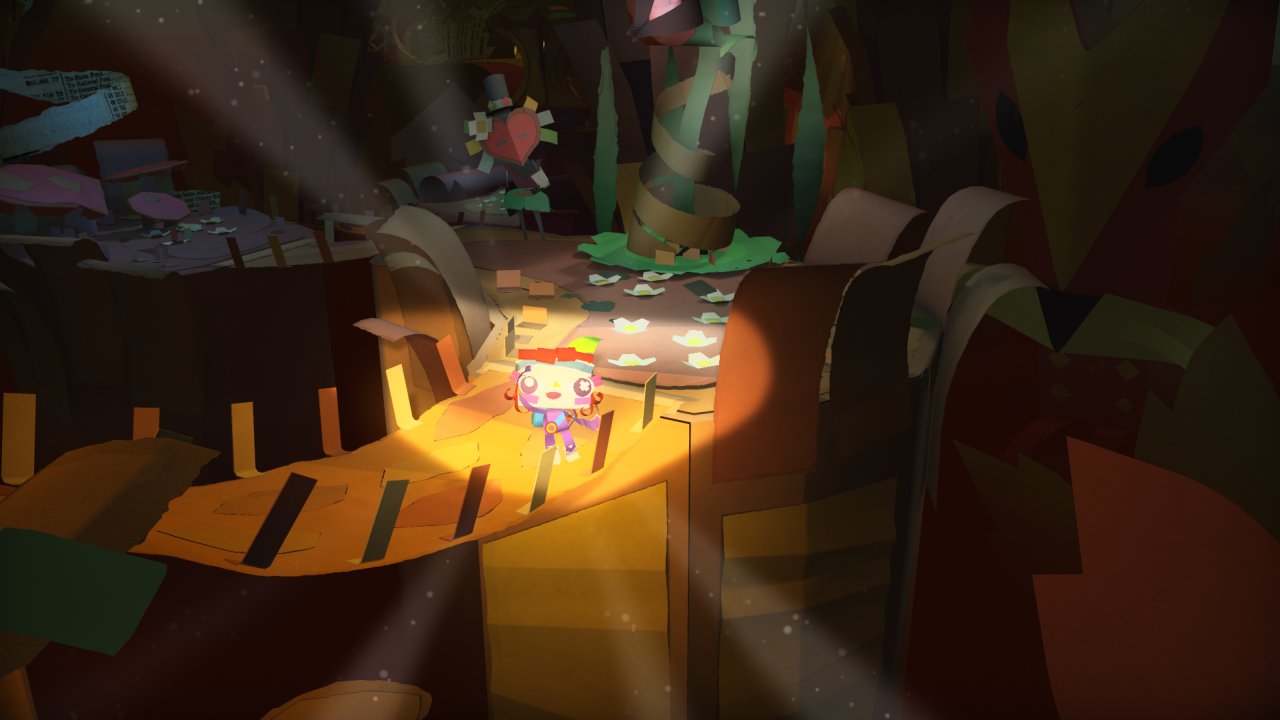 By holding down either trigger, the controller’s light bar becomes an actual beam of light in the game world that is controlled by the motion sensor; use it to stun or control enemies, or clear a path. By swiping your touch pad in any direction, you’re able to create gusts of wind that influence the environment; this is used both for traversal and puzzle solving. Some surfaces act as trampolines, but these can only be activated by pressing on the touchpad rather than your usual jump button. The latter mechanic gets a little annoying because it’s awkward to execute these jumps using the touchpad, especially when there is a series of them in a row. Finally, the player can have Iota/Atoi throw various items or animals towards you into the screen, so that you can flick them back into the game world for puzzles or during combat. It’s neat that you can hear the animals chirp through the DualShock’s speaker while they are in there.

Finally, the touchpad is also used for pure creativity. In true Media Molecule fashion, the game lets players create whatever they’d like by drawing on the touchpad. It’s a bit difficult due to the obviously small surface area, but there is complete freedom here. The game will frequently ask players to create something – wings of a butterfly, snowflakes, a badge for the squirrel king – and whatever you make will appear in the game. It’s both amusing and engaging to see these creations be used in the game. Watching the ugly clouds you’ve scribbled together roll across the sky is a constant reminder of your lack of artistic talent. Players can also decorate their messenger by applying stickers, face items, and so on. It’s a testament to the developers that they can prompt players to be creative in different ways from LBP.

Many of these elements are also used during combat encounters. Your main enemy in the game are scraps, small and feisty square boxes. There are a few varieties, such as tall, flying, and even stacking enemies. As you have no means to attack with Iota/Atoi, your only option is to use the controller. When enemies are mid-air for an attack, you can use wind gusts to blow them off the level. With your light, you can guide them off the ledge as well, or into path of danger. Tall and flying enemies can be controlled to attack whatever you point at. And as mentioned, you can deal with them yourself by having the messenger throw you things, and you flicking them back at the enemies. If you happen to fail, whether it’s in combat or during platforming, the last checkpoint is very close by. 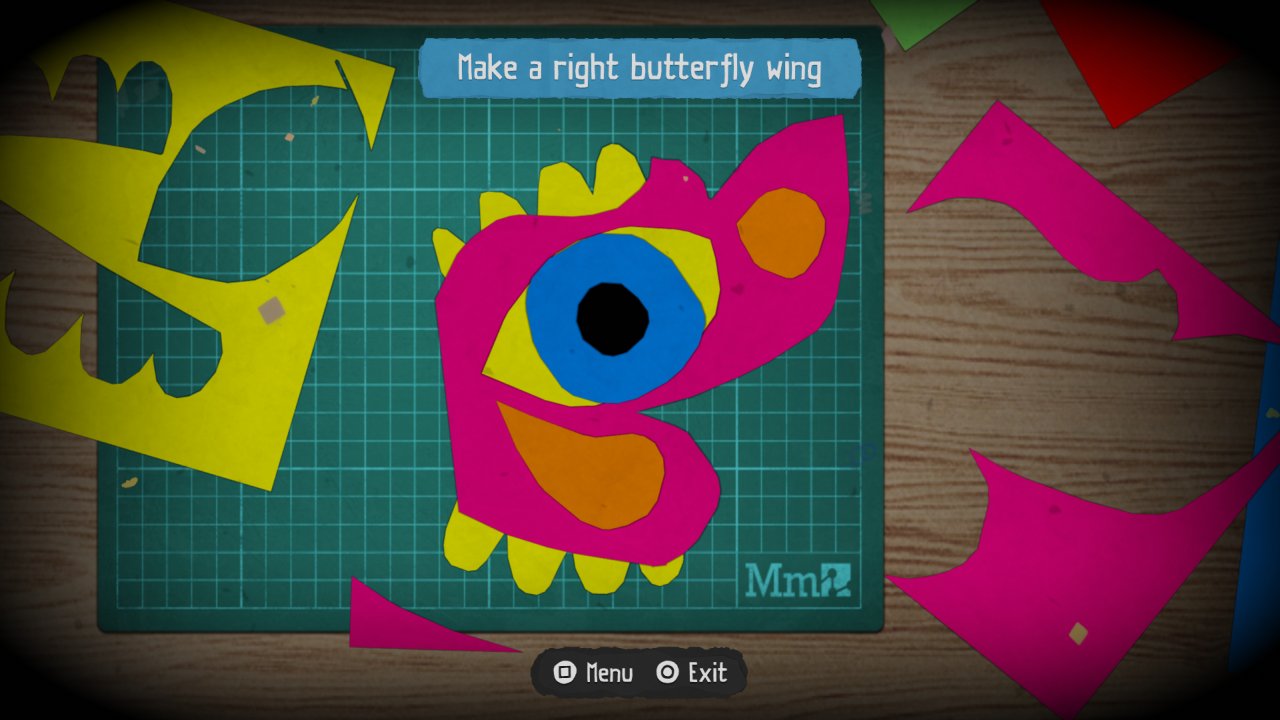 When you’re not in combat or working your way through the linear 3D platforming levels, there are a few semi-open hub areas across the campaign. Here you’ll find a few inhabitants to chat with, and some will have basic sidequests, such as drawing something for them, or customizing their appearance. Your rewards are bunches of colorful confetti, which is the main currency in the game. You also collect lots of it from combat and just finding it throughout the environments. You use confetti to unlock new customization parts for your messenger.

After completing the decently long story, players can drive back into any chapter and hunt for collectibles or any confetti they missed. You have a camera, which can be used to take photos of your adventures (and even selfies), which are stored and can be shared via the Tearaway App. If you manage to find hidden colorless figures in the game, taking a photo of them reveals their colors and also unlocks actual paper craft models – which you can build yourself using instructions from the game’s website. The game also occasionally utilizes the PlayStation Camera and a microphone, but they are not necessary for progression.

Tearaway Unfolded is another great entry into the PlayStation catalog from Media Molecule. Despite reaching great success with the LPB formula, the developers tried something new, and created a title that’s different but still familiar. The game’s unique paper-centric visuals are wonderfully executed, and you won’t find many better uses of the DualShock 4’s various inputs. Your creative mettle will be tested to see if you can actually draw something worthwhile and to see it materialize in the game world is quite rewarding. The platforming and combat gameplay is unremarkable and you have unlimited lives, but it works well with the game’s highly accessible nature. If you’re looking for an easily enjoyable adventure through a unique world, Tearaway Unfolded is a worthwhile choice.

Our ratings for Tearaway Unfolded on PlayStation 4 out of 100 (Ratings FAQ)
Presentation
85
The game looks and sounds quite welcoming, with a unique visual aesthetic and solid production values.
Gameplay
78
The game uses the DualShock 4 in many ways, most of them both creative and engaging. The core 3D platforming is serviceable.
Single Player
70
A decently long campaign that has some replay value thanks to quests and collectibles.
Multiplayer
NR
None
Performance
90
The game runs without any issues on the PS4, even with the many ways you can interact with the controller and the game world. Loading times can be quite long, however.
Overall
79
A solid and accessible platformer, Tearaway Unfolded offers a unique world and some creative uses of the controller. 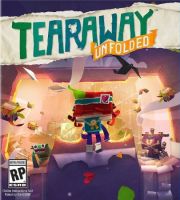 All videos for Tearaway Unfolded (4)
Advertisement ▼